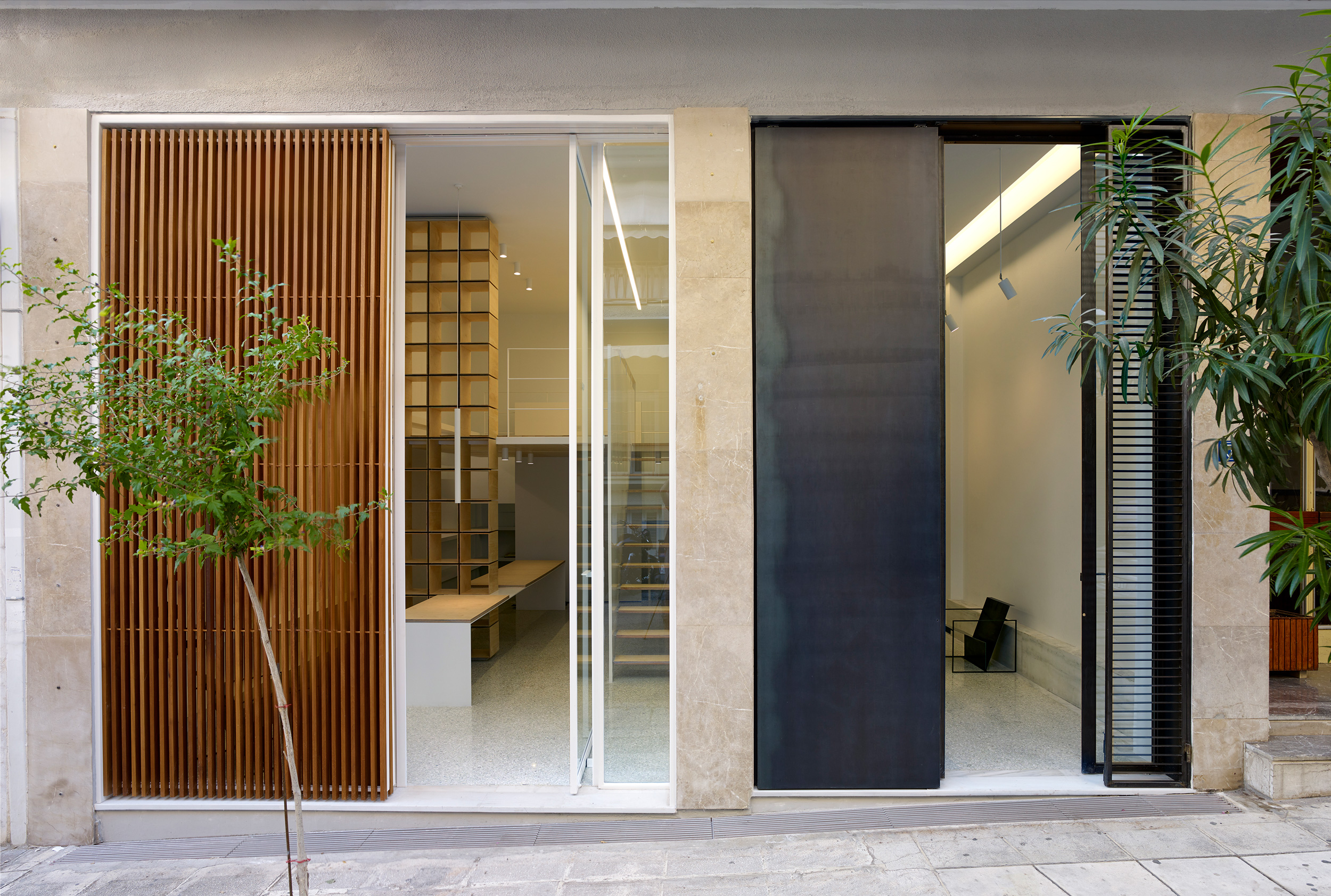 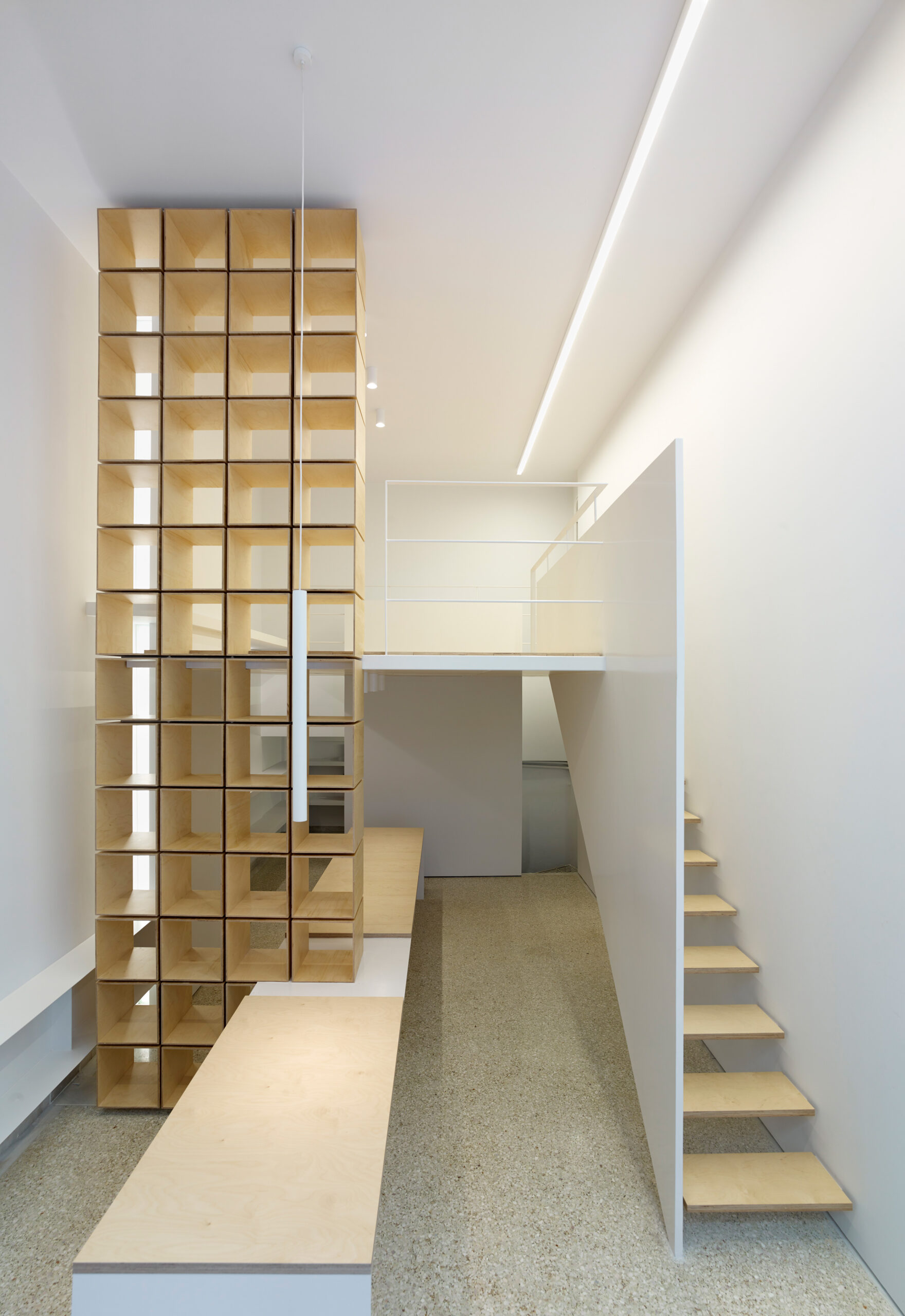 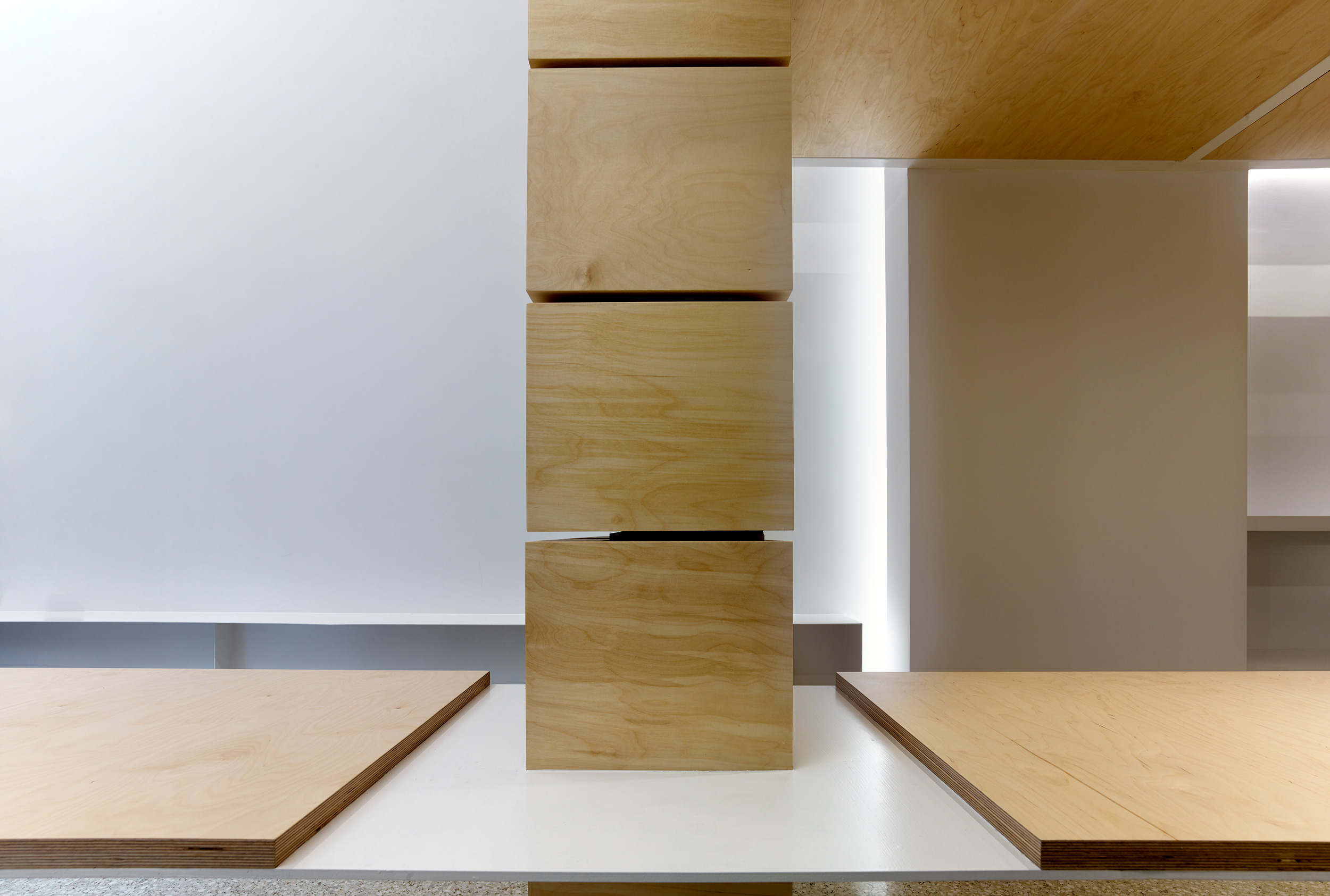 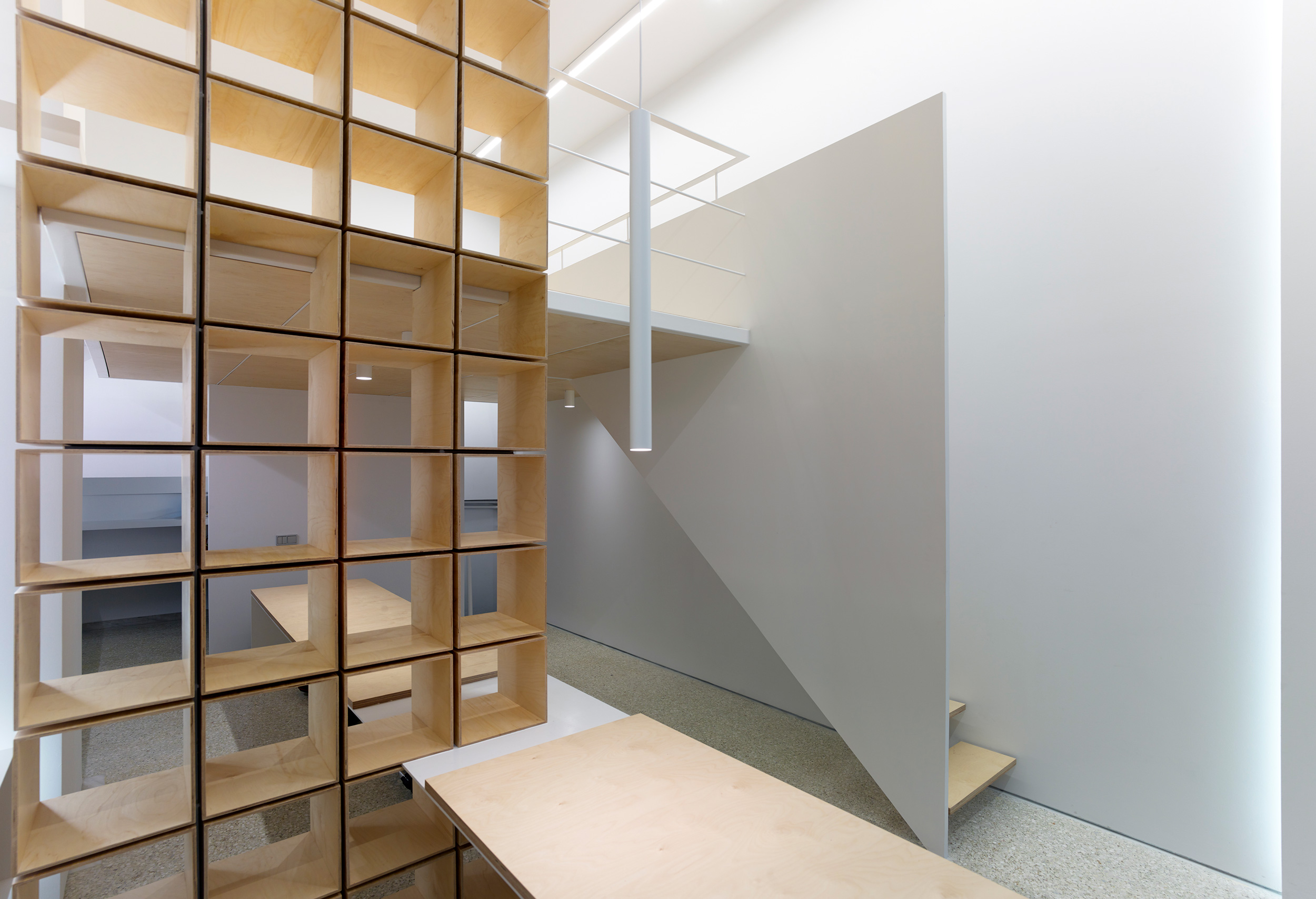 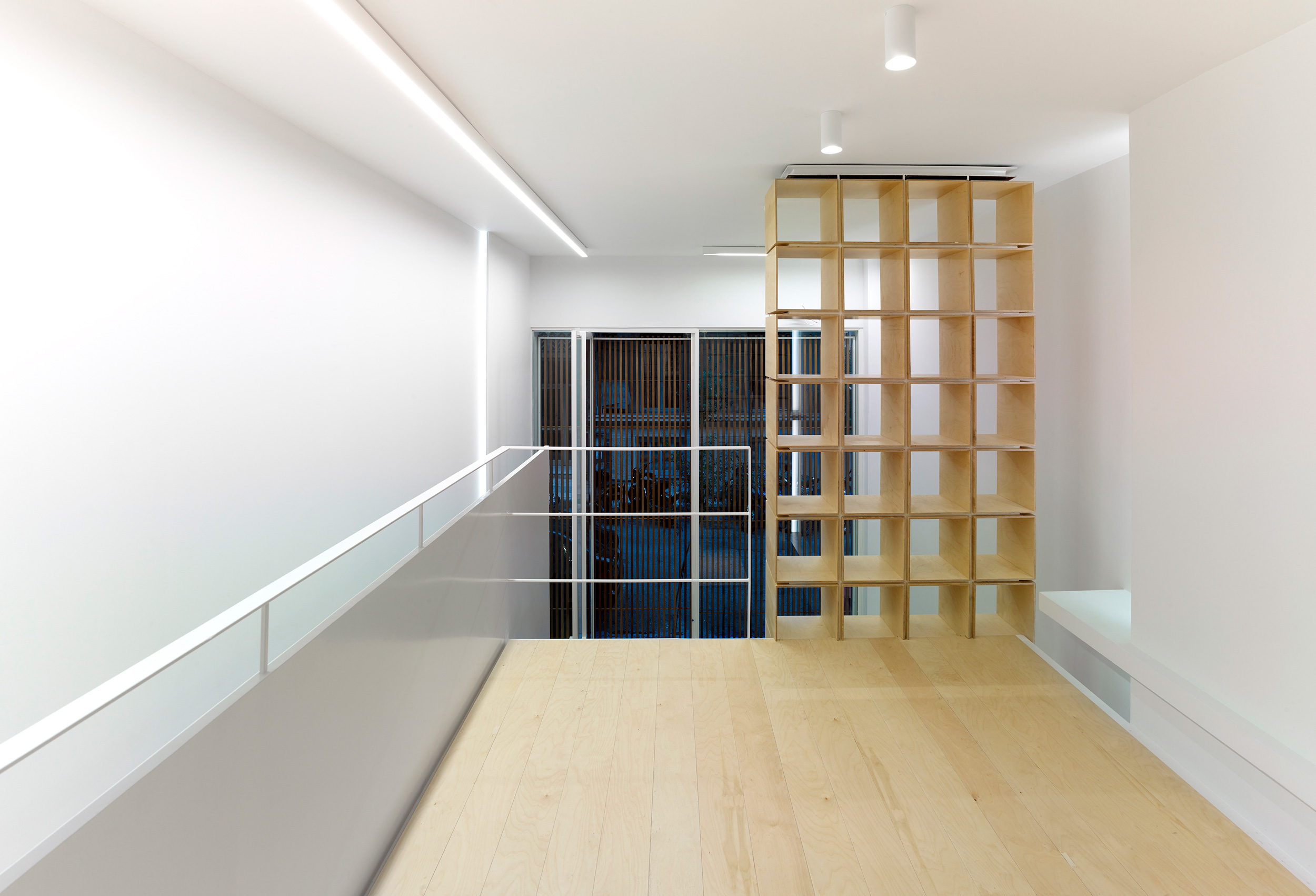 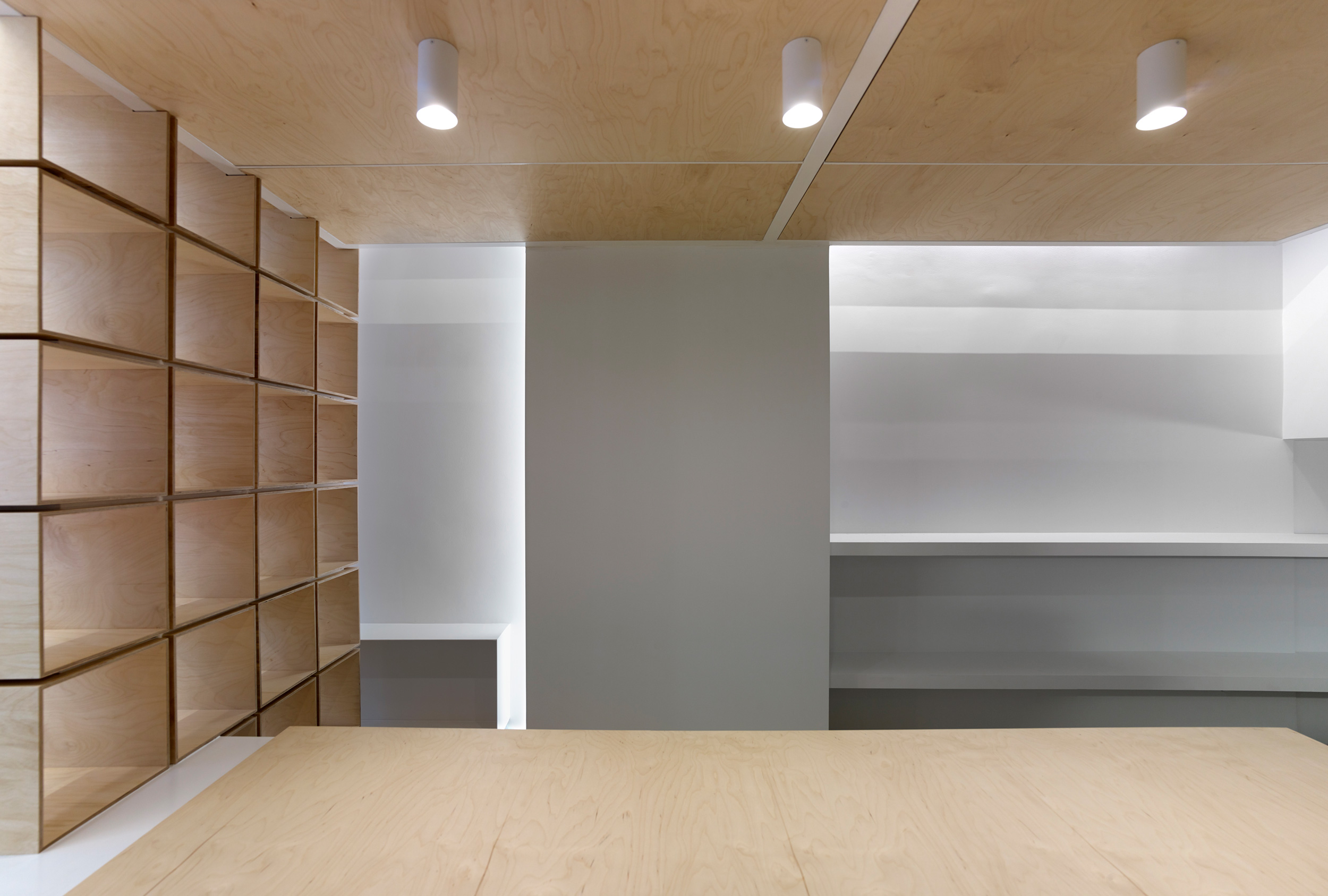 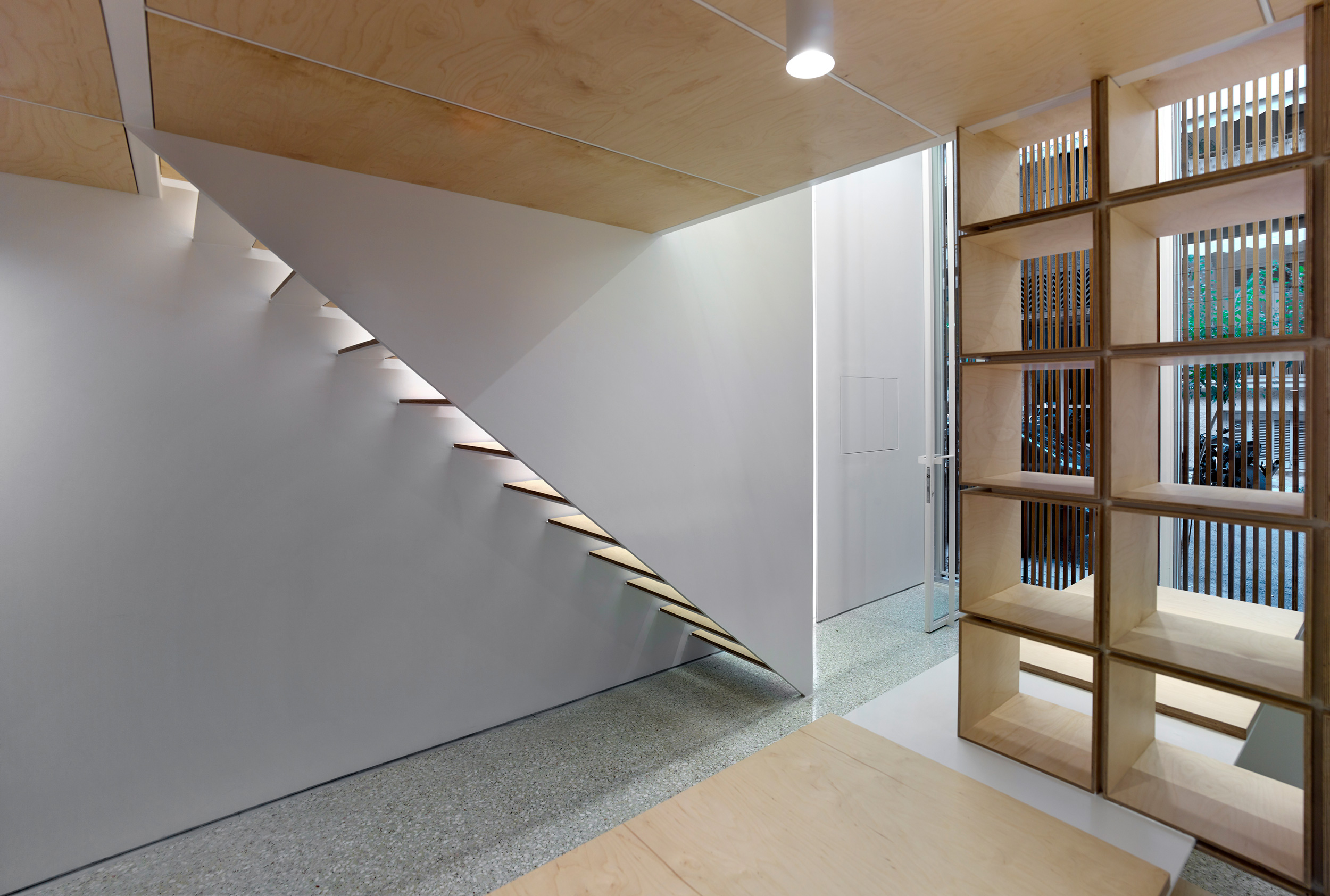 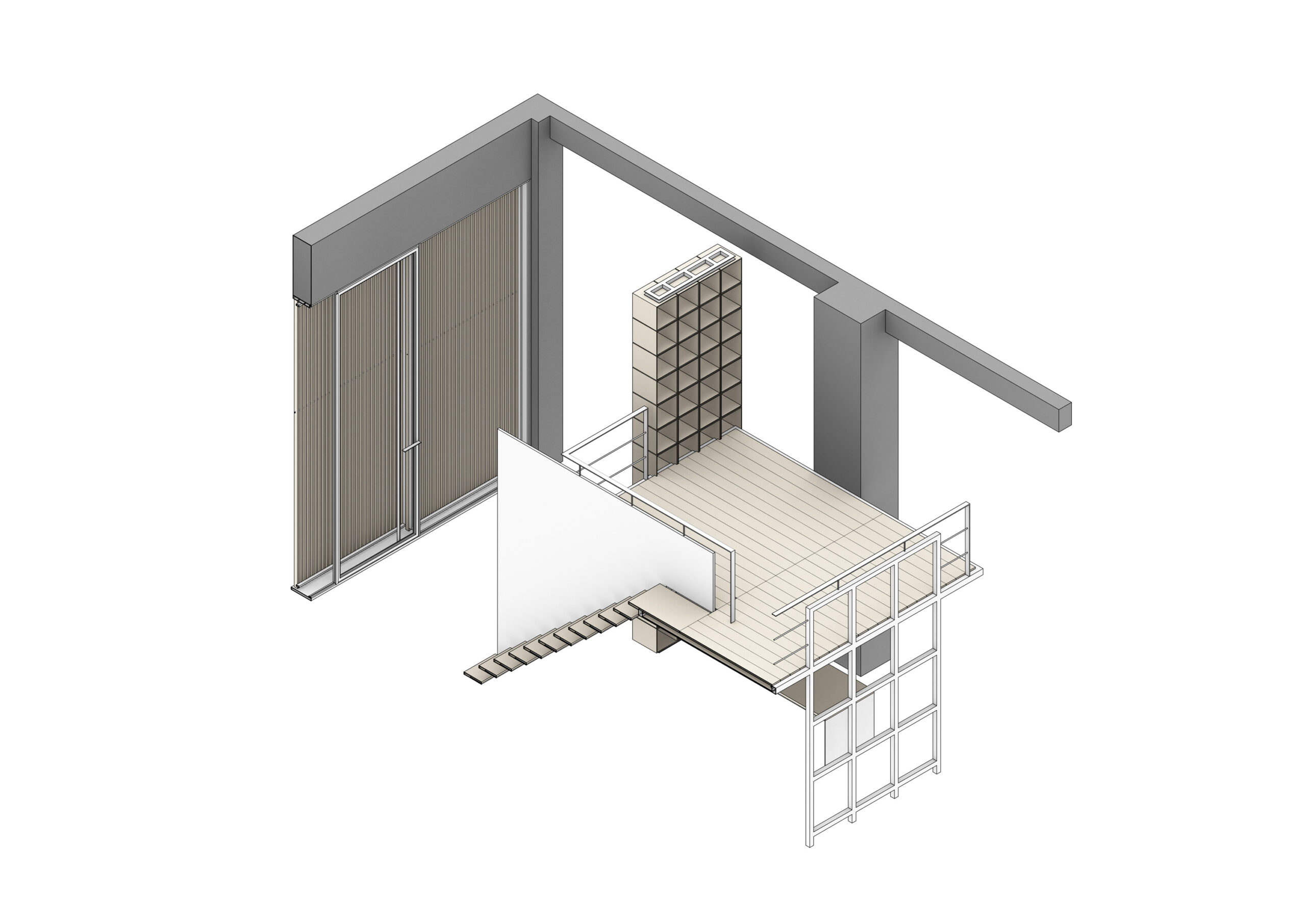 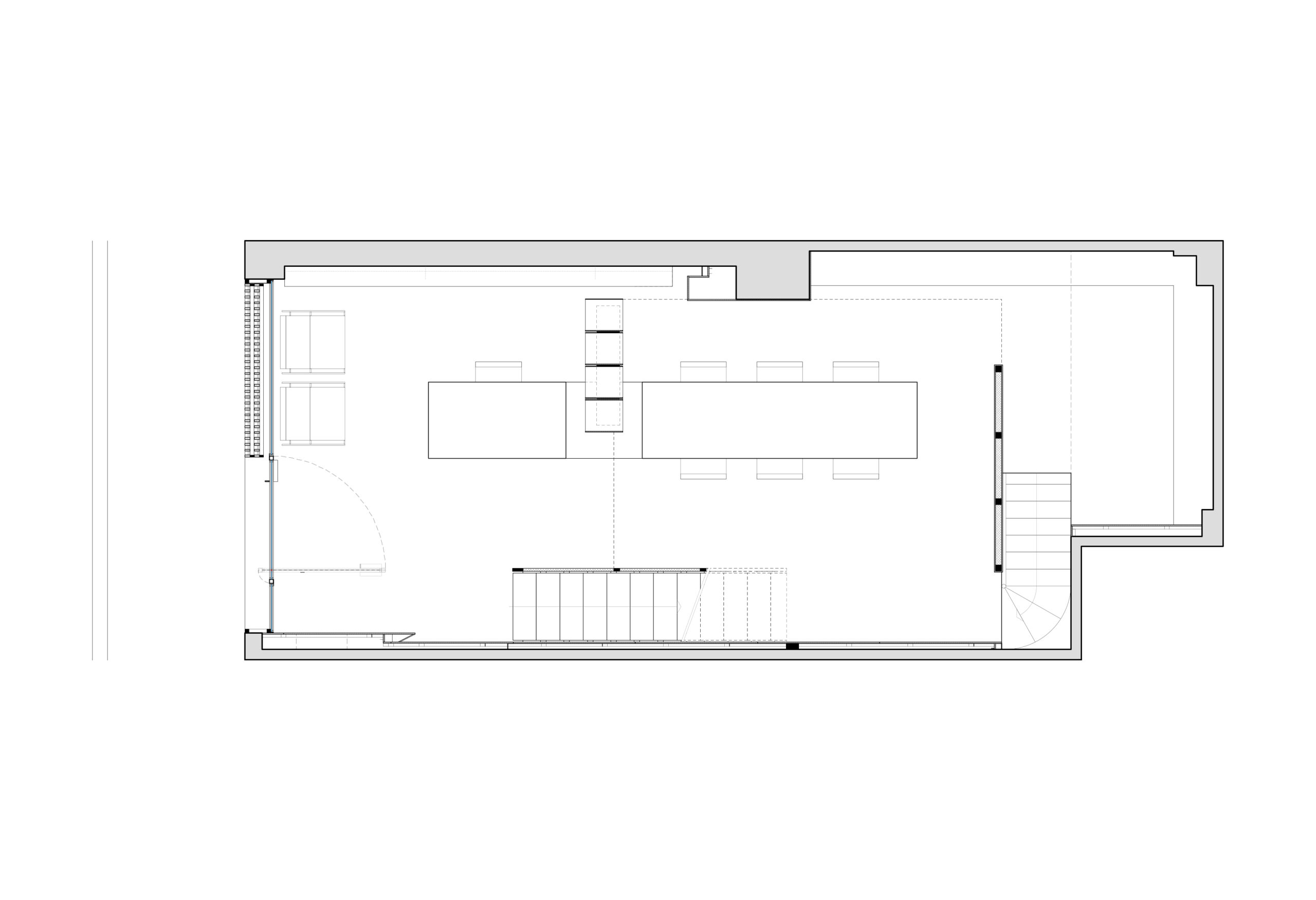 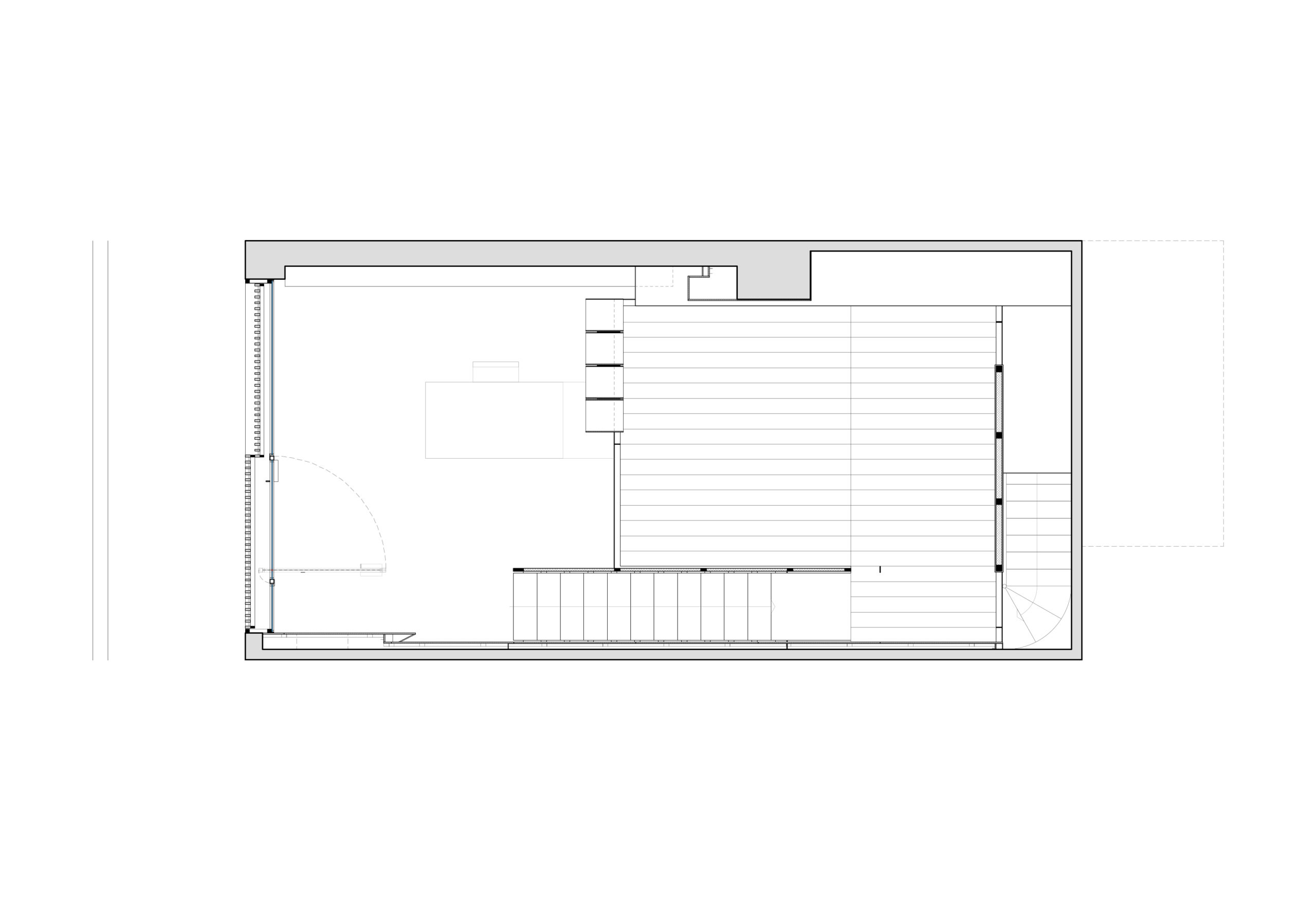 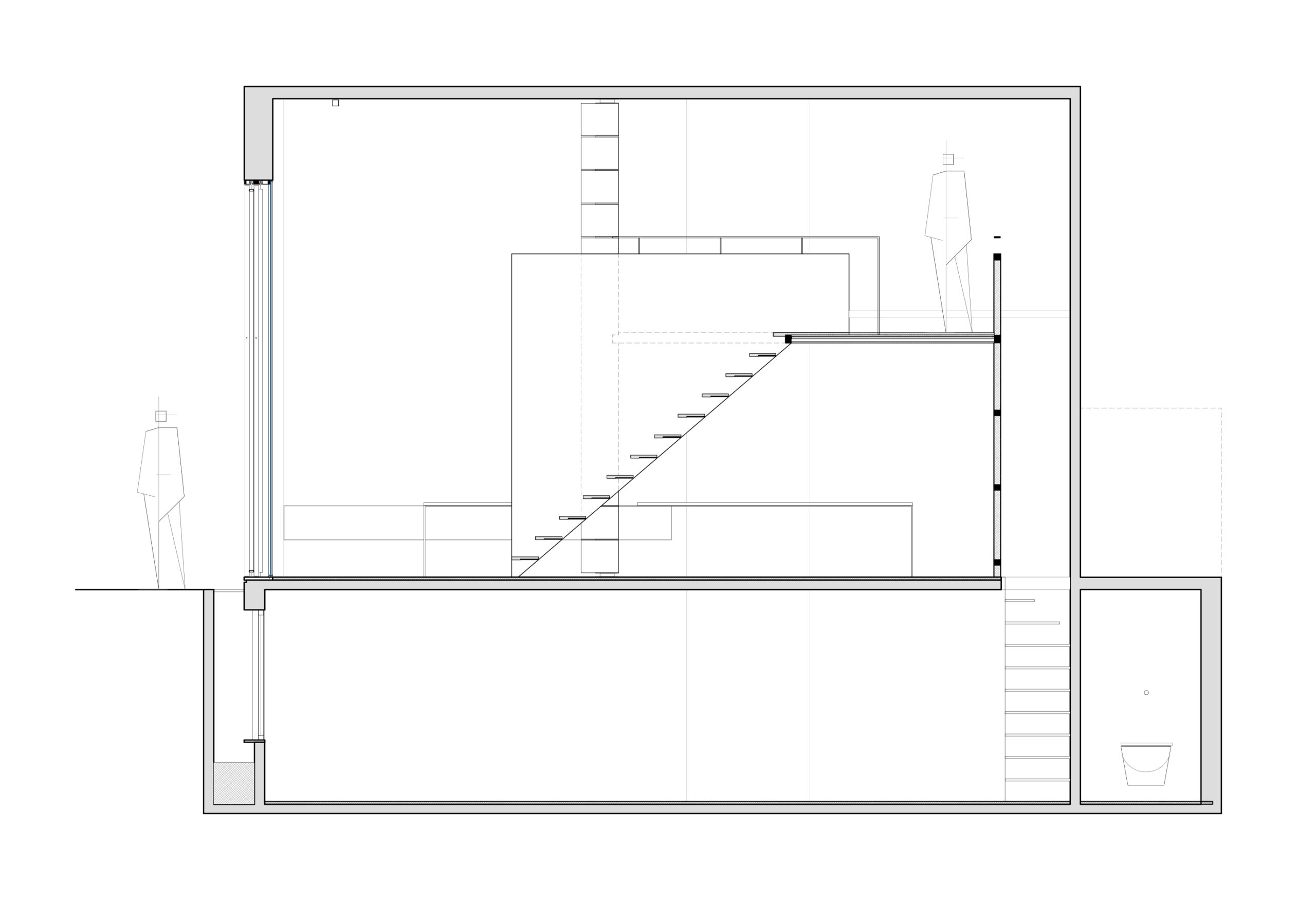 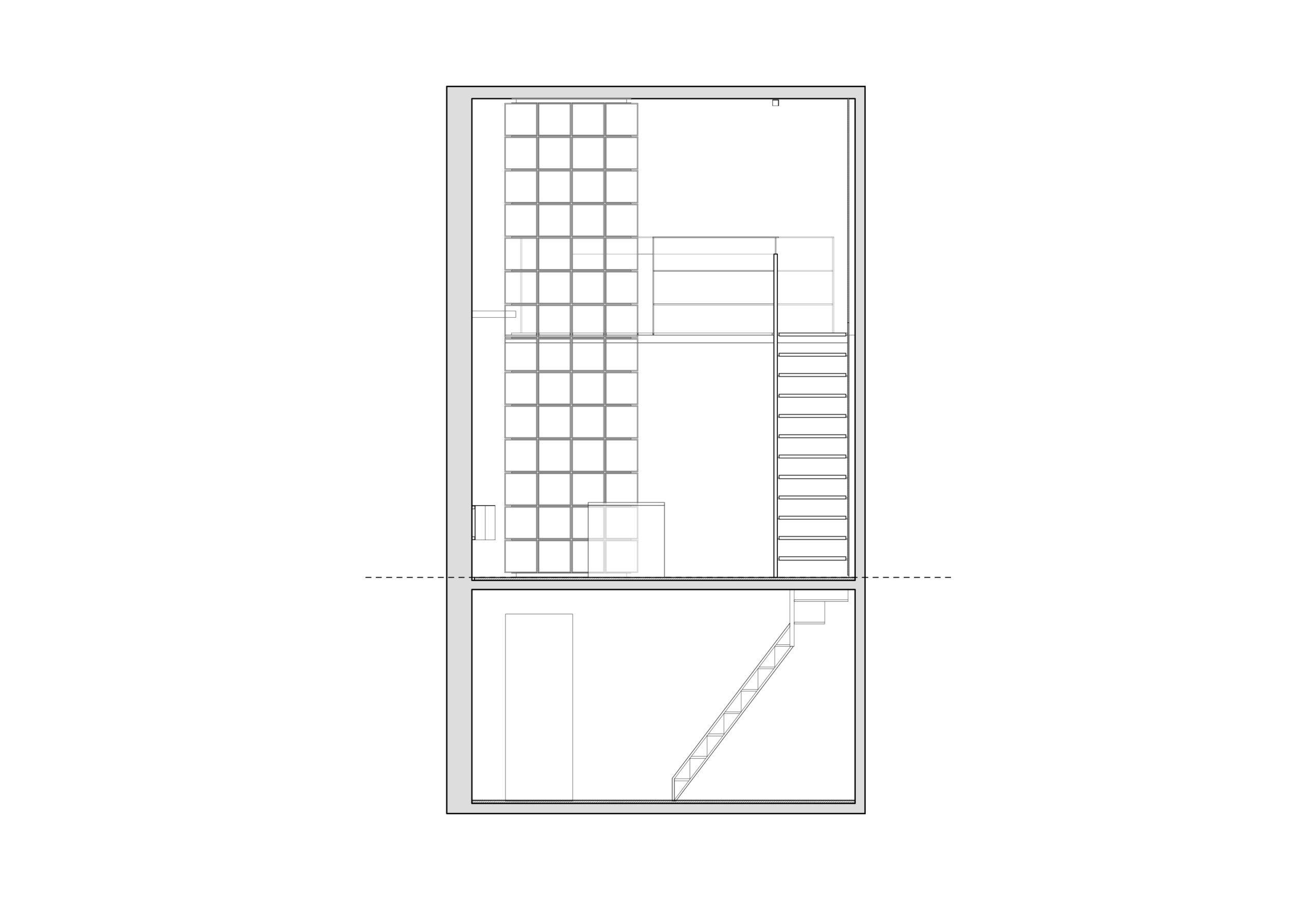 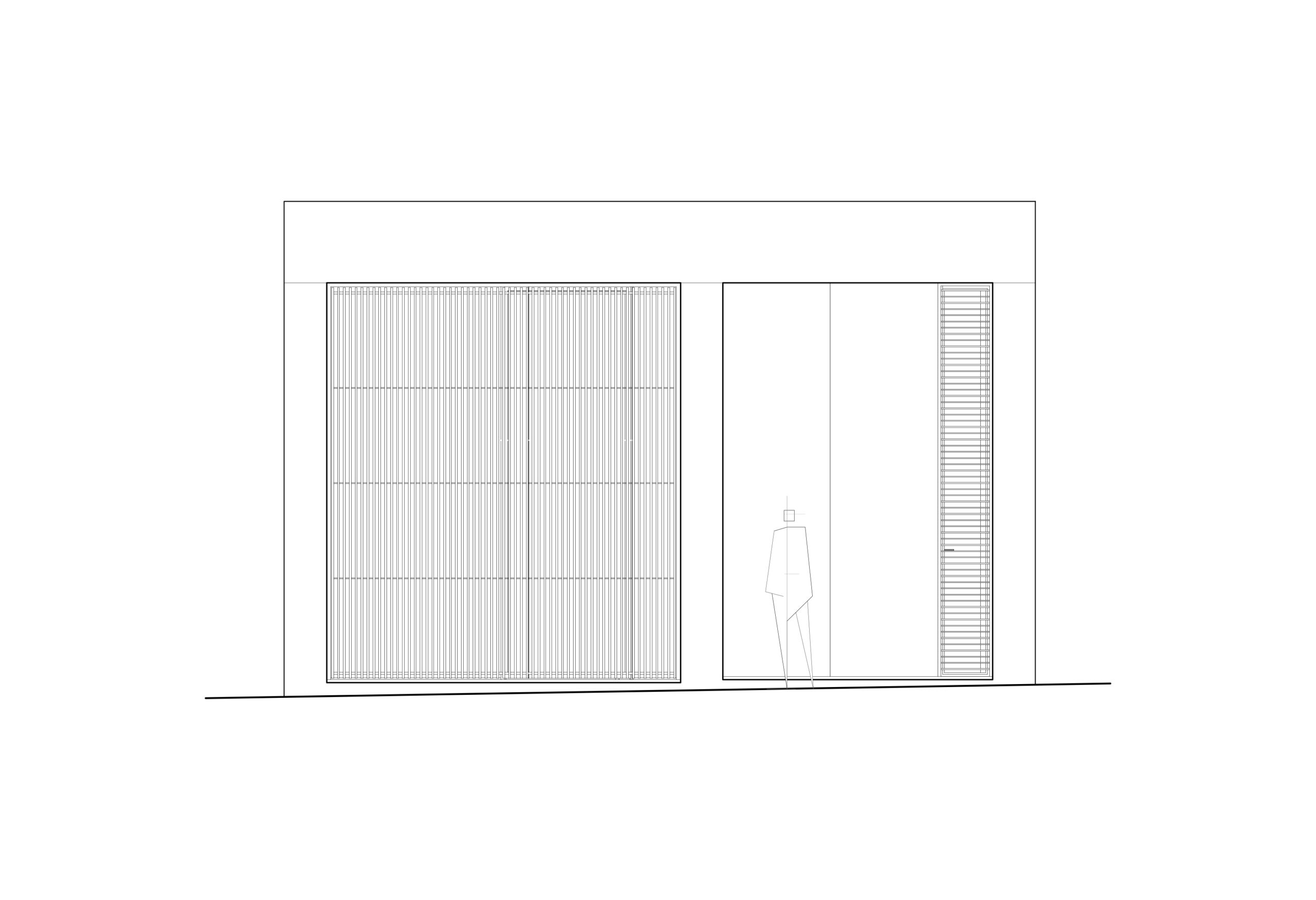 Two adjacent but separate ground floor shops of an old Athenian apartment building in the area of Pagrati, constitute the framework of the architectural intervention that converted them into a solicitor office and an art studio. The main feature of the double intervention on the interior and on the facade is the creation of two modular, small-scale constructions independent of the existing structural system. The aim of this synthetic decision is to redefine the inhabitation of a ground floor in a dense urban environment highlighting the dialectical relation between intervention and the pre-existing order.

Specifically, the solicitor’s office, is a composite metal and wood construction that organises the working and reception areas in a linear way. An analytic-dissecting approach of its components reveals the large height of the existing interior. Both the handling of the facade and the elements that organise the interior investigate the sense of privacy through the idea of transparency.

The two interventions are integrated within the existing construction thus manifesting the rules of their structural design.

…continue to the next intervention (Artist’s Studio)