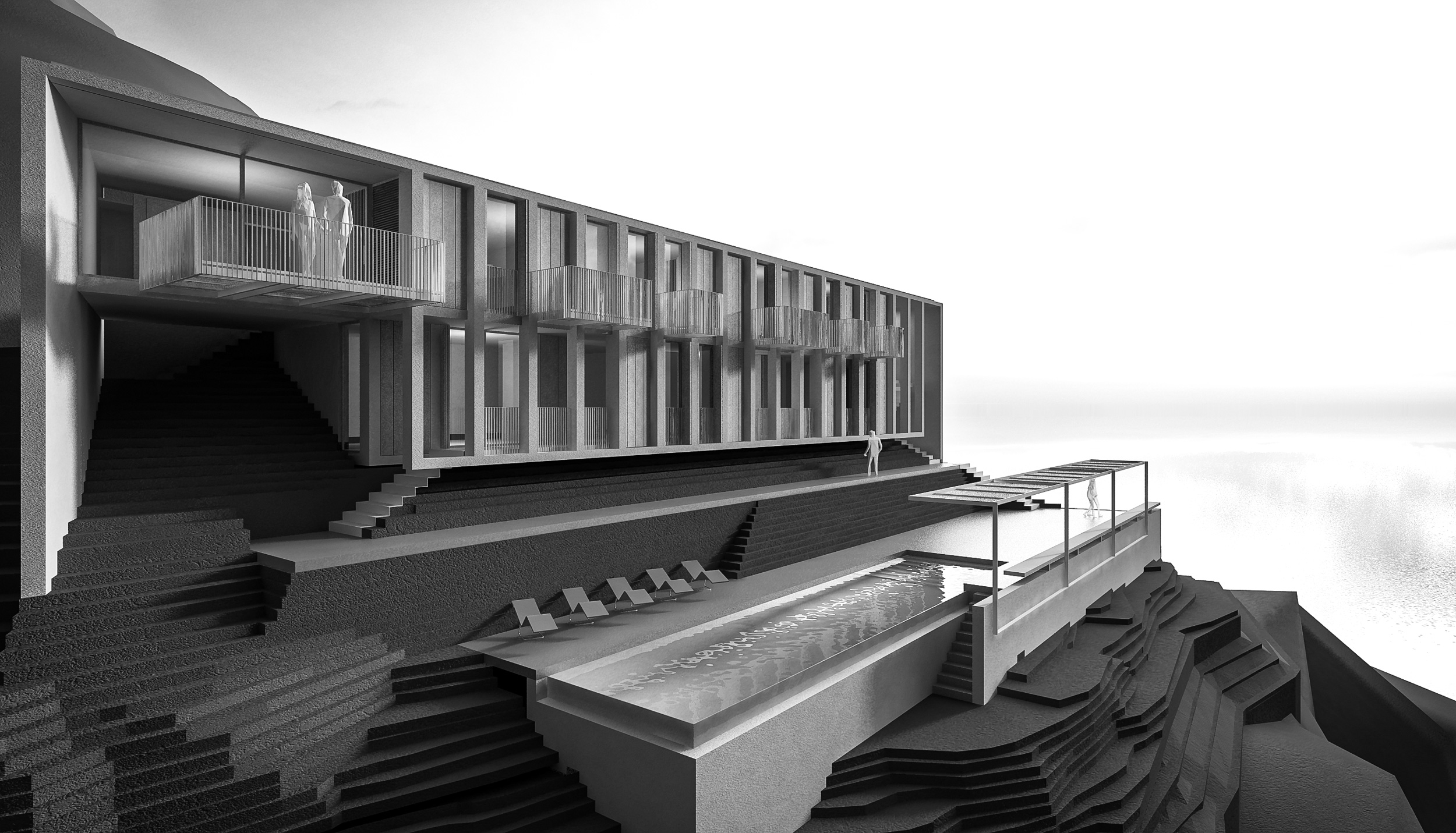 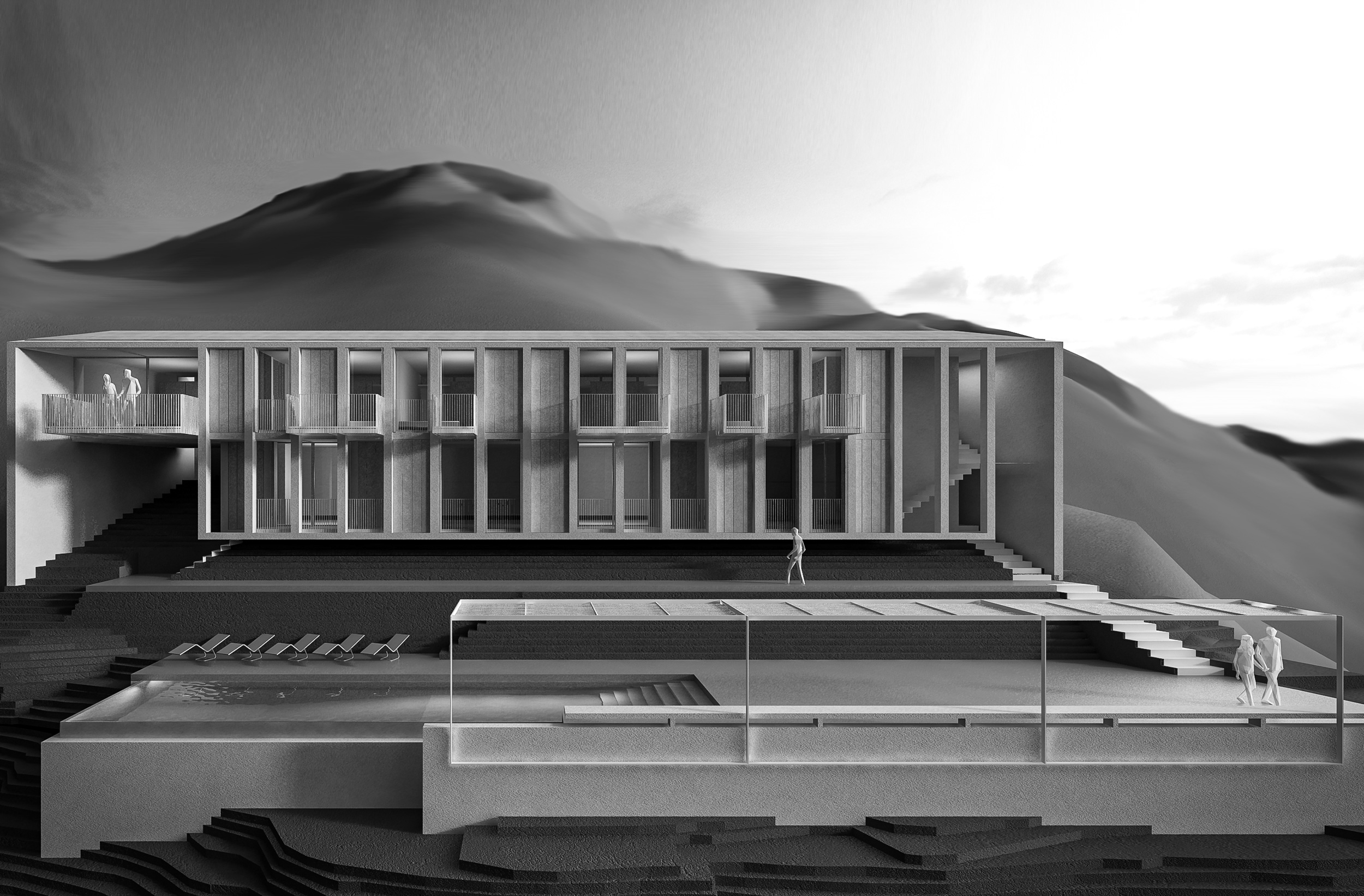 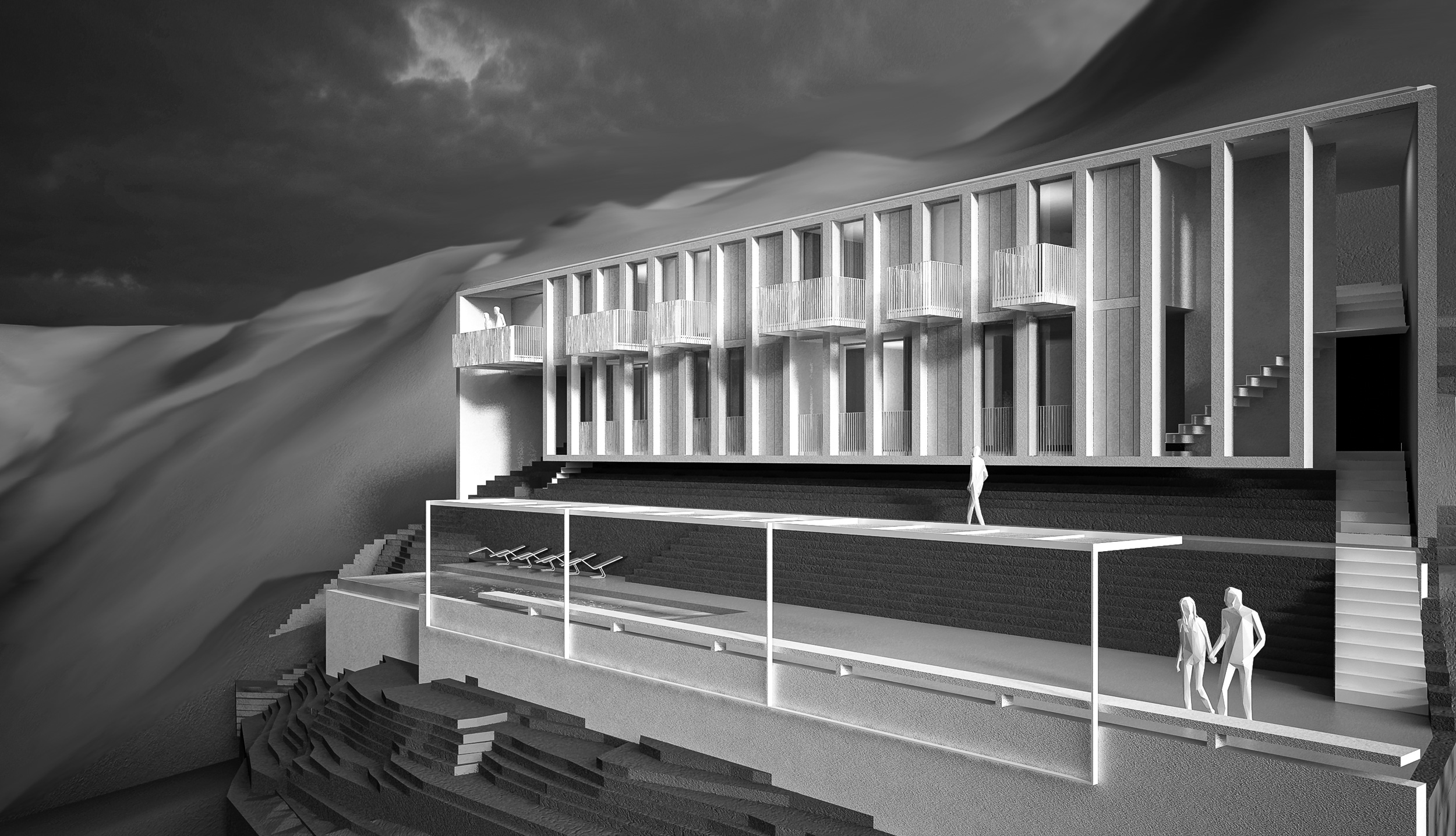 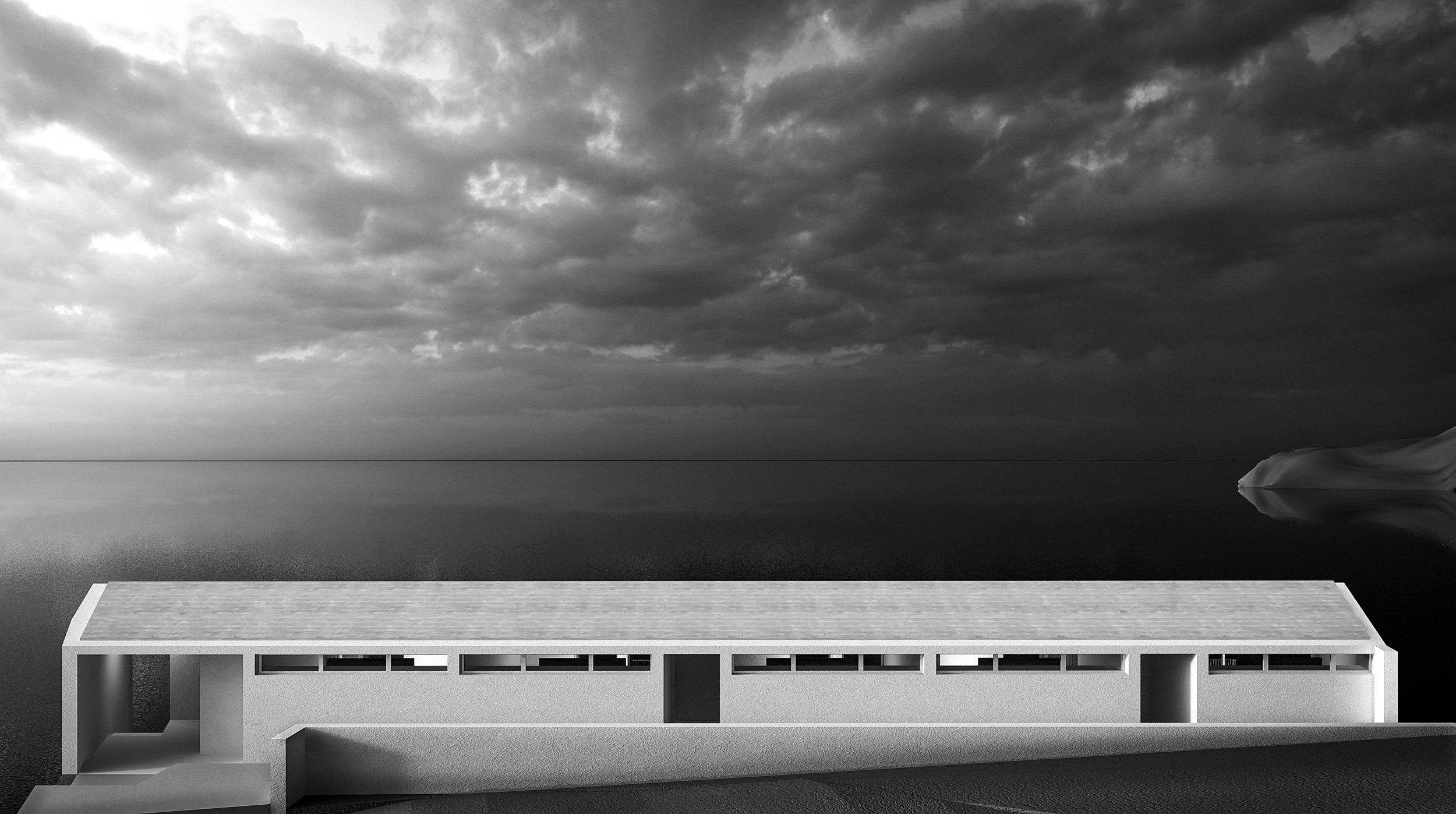 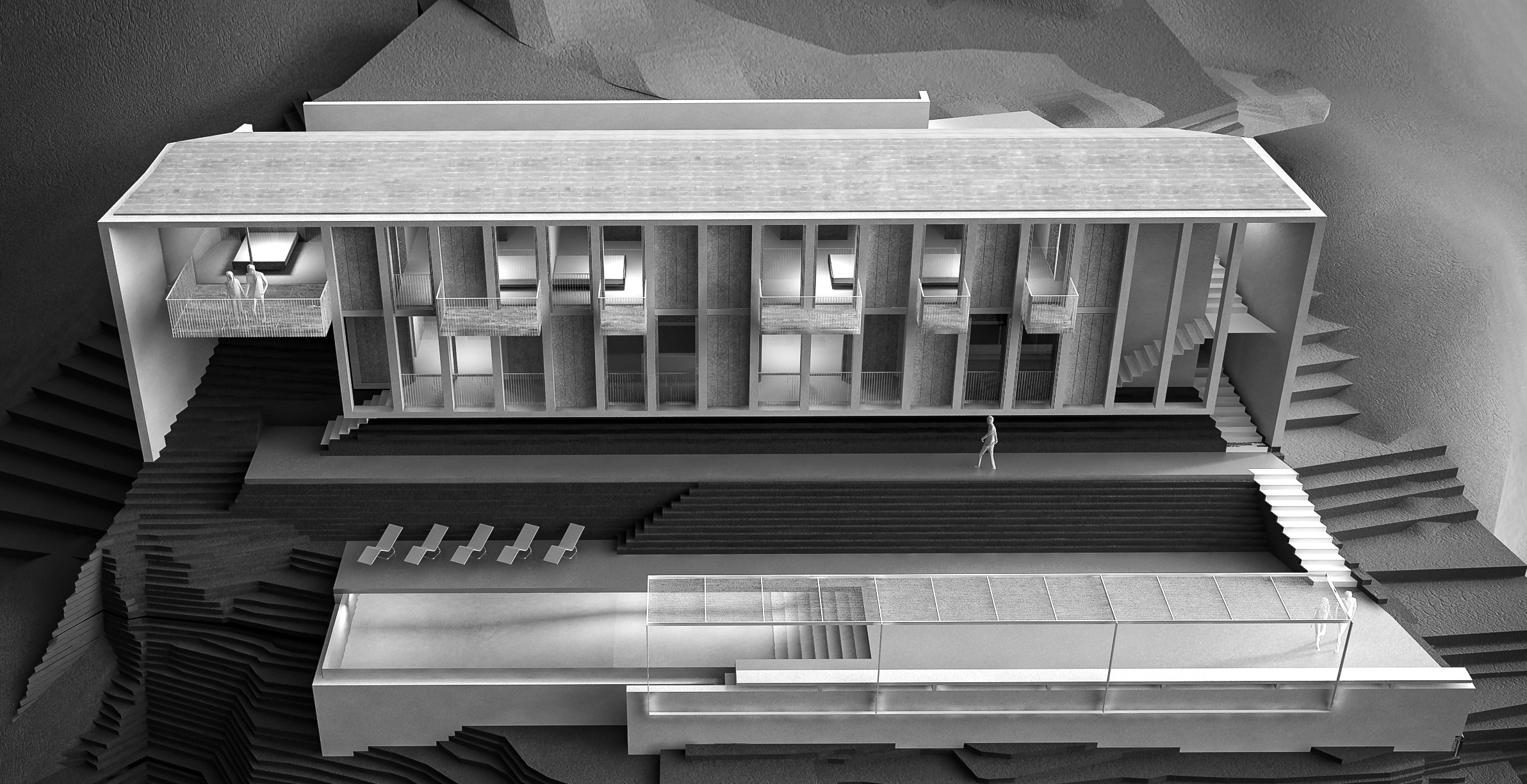 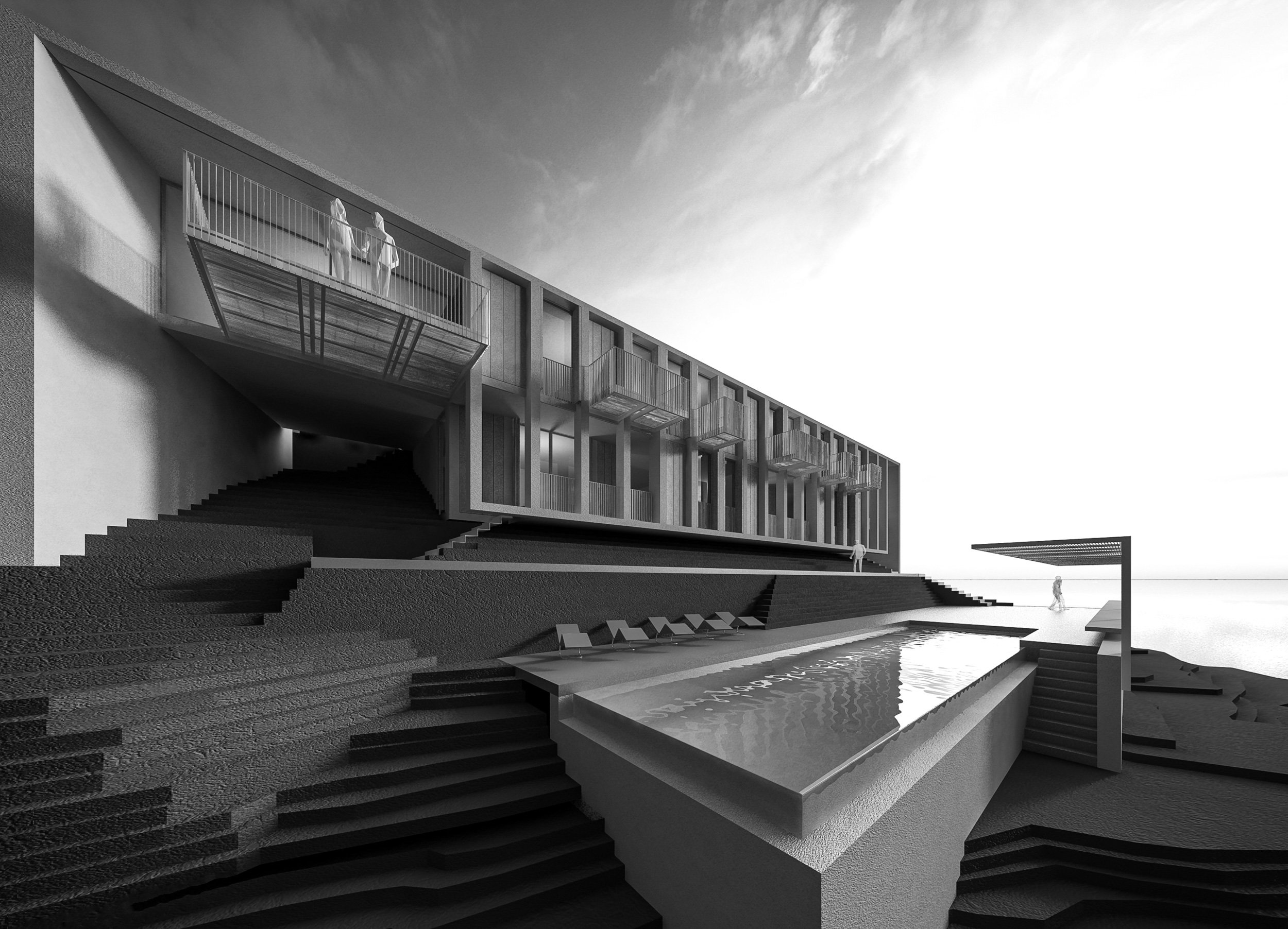 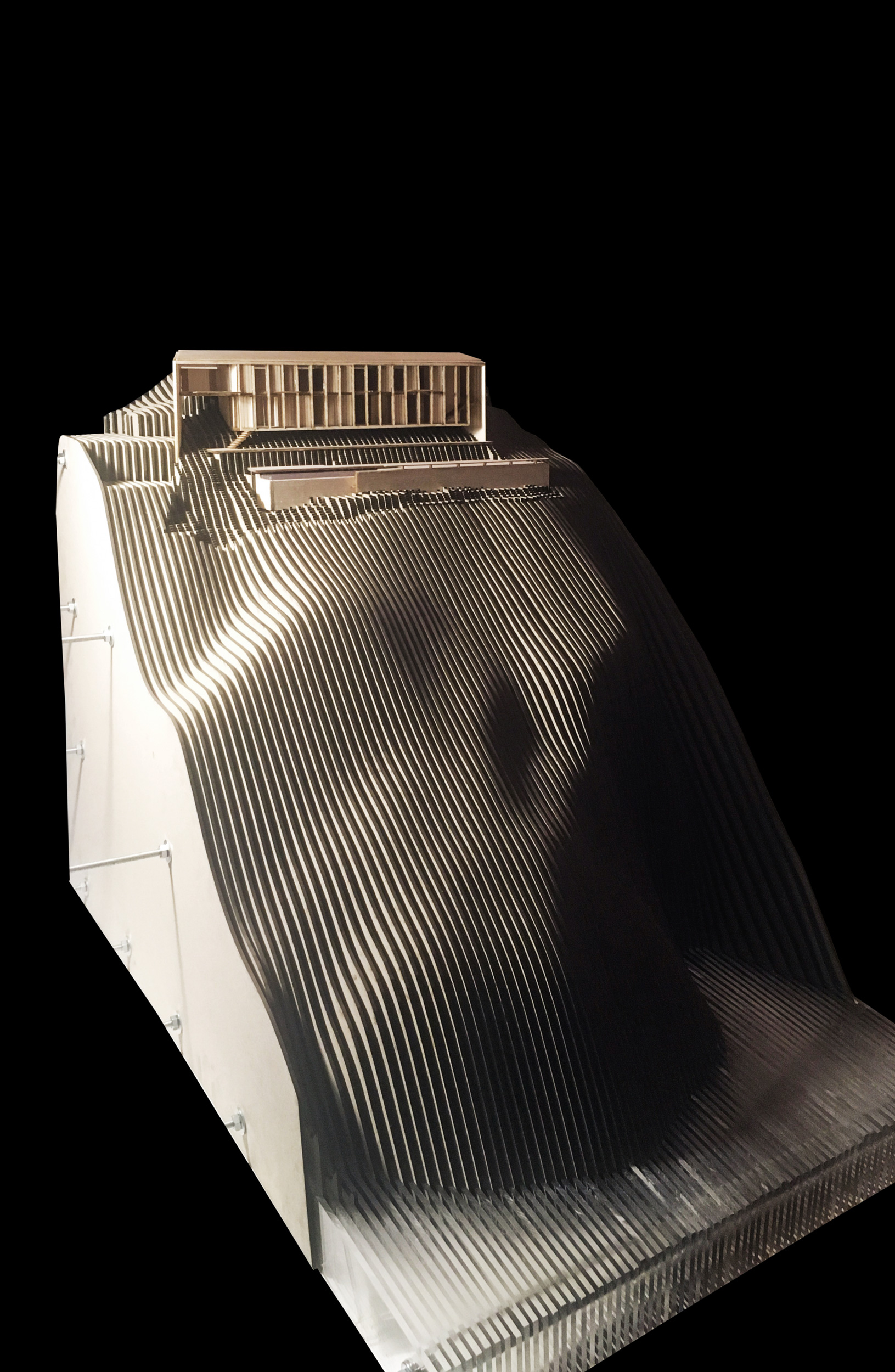 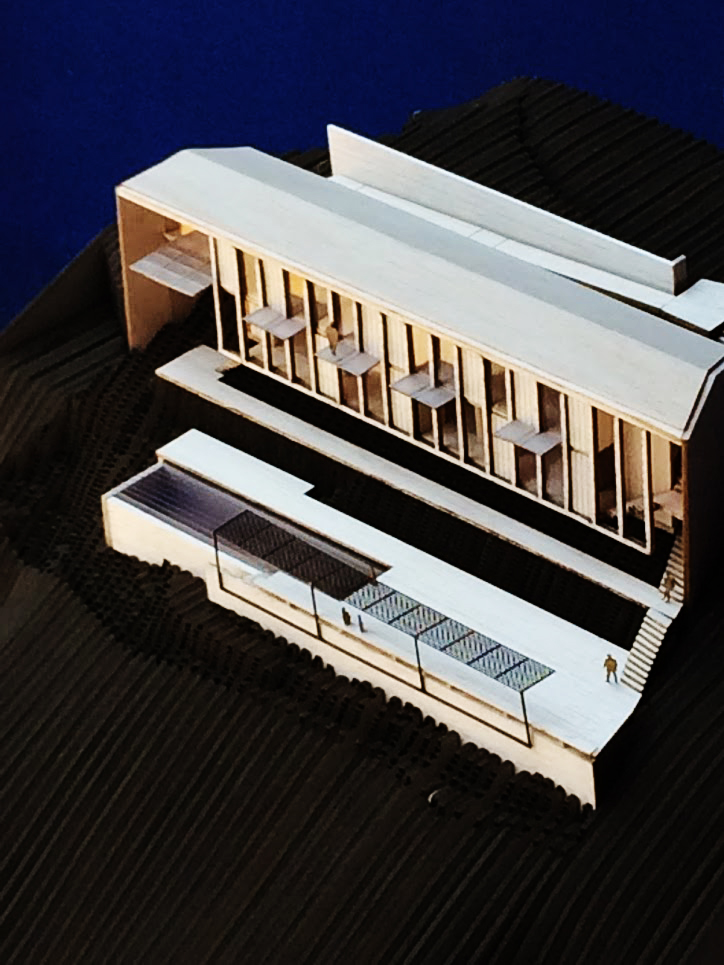 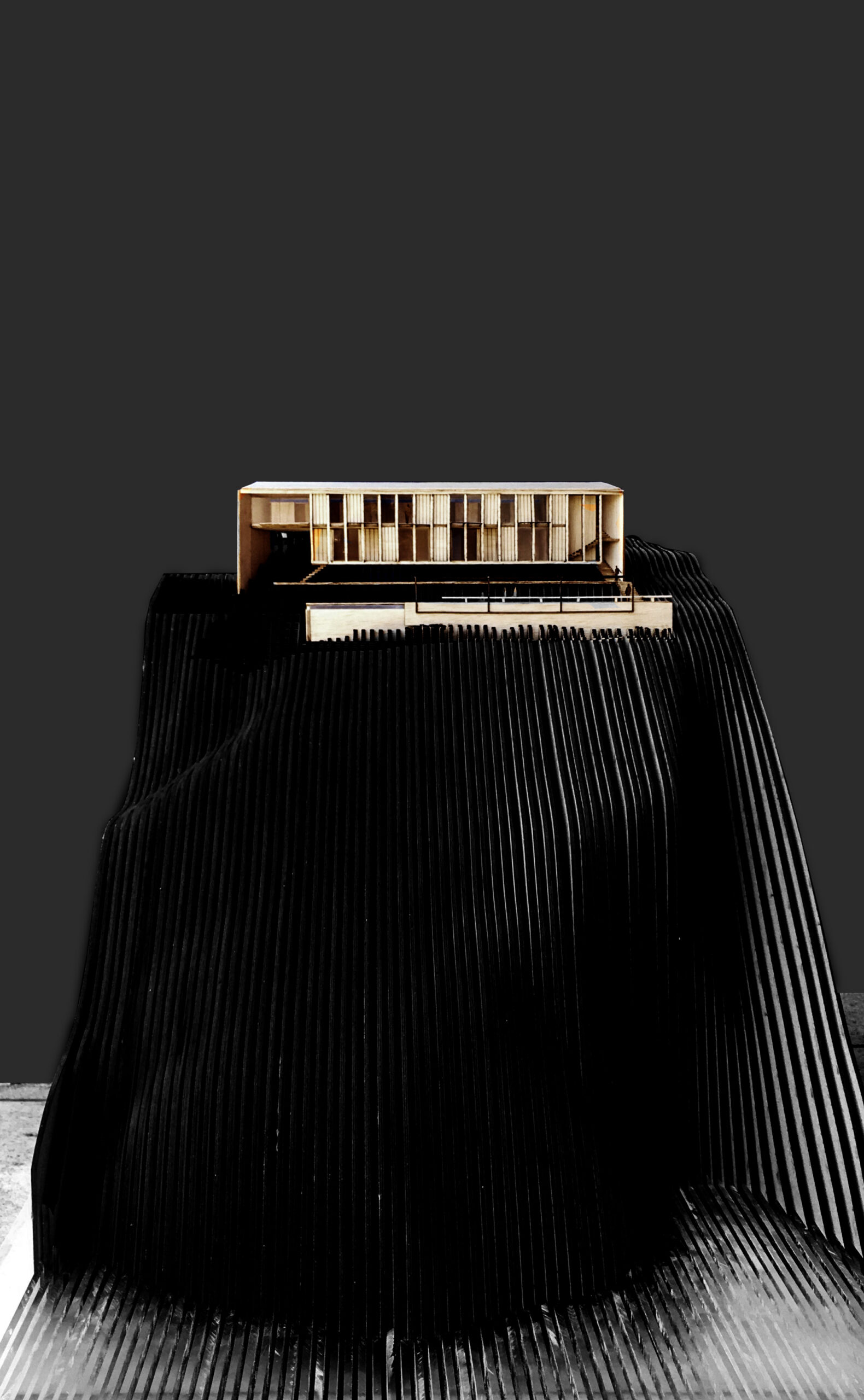 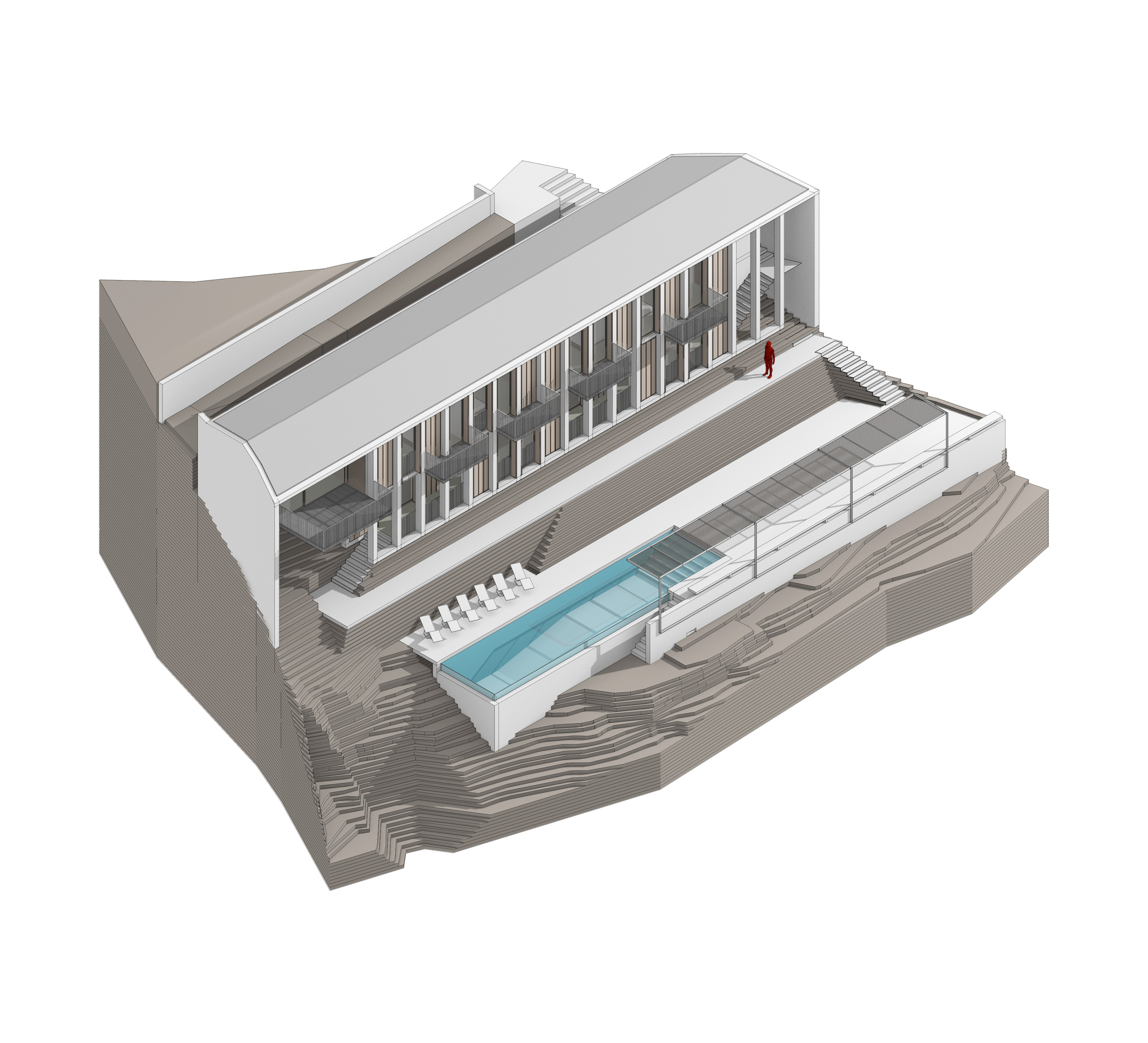 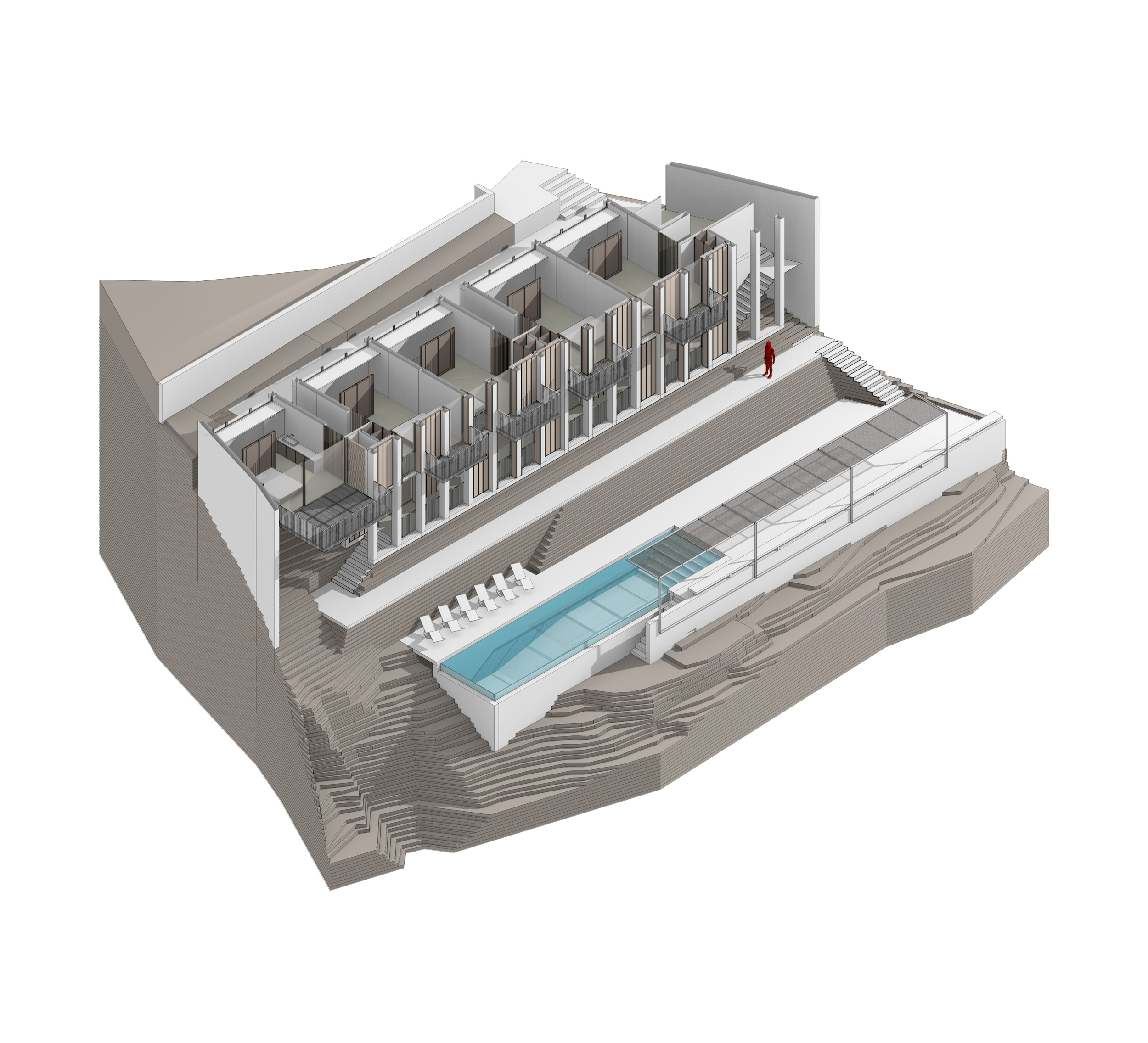 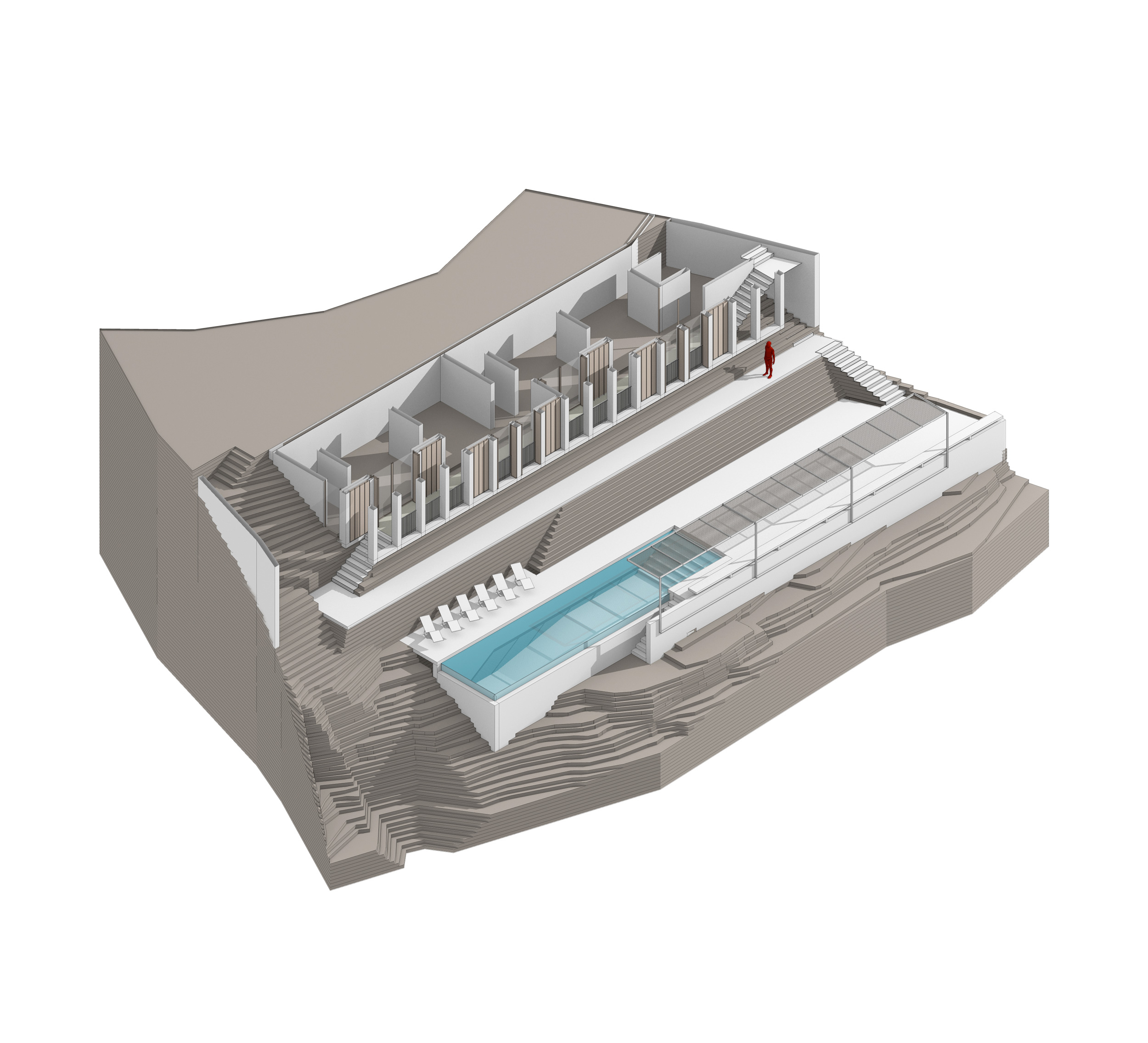 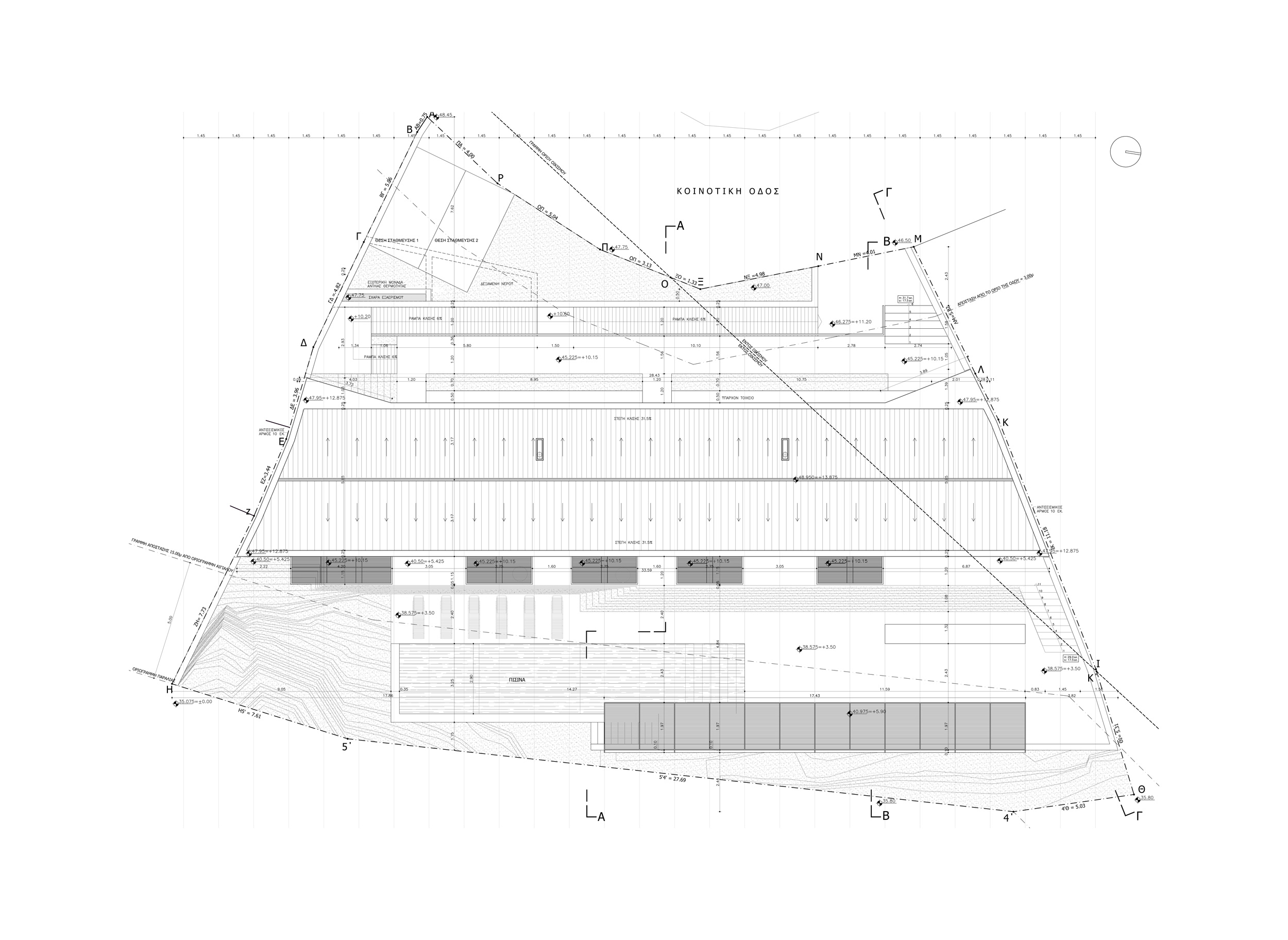 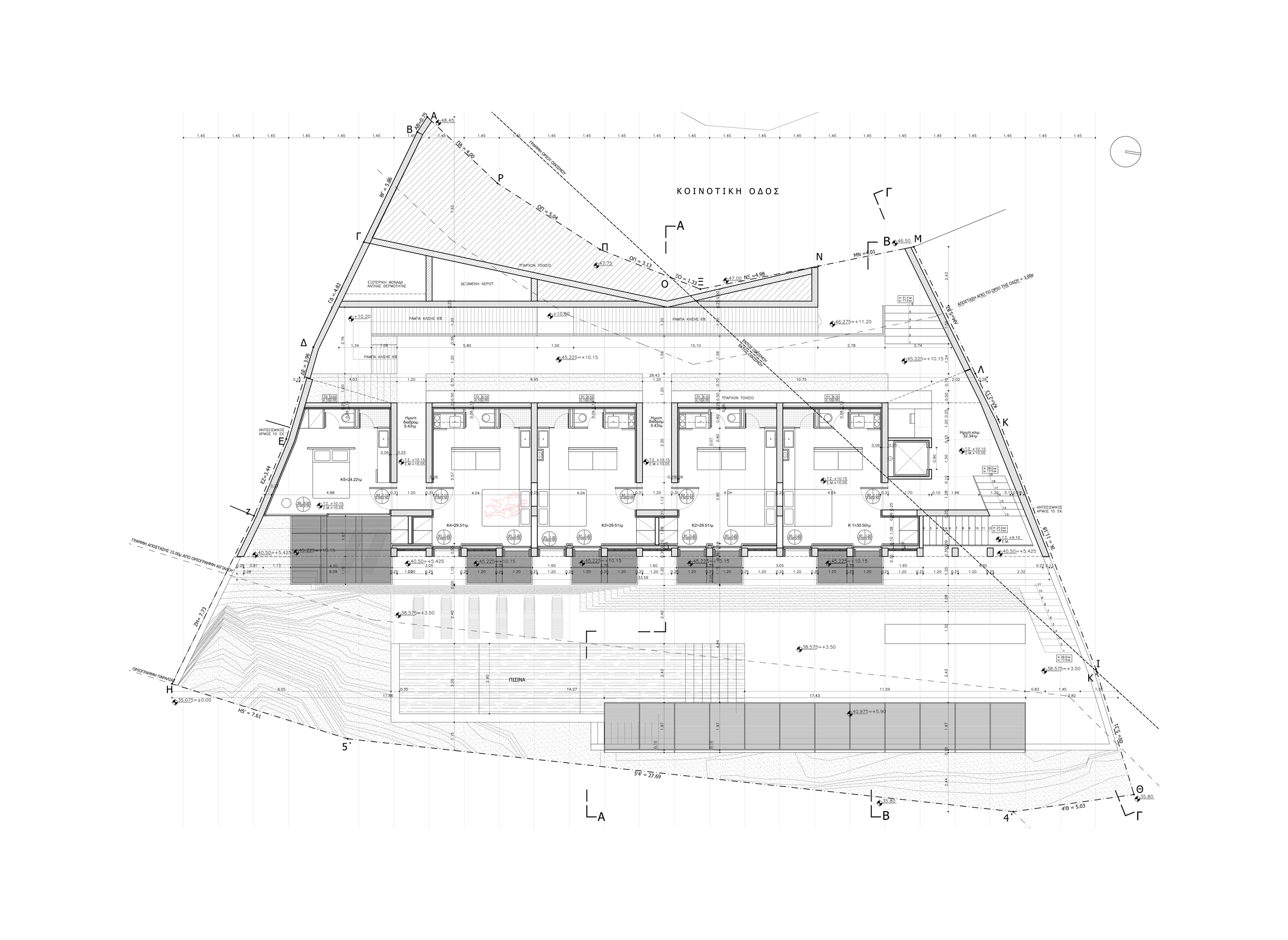 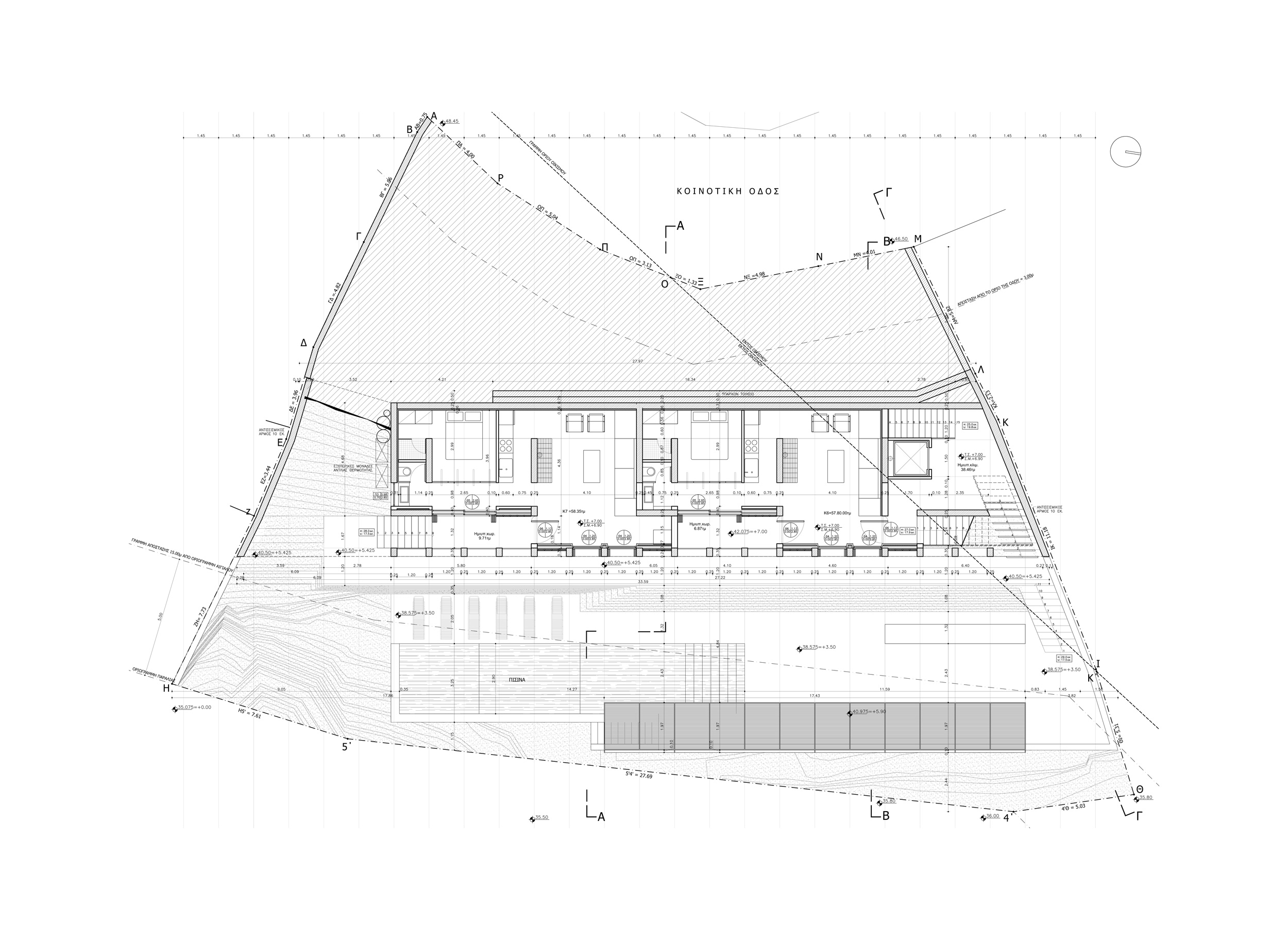 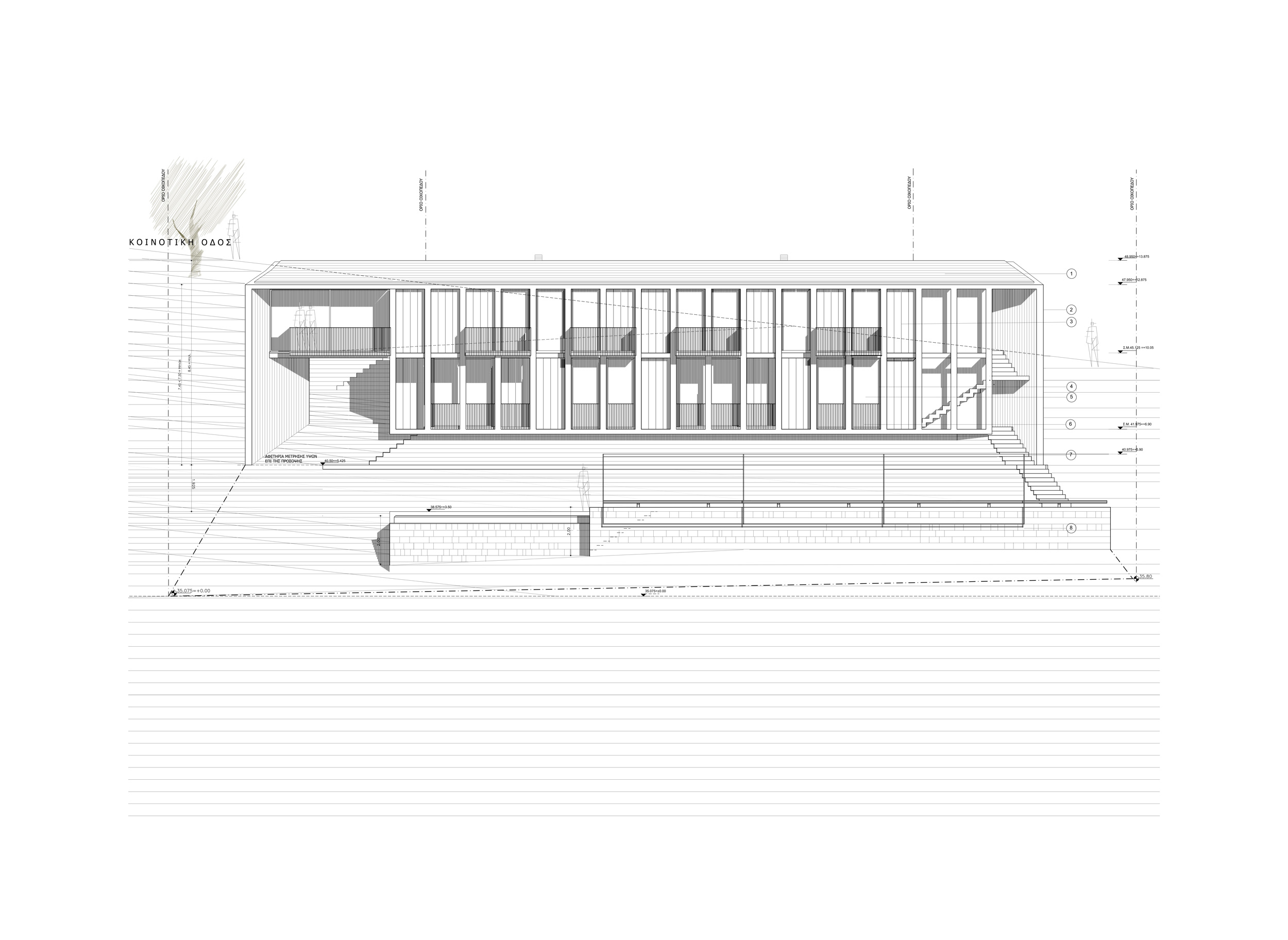 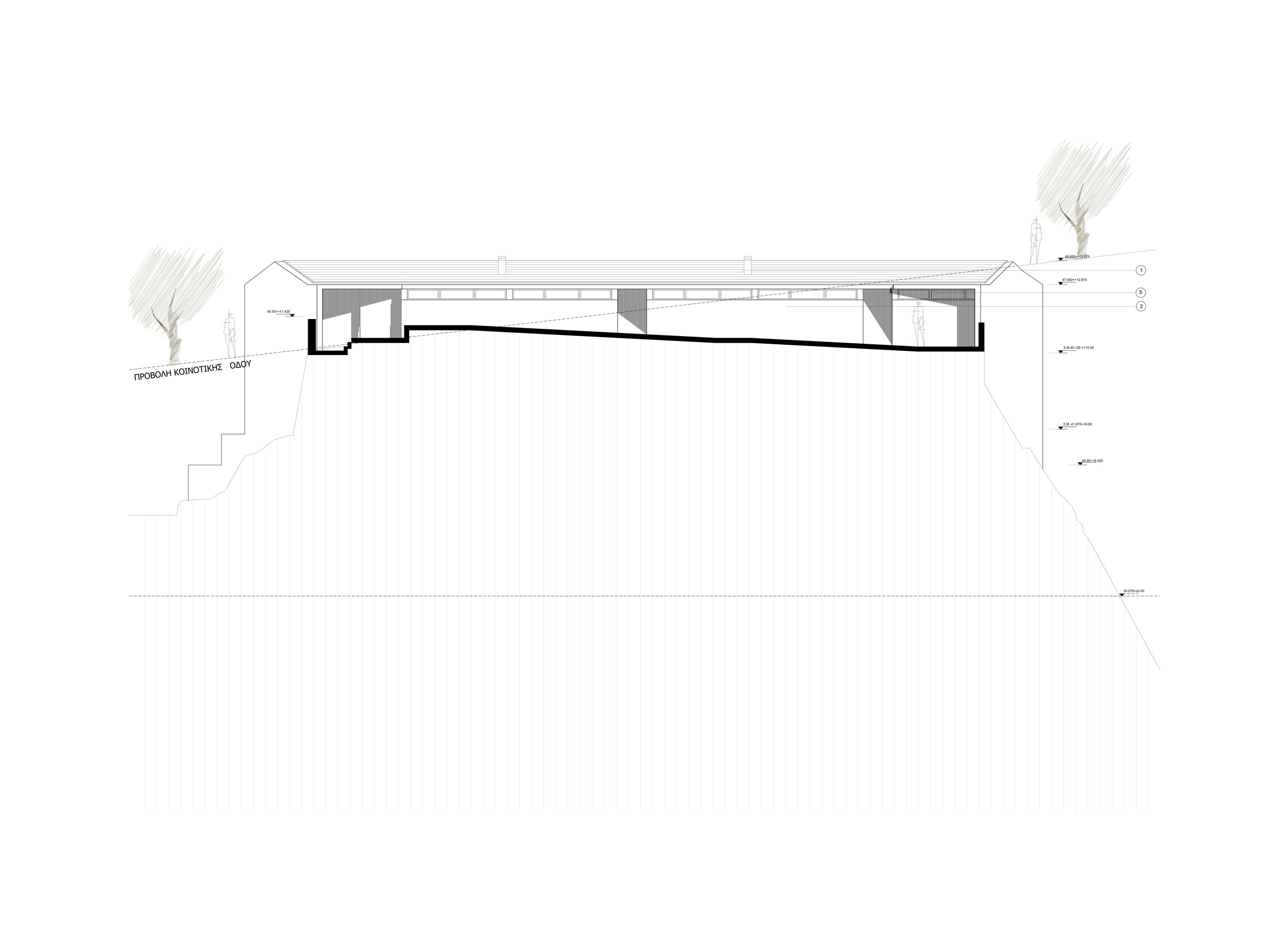 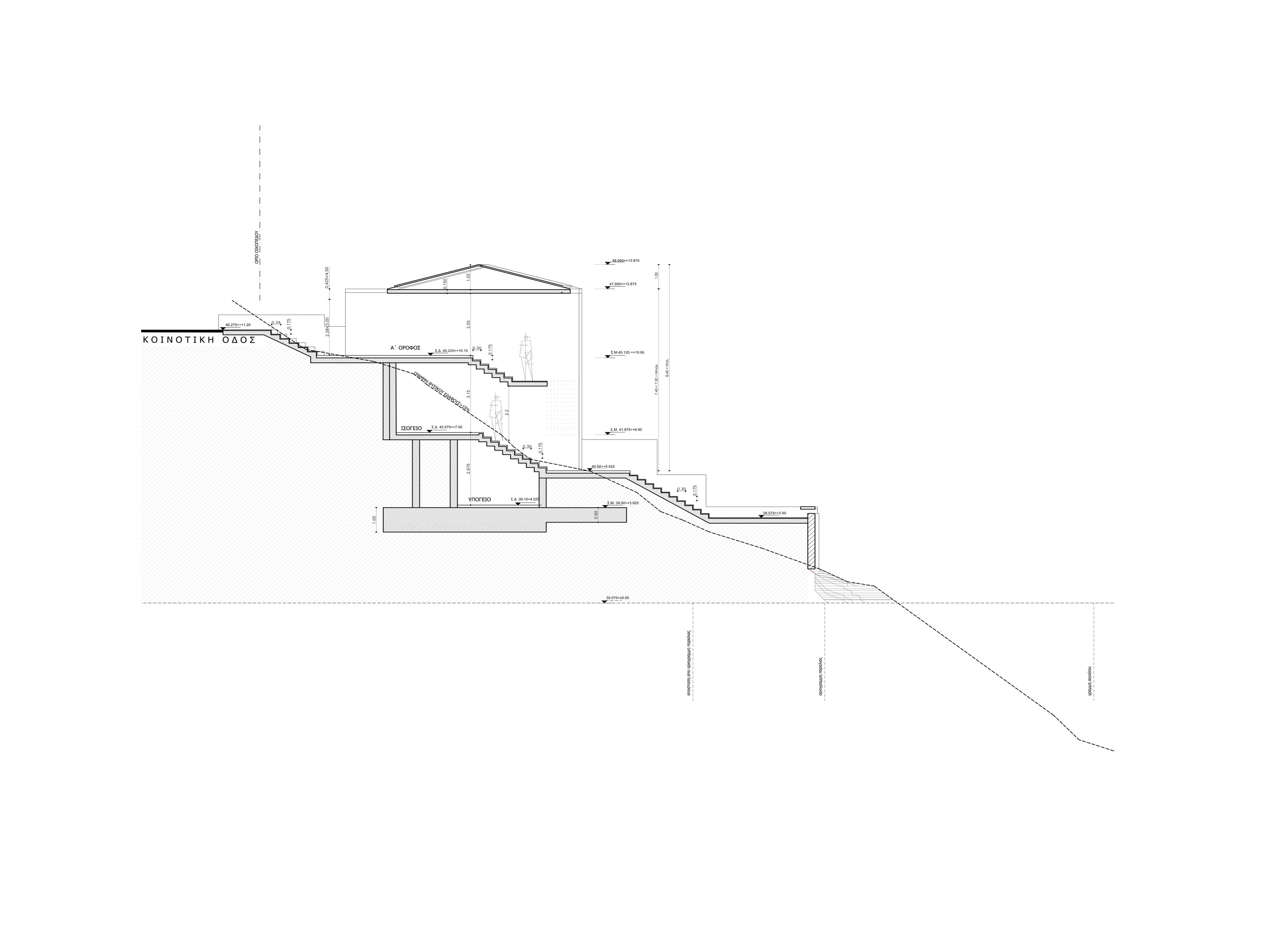 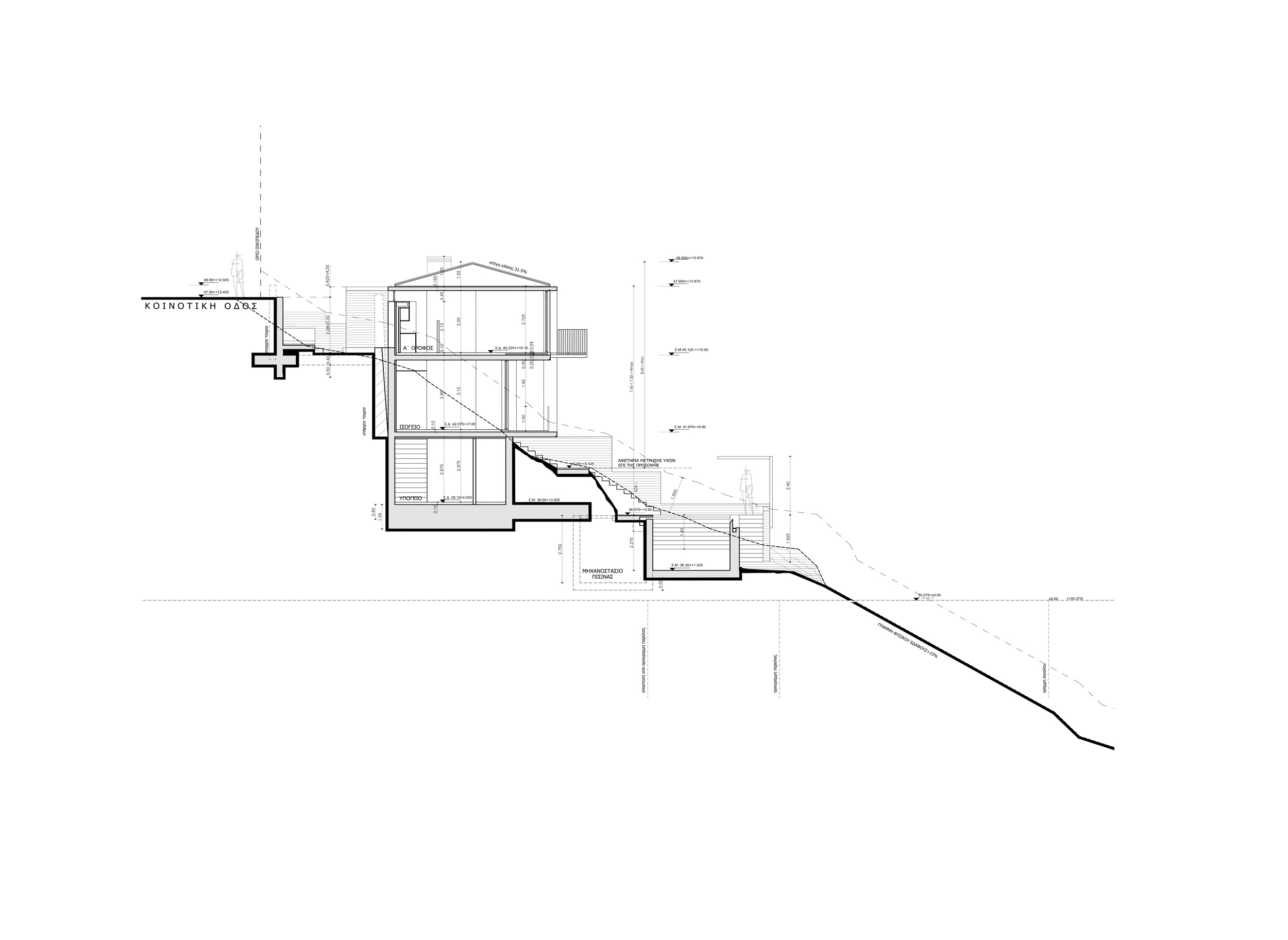 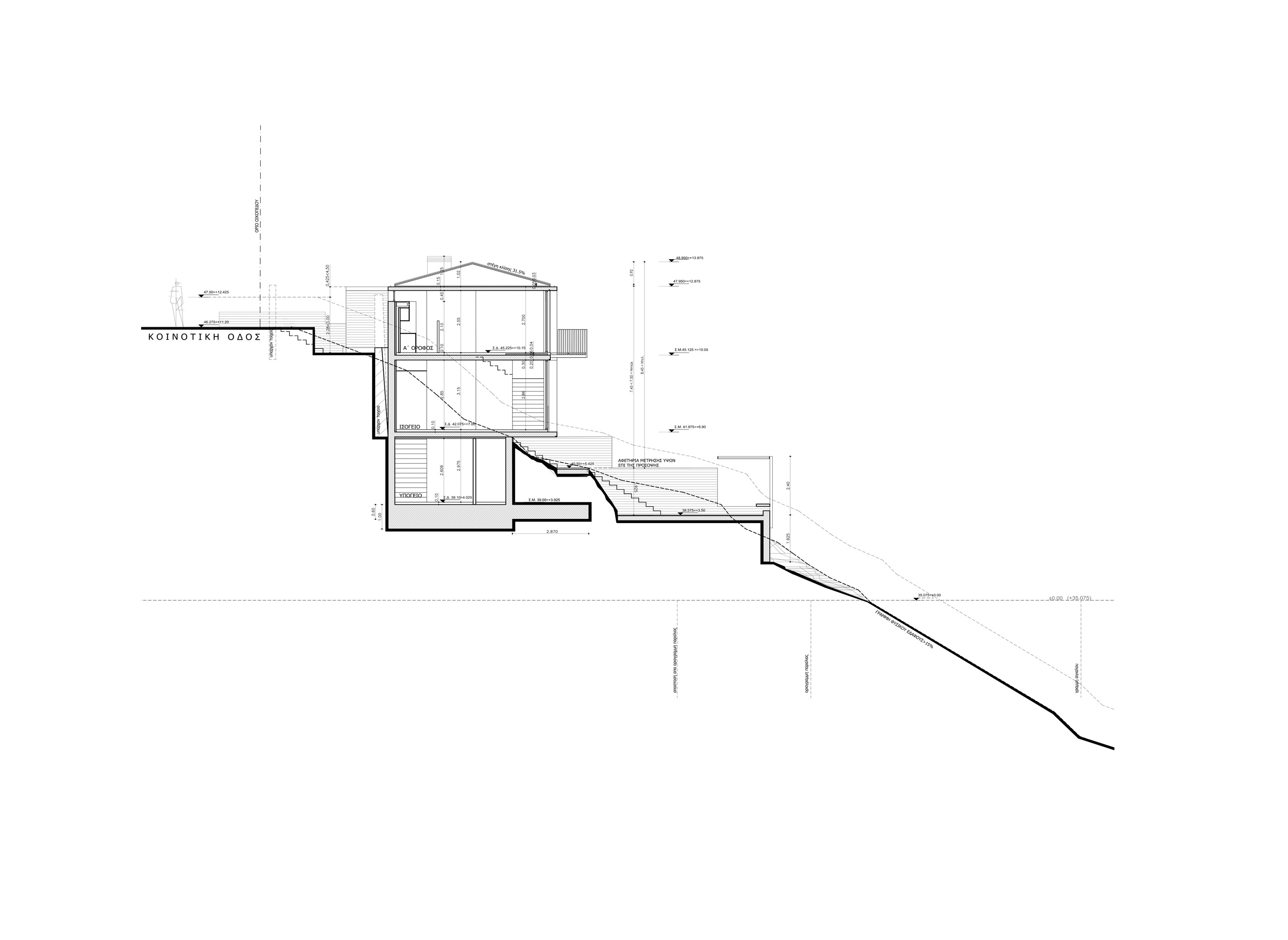 The building is located on a large slope just above the sea, on the borders of Limiona’s village in Evia. The aim of the study is to build a seven-room hotel. The entrance lies at the highest point of the site and the building is developed on two levels. The swimming pool and the rest outdoor area are formed on a third lower level directly related to the sea. The key feature of the topography is the unobstructed visual contact with the horizon. The study places the accommodation areas in a row facing the sea  and facilitating the independent entrance to each room while the volume of the building remains in a lower level relative to the nearby community road. The building volume is shaped as a geometric prism that stands on the slope, while a series of high columns form the east facade towards the sea and negotiates the relationship between the closed, open and semi-outdoor spaces. Adopting the above approach the building emerges as a human intervention in a dialectical relationship with the physical characteristics that pre-exist in the area.