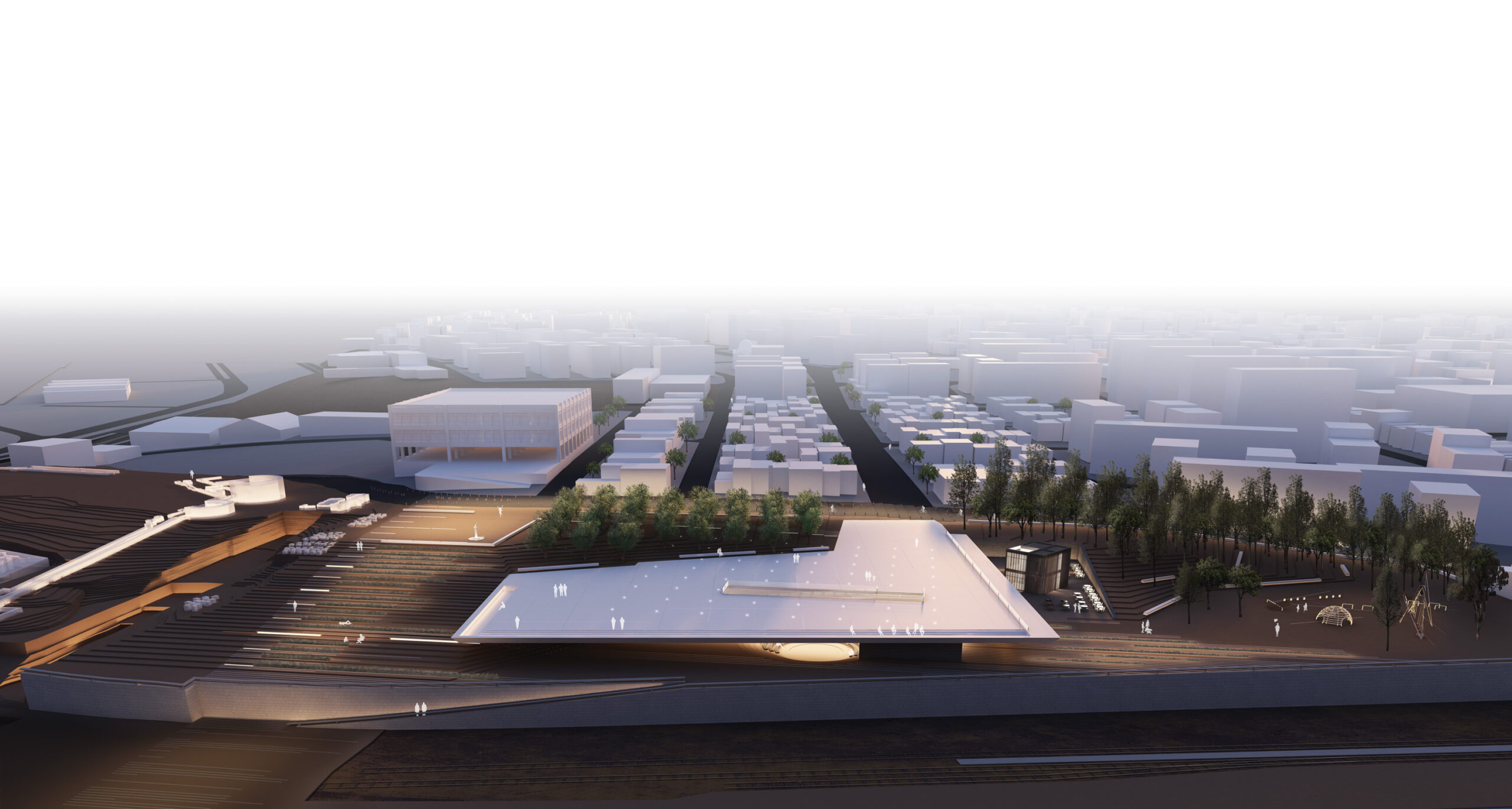 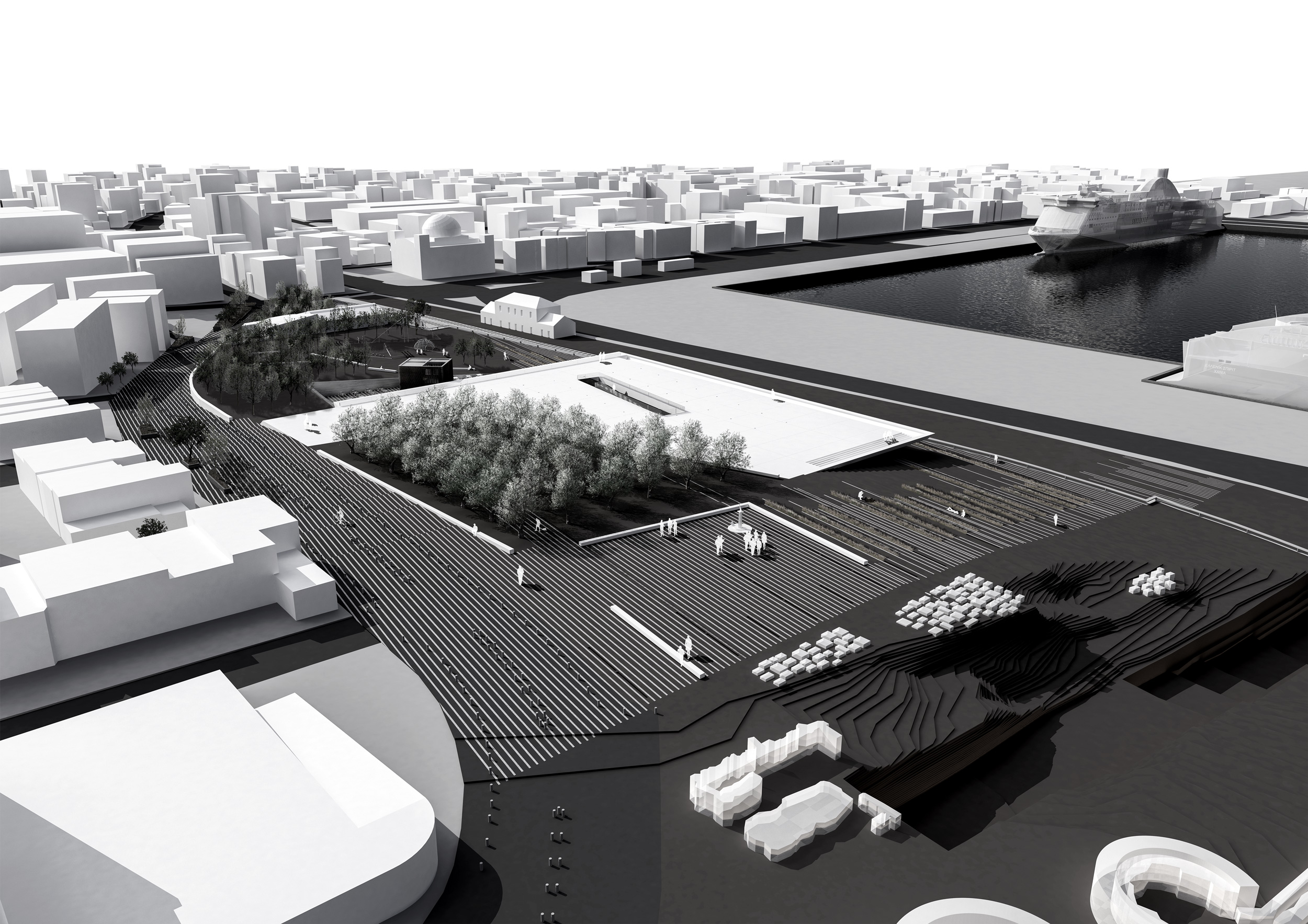 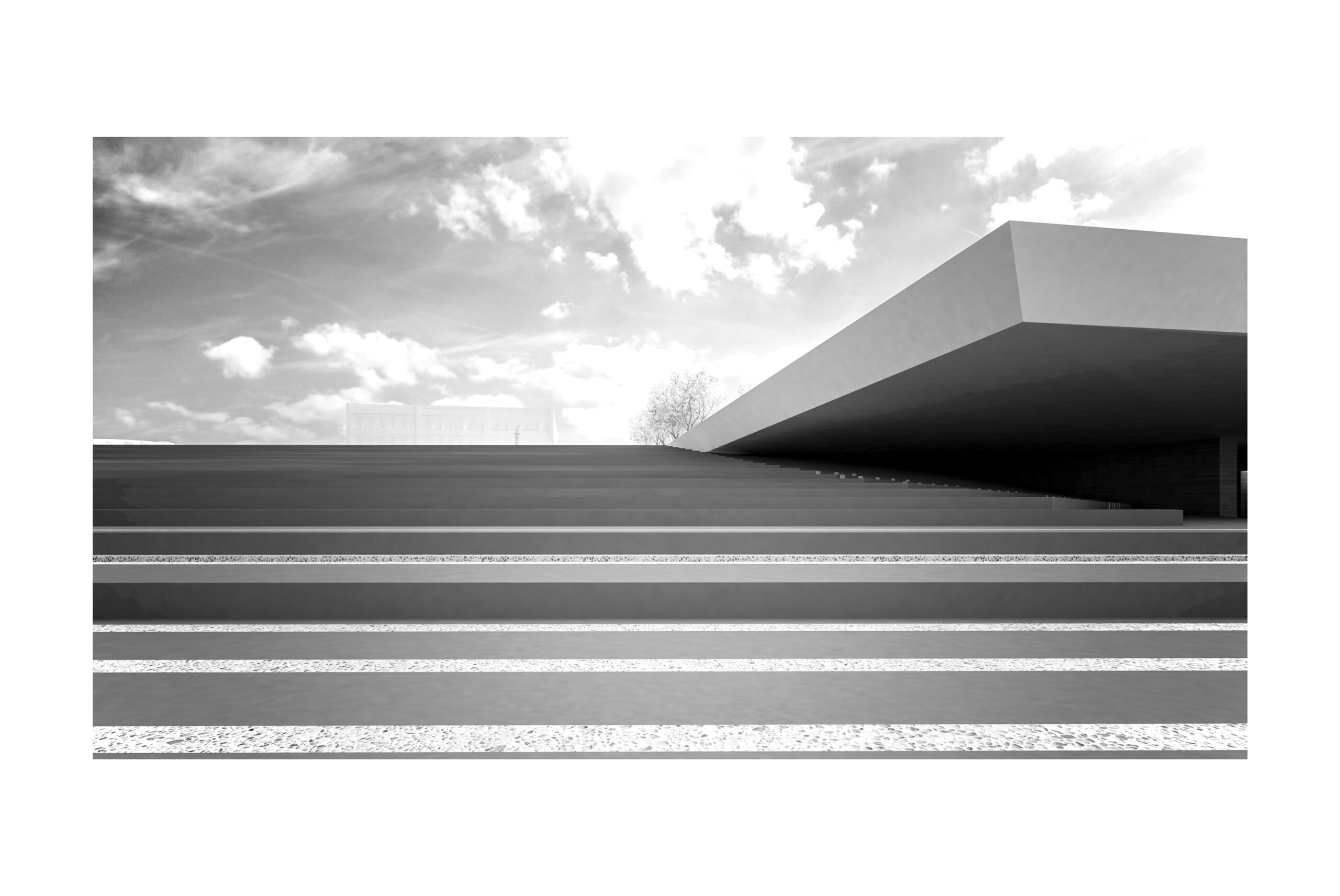 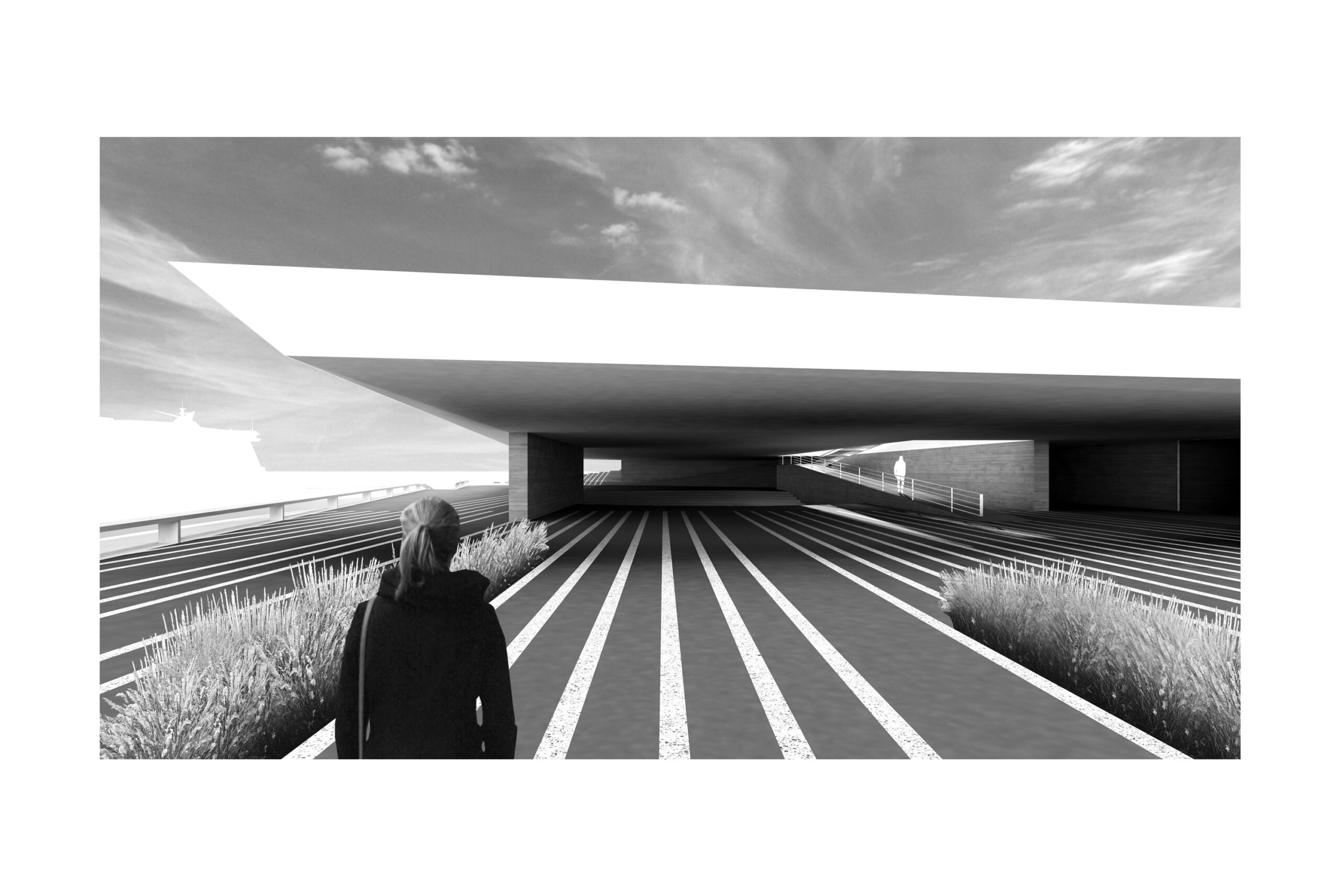 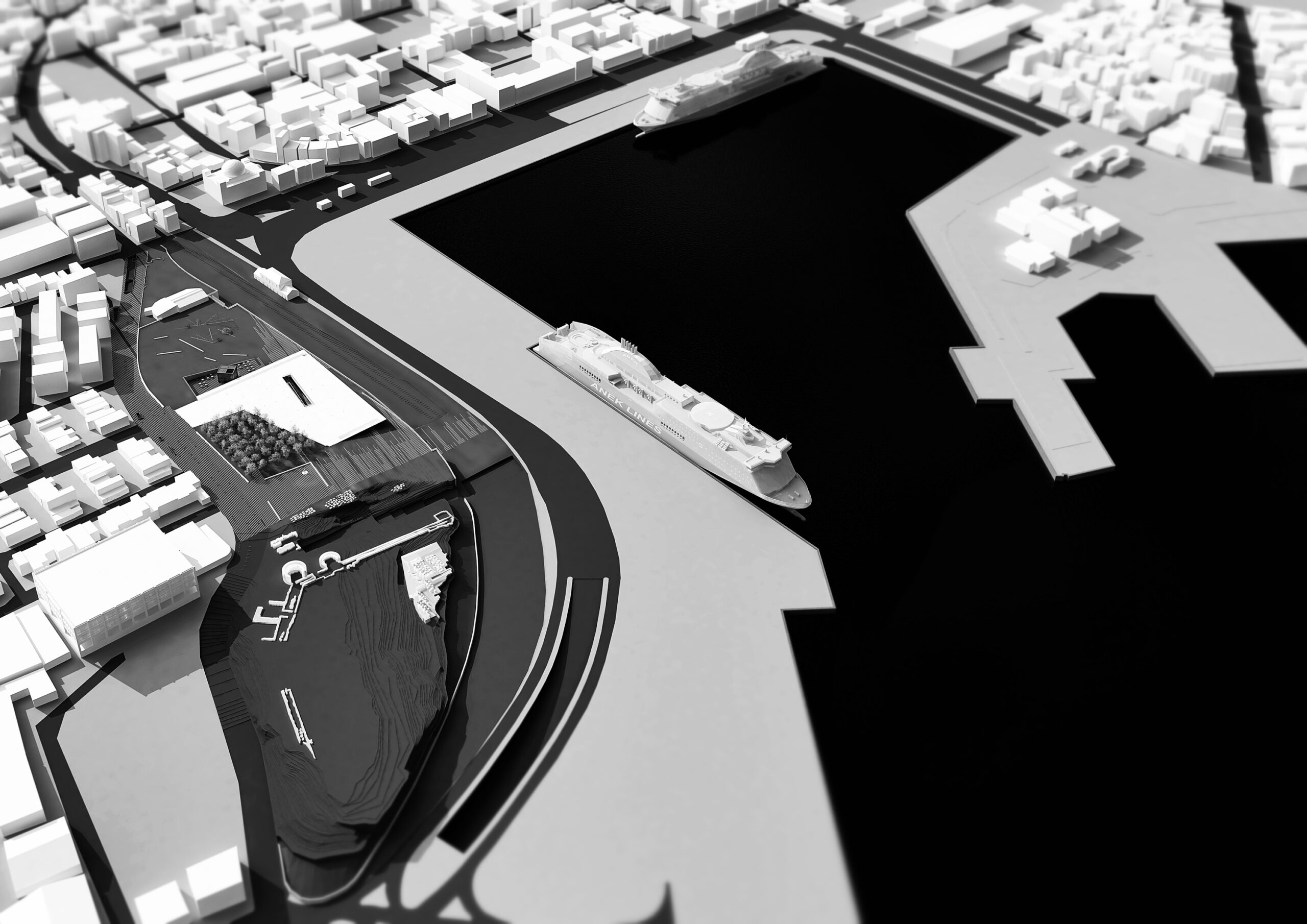 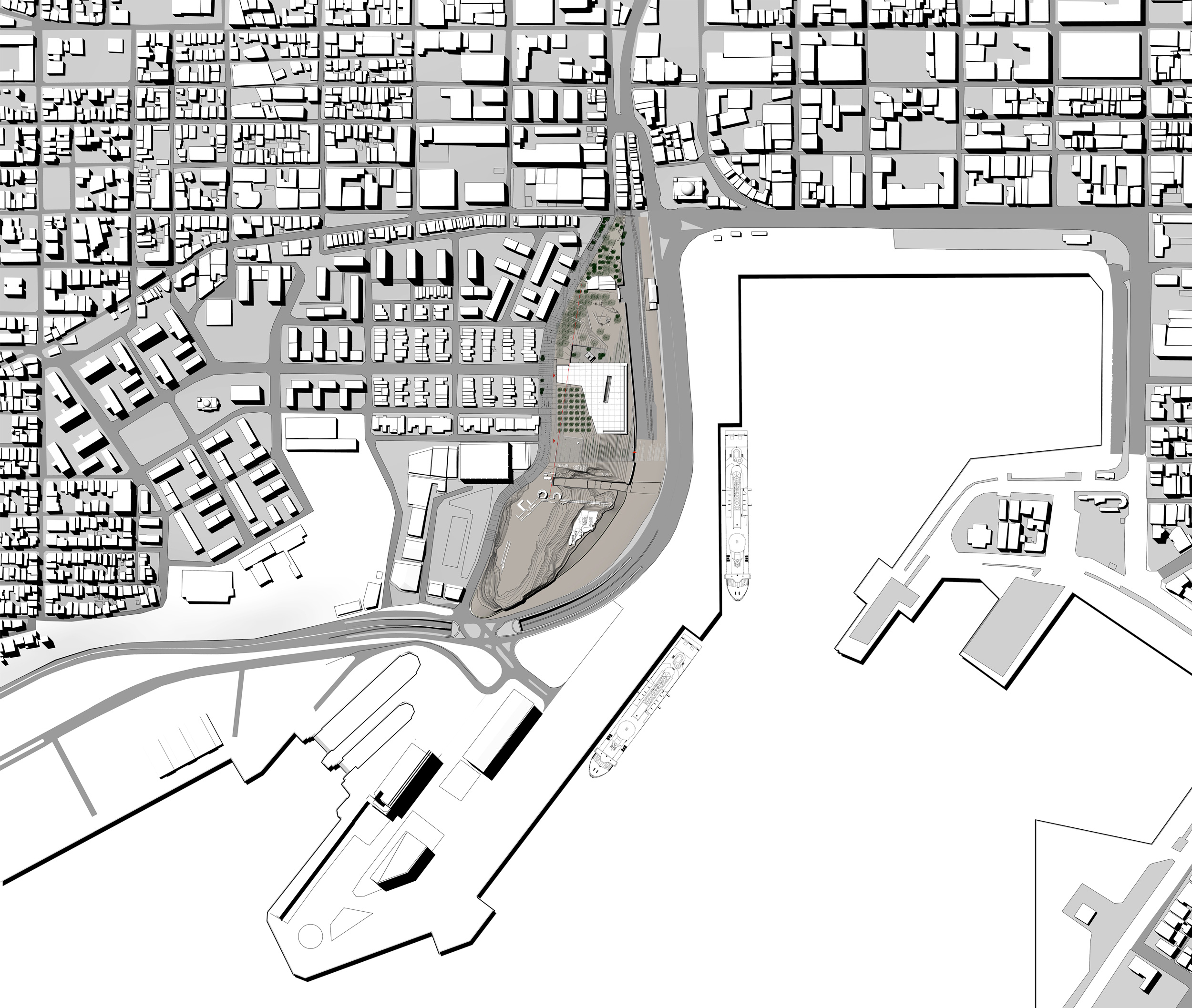 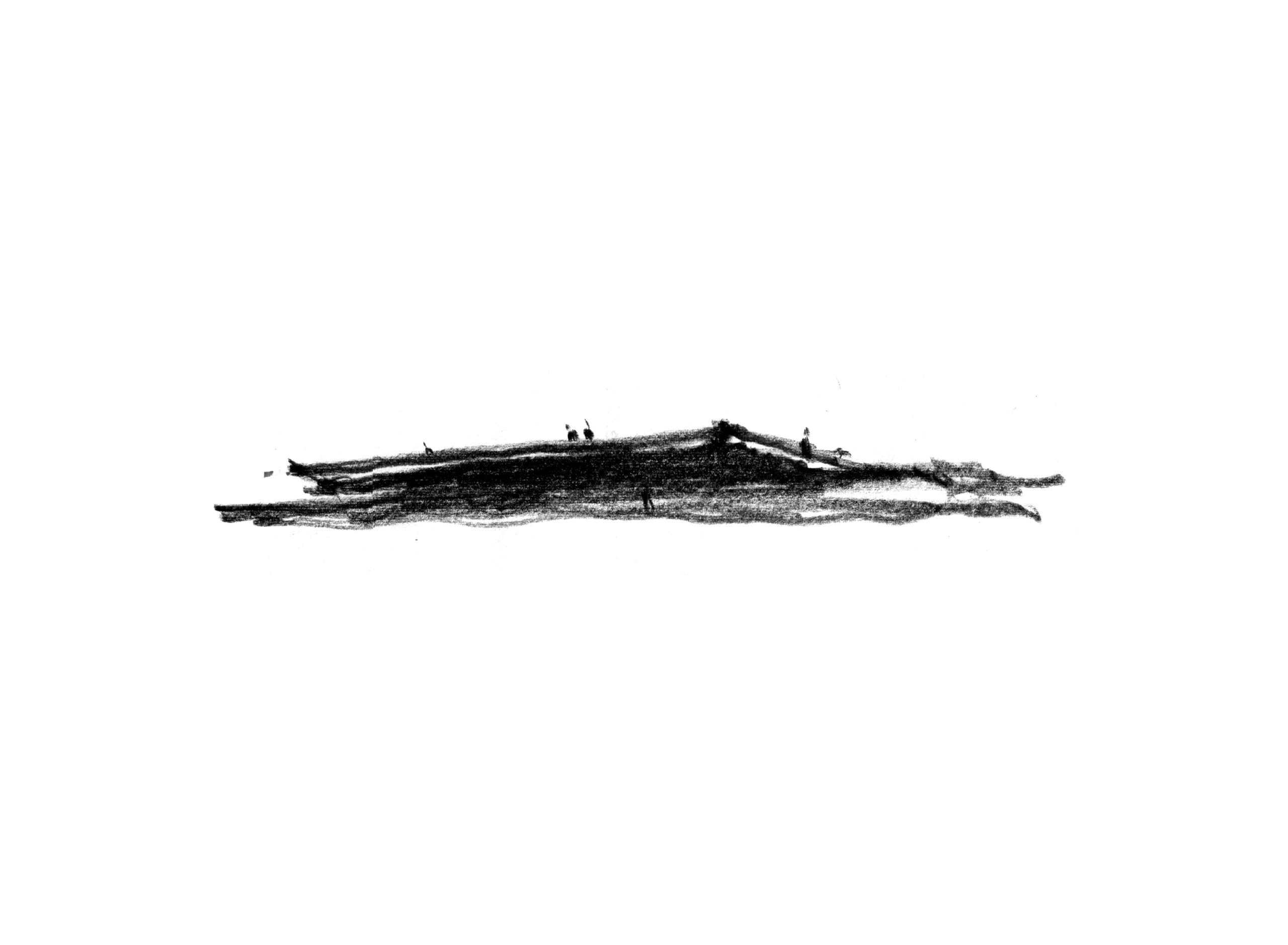 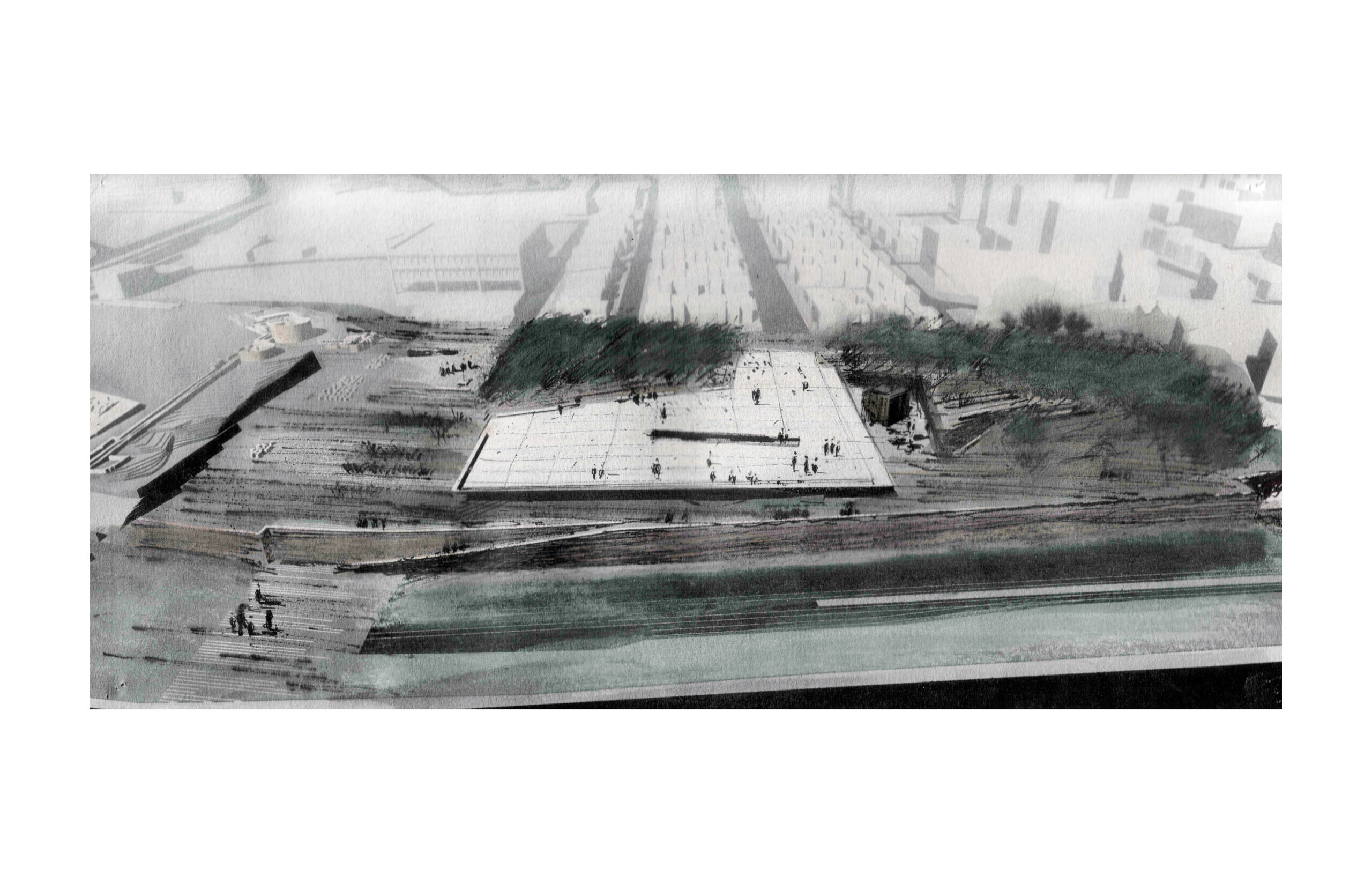 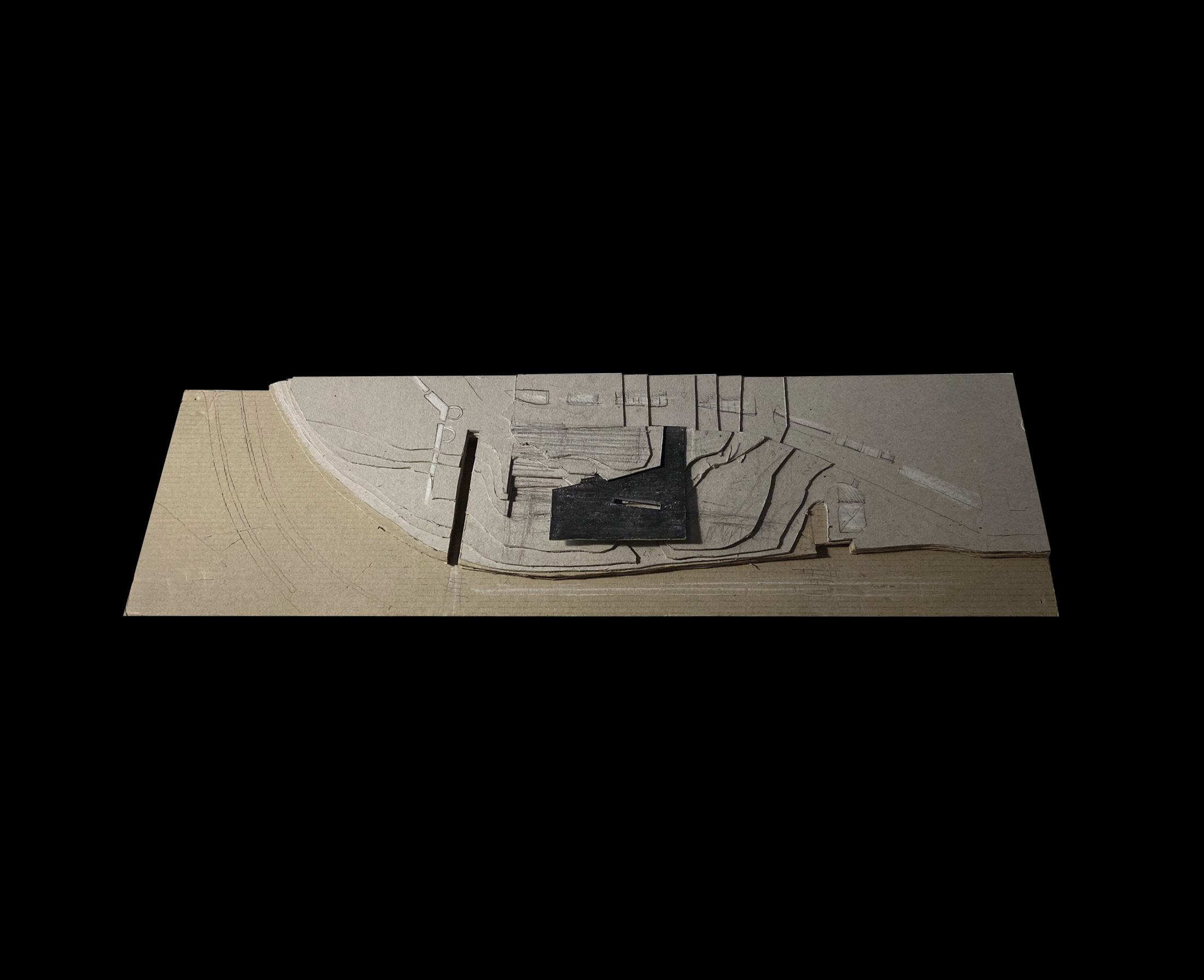 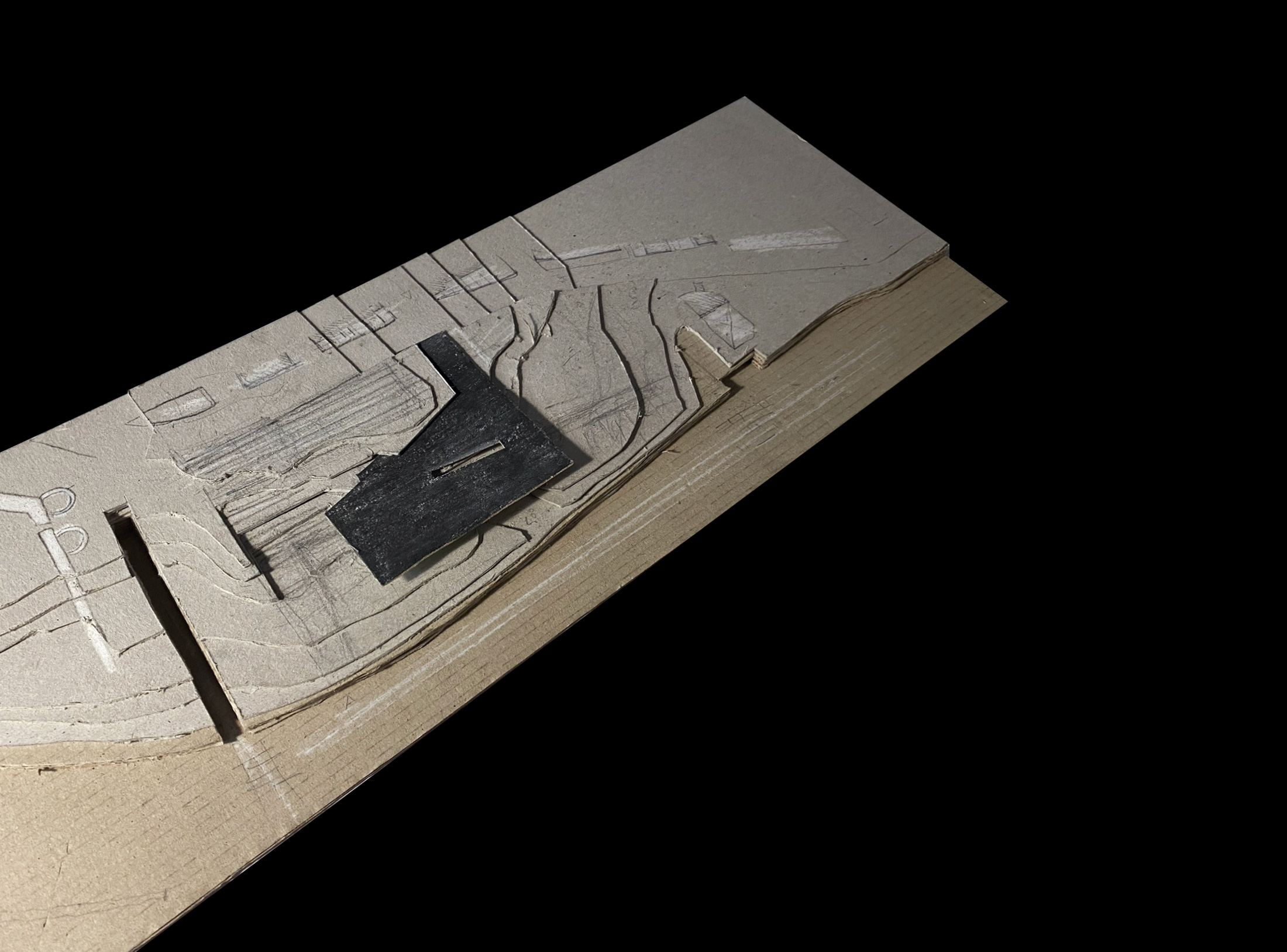 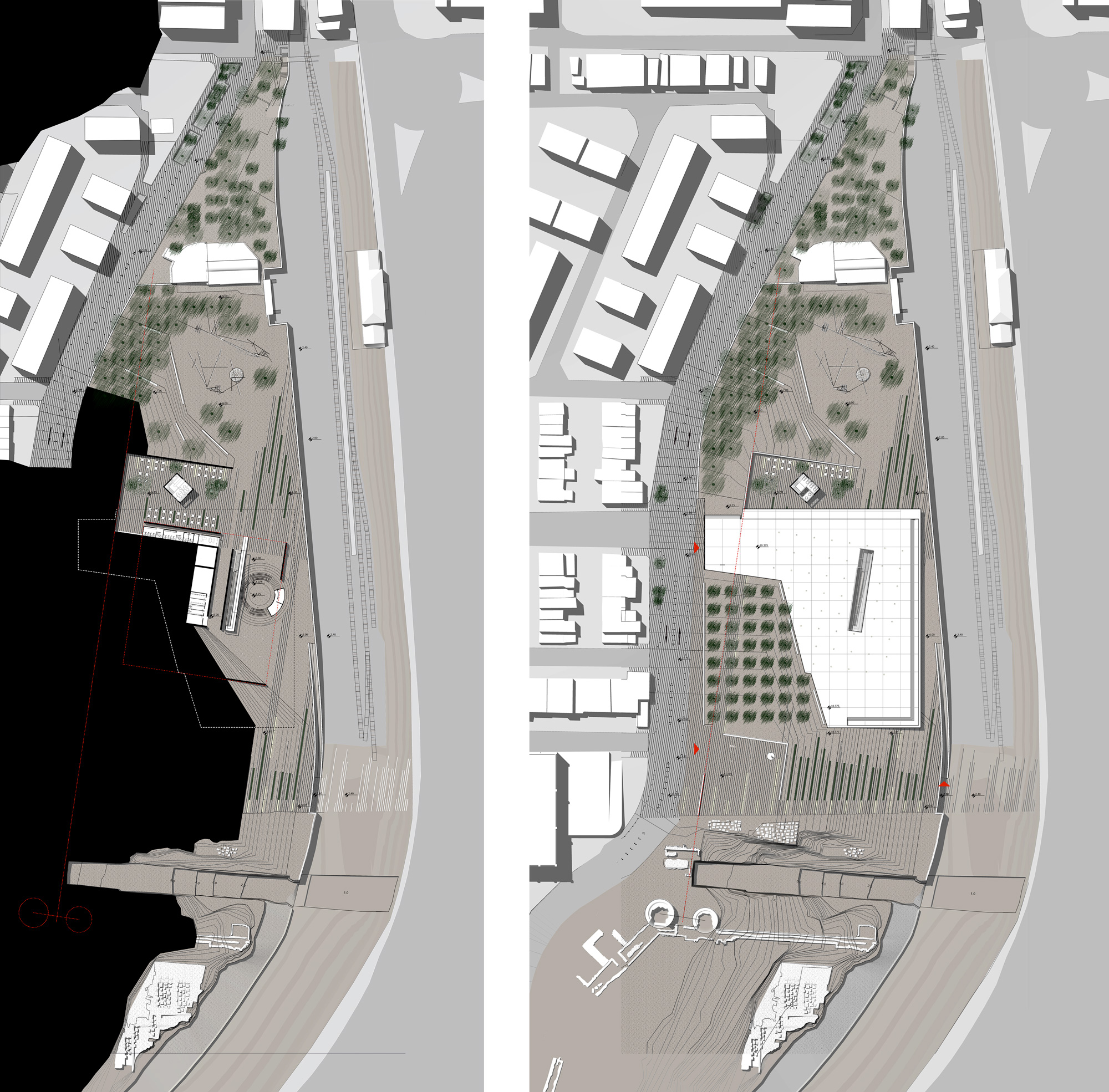 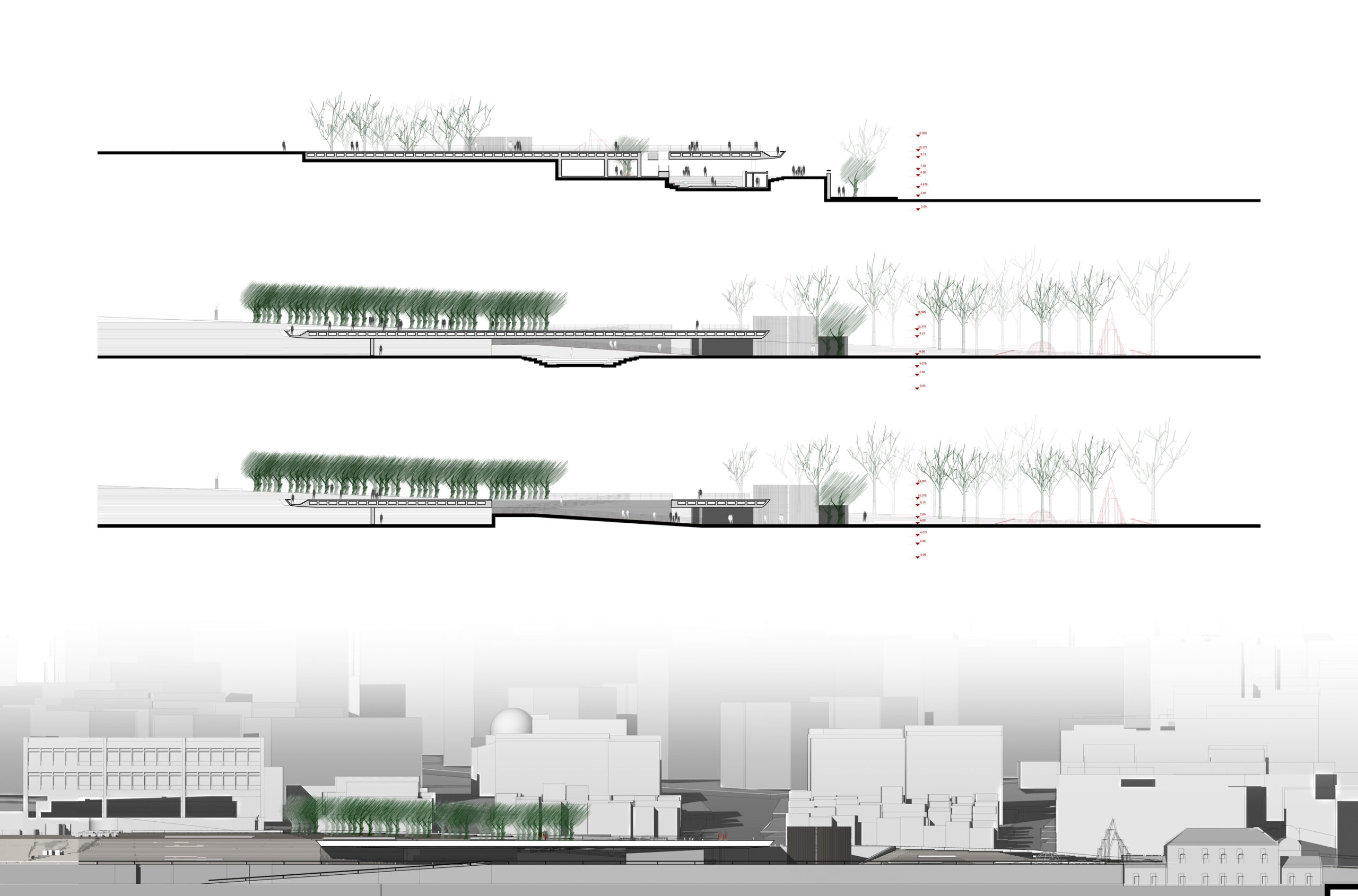 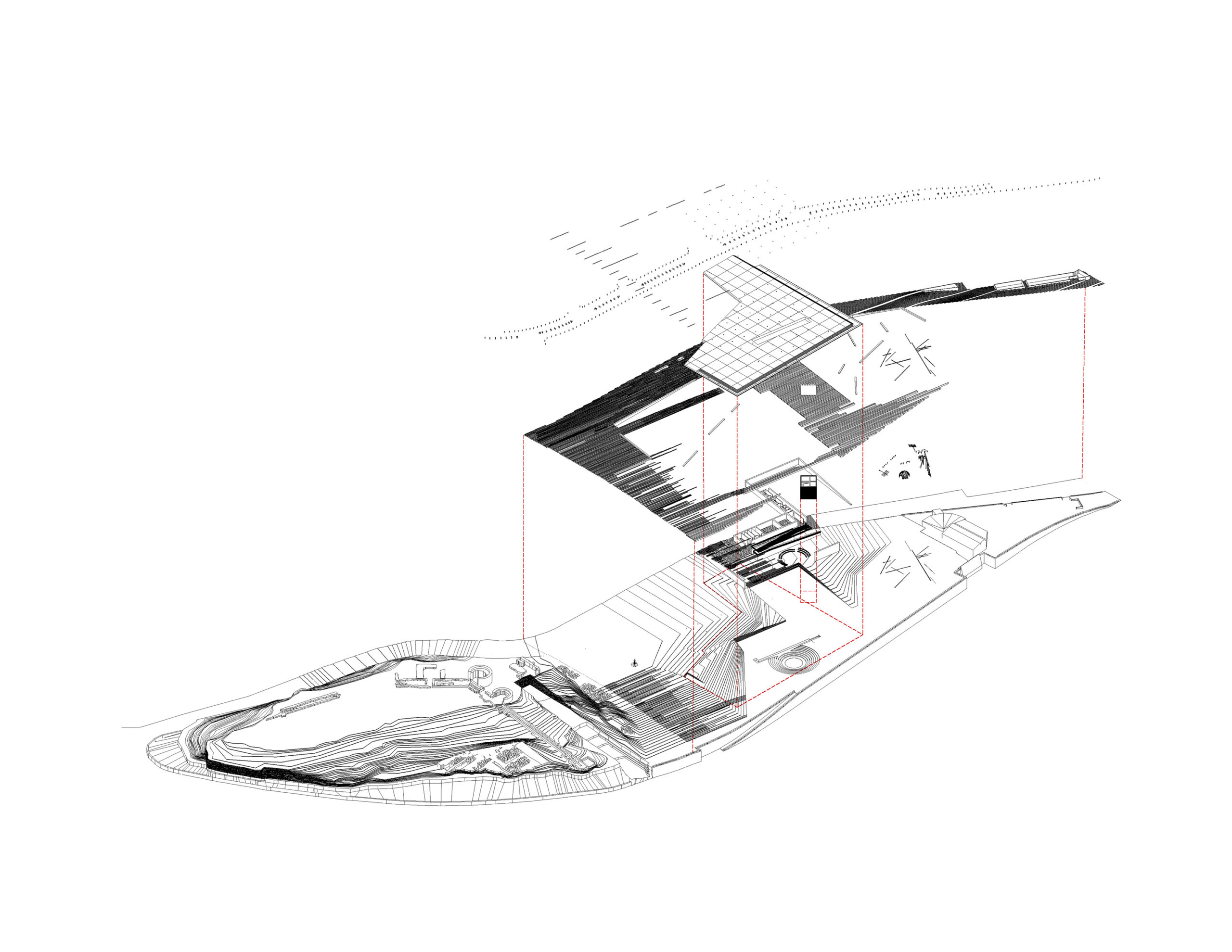 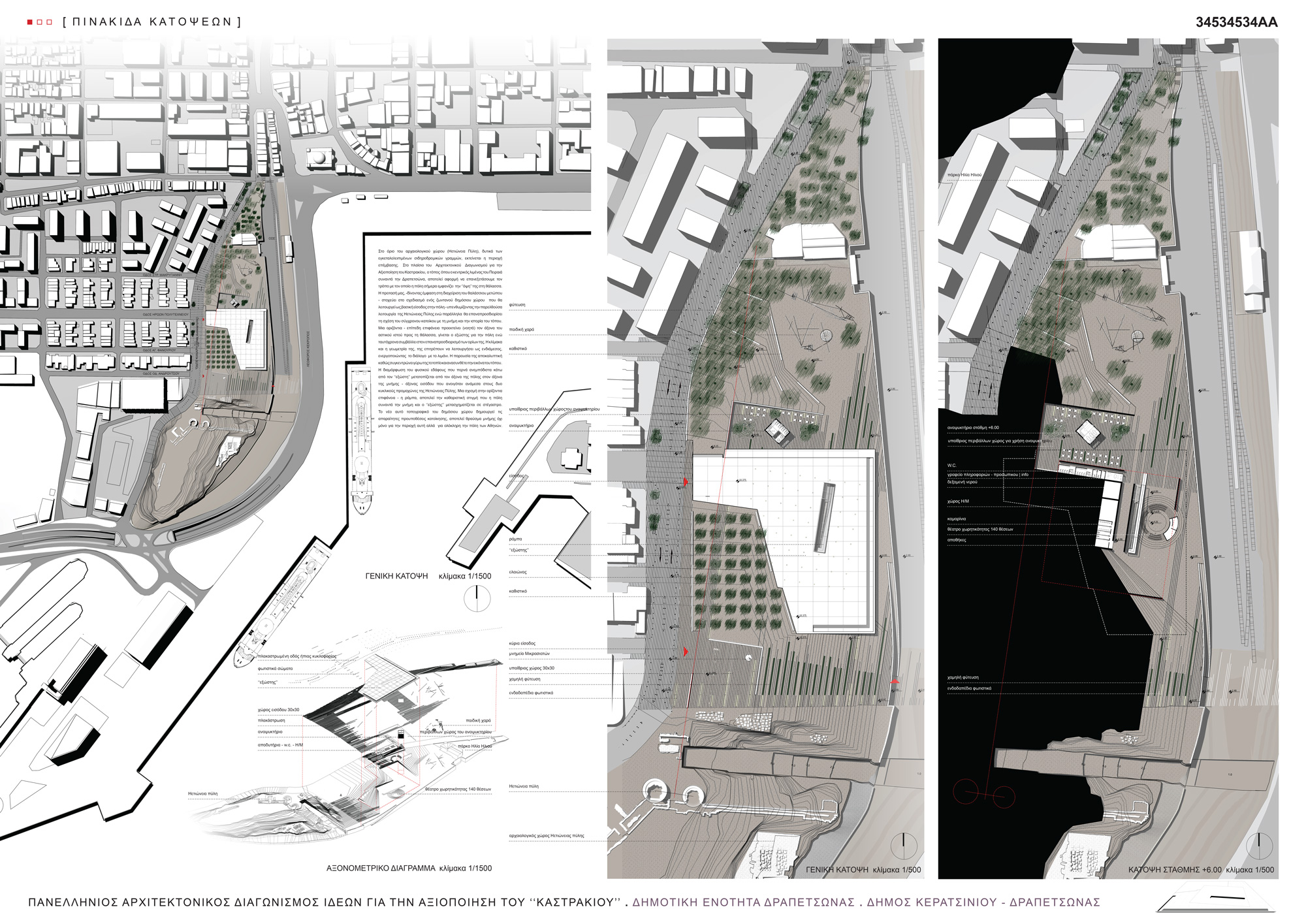 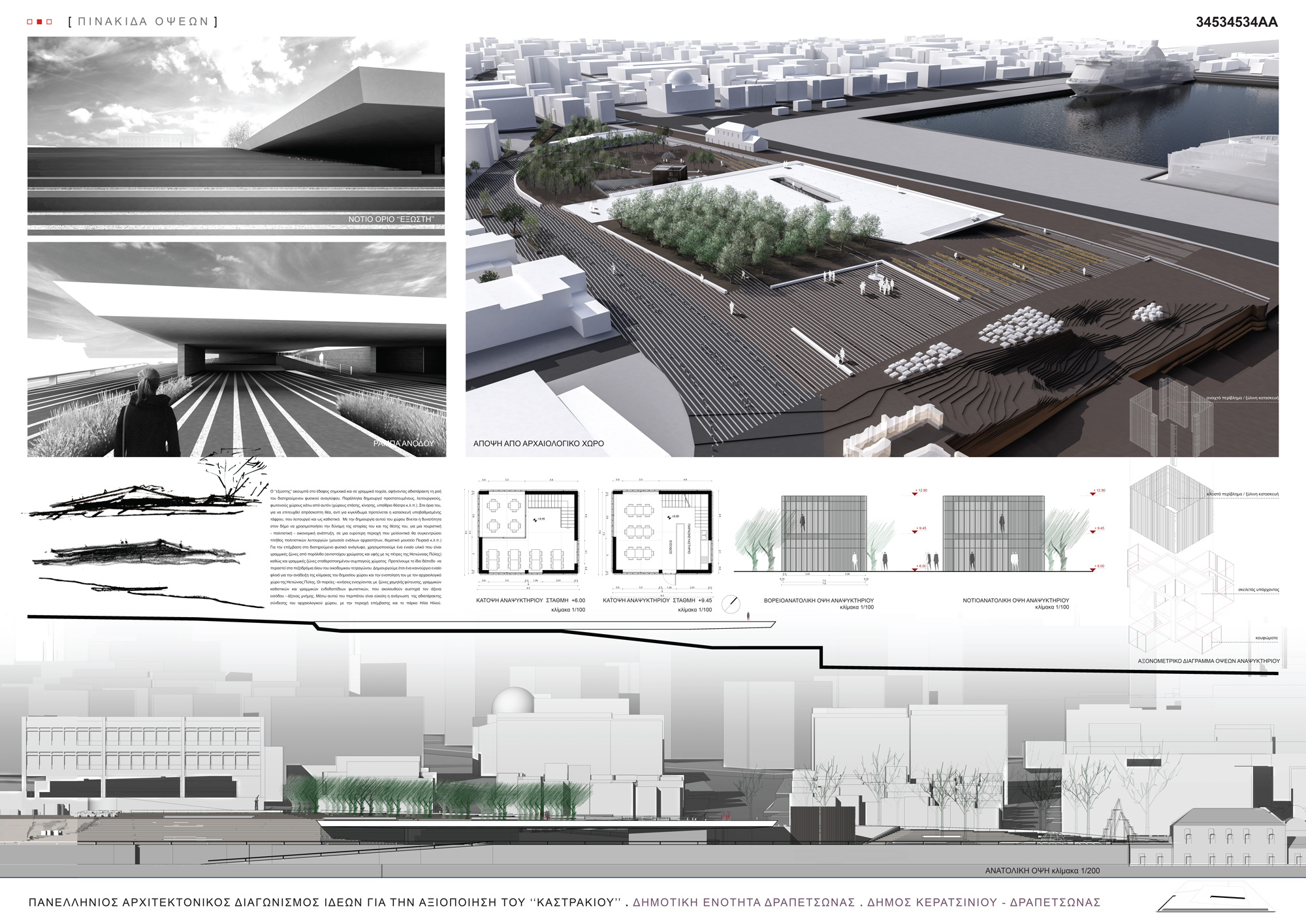 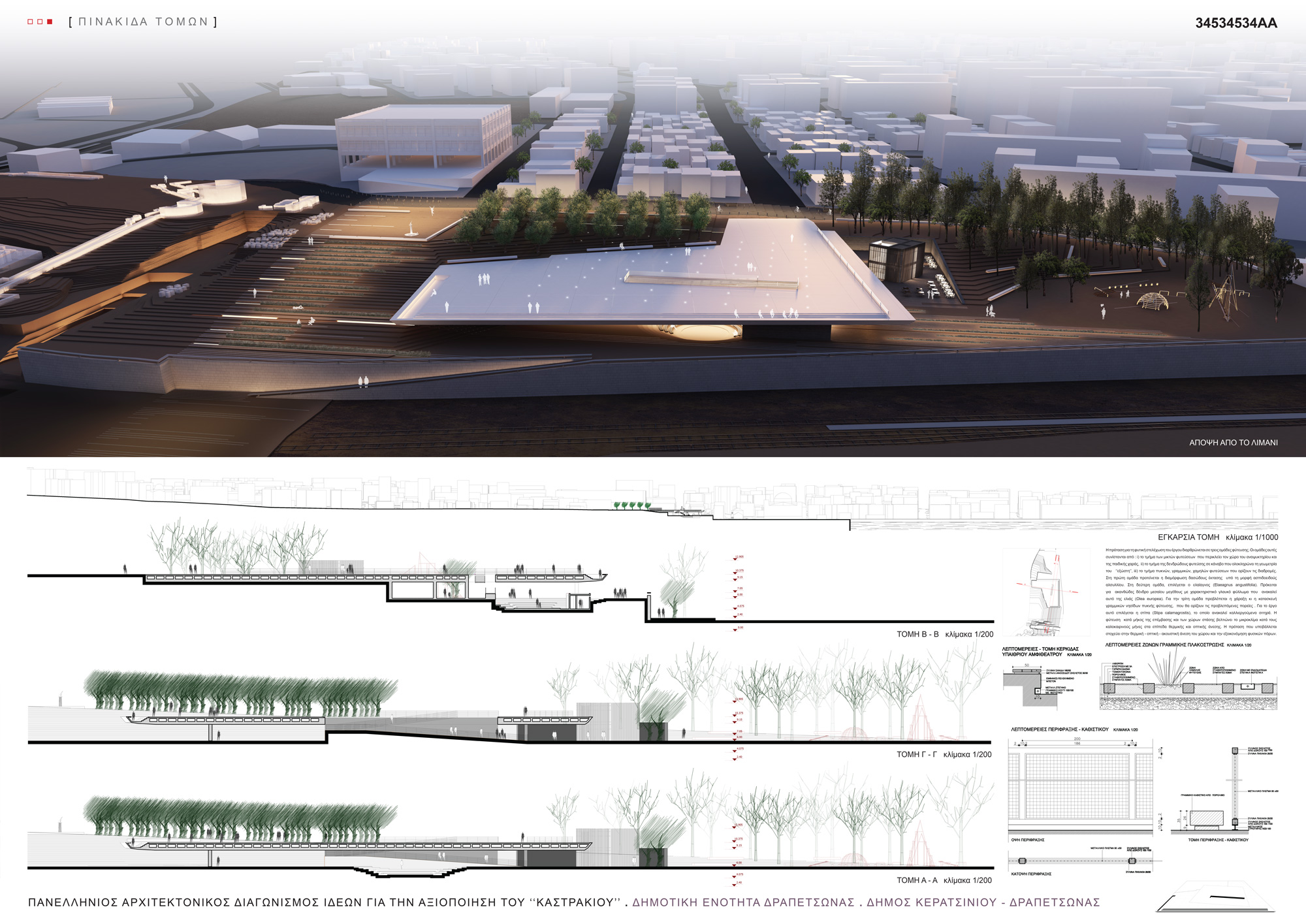 The area of intervention lies between the border of the archaeological site (Eetionian Gate) and the west side of the abandoned railway station.

In the context of the architectural competition concerning the reformation of ‘‘Kastraki’’ (it is a part of the ancient fortification of Piraeus, which constitutes an important archaeological monument), the place (topos) where the central port of Piraeus meets the residential area – municipal section of Drapetsona – becomes for us the cause of reconsidering the way that the city displays it’s face towards the sea. The proposal, emphasizing on the manipulation of the waterfront, aims to create a vibrant urban space. This space will serve as the main entrance to the city (of Athens) from the sea – recalling the past use of the Eetionia Gate – while at the same time it will redefine the relationship between the contemporary inhabitant with memory and the history of place.

A horizontal – flat surface extends (mentally) the axis of the urban fabric towards the sea. Its scale and geometry allow the surface to operate as an intermediate (between the sea and the city) establishing the dialogue with the port. The presence of the horizontal surface is revealing, it gathers the surroundings reconstructing the image of place. The configuration of the ground that flows unobstructed under the horizontal surface (gallery/platform) is shifted from the axis of the city (city axis) to the axis of memory – axis of entrance between the two circular bastions of the Eetionian Gate. A straight narrow cut on the horizontal surface – the ramp, constitutes the determinative moment where the city meets the memory and the gallery is transformed into a roof.

The new topography of this urban space, creates the necessary conditions for human inhabitation, it actually serves as a memory fragment not only for this particular area but for the city of Athens in its entirety.