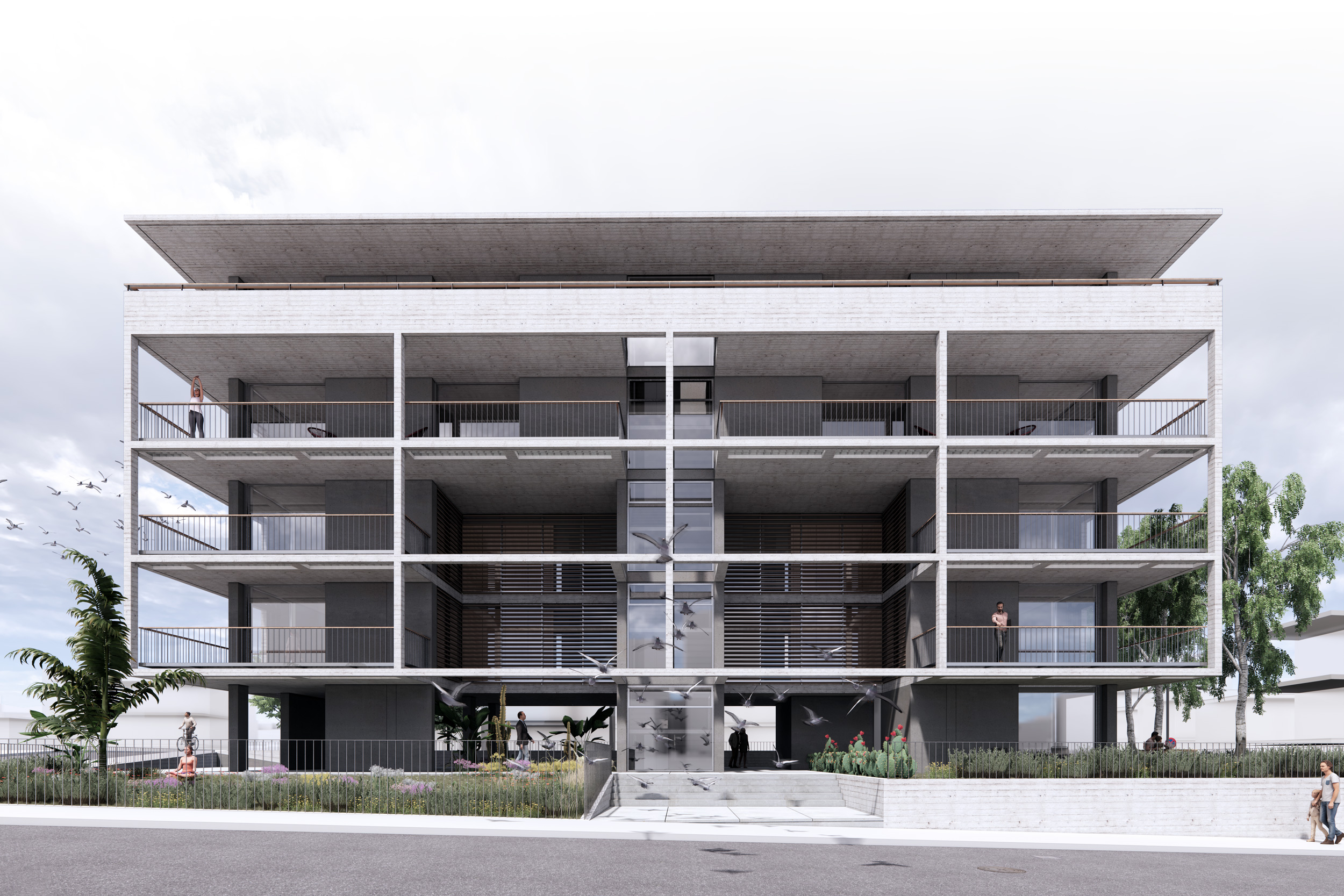 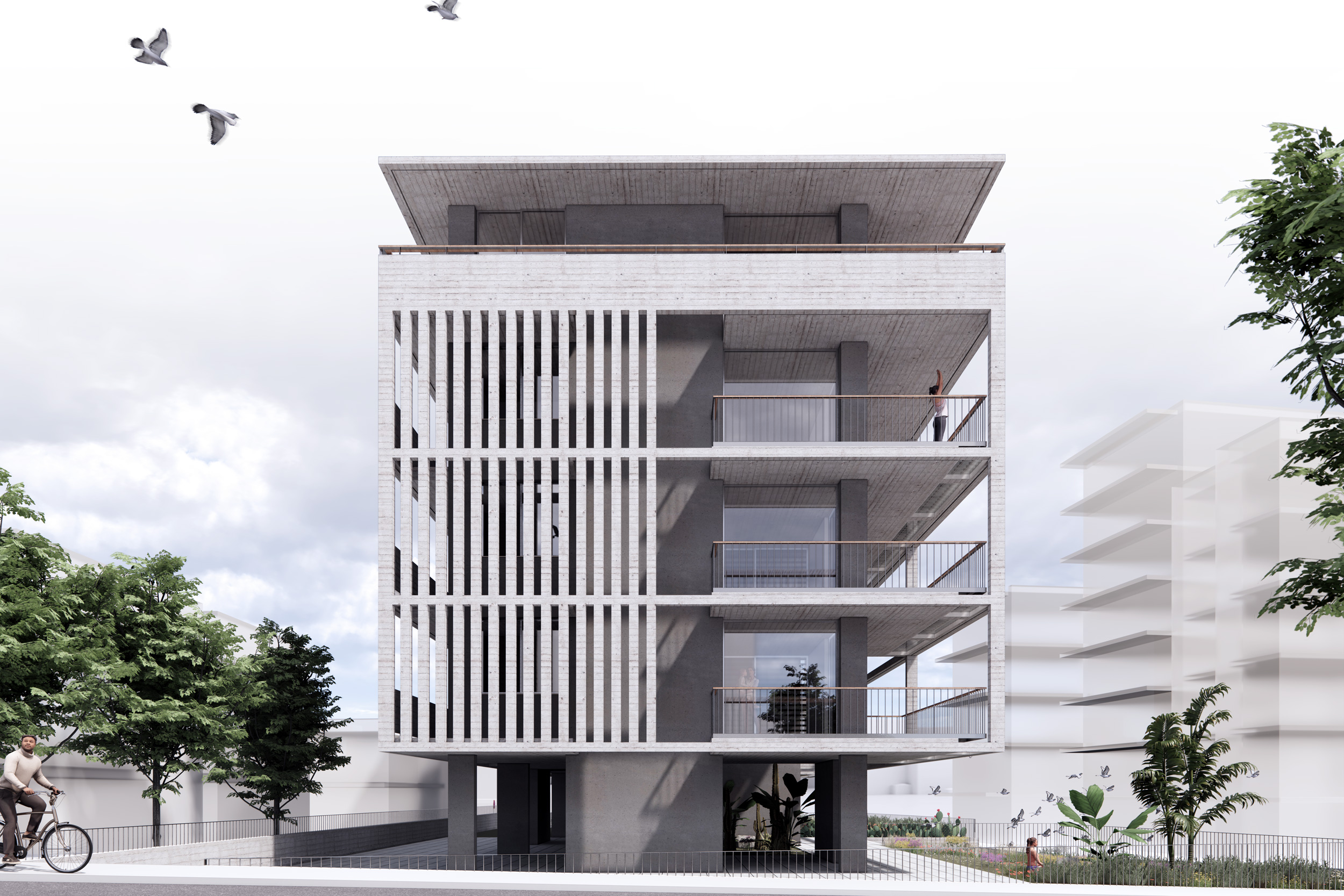 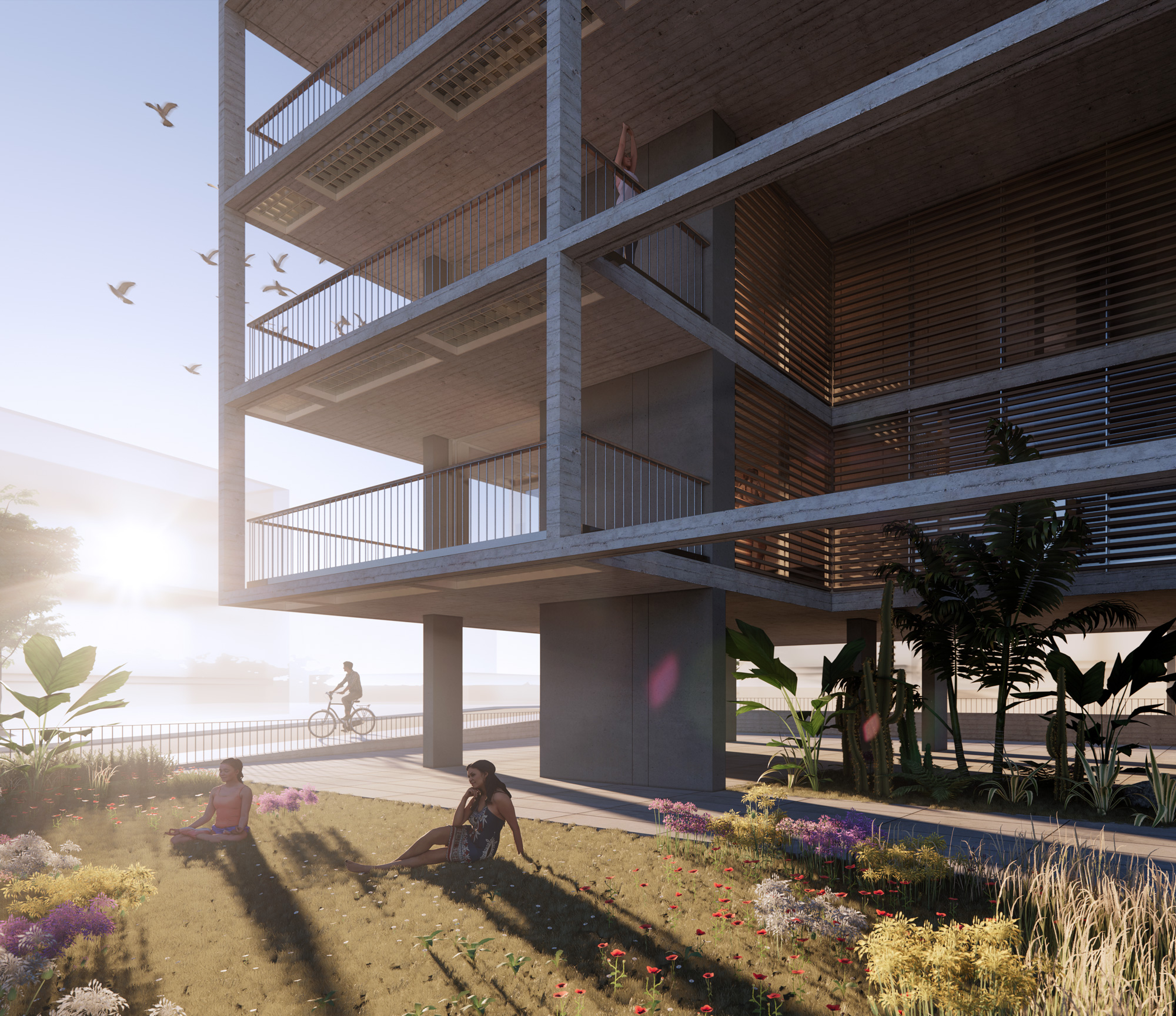 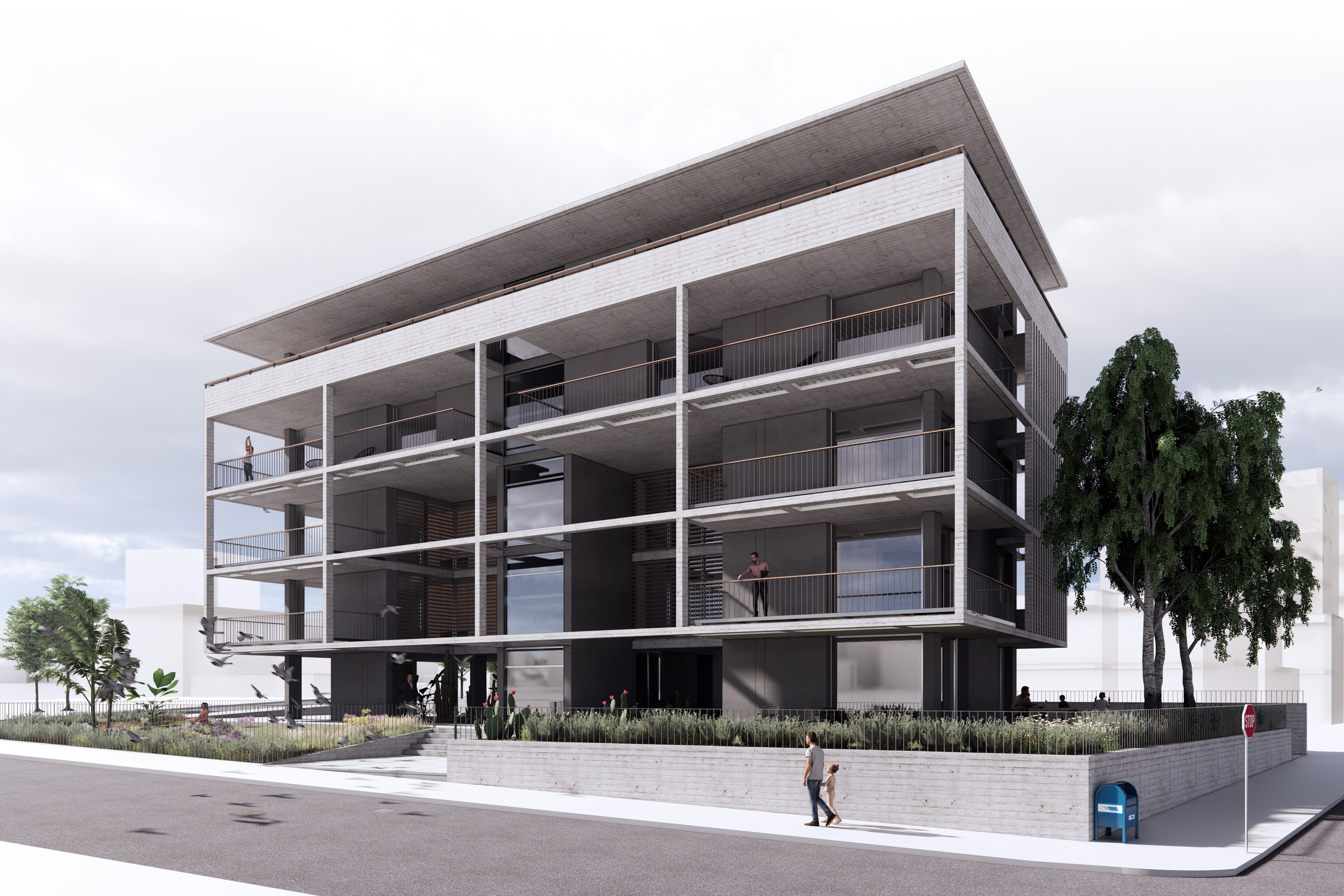 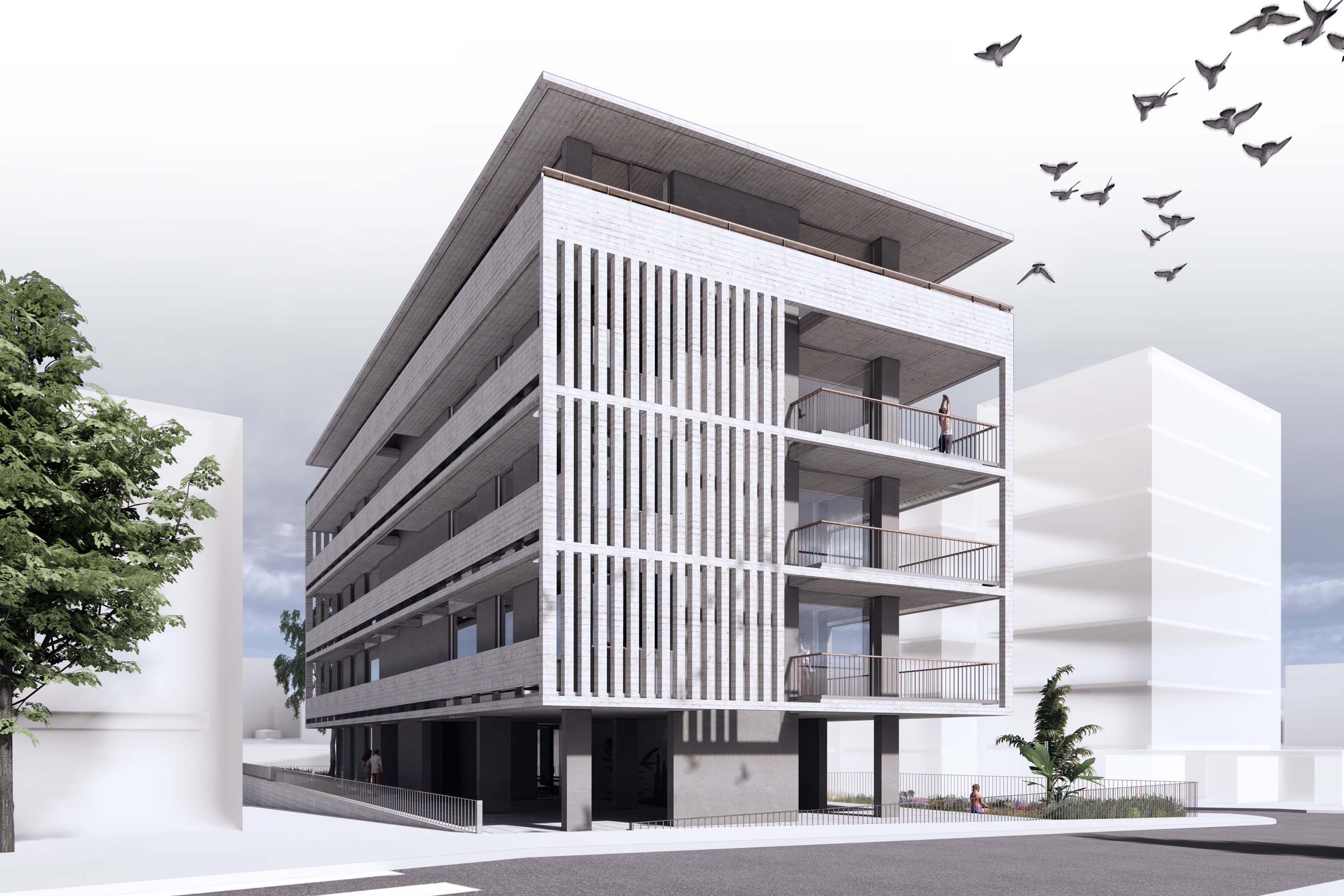 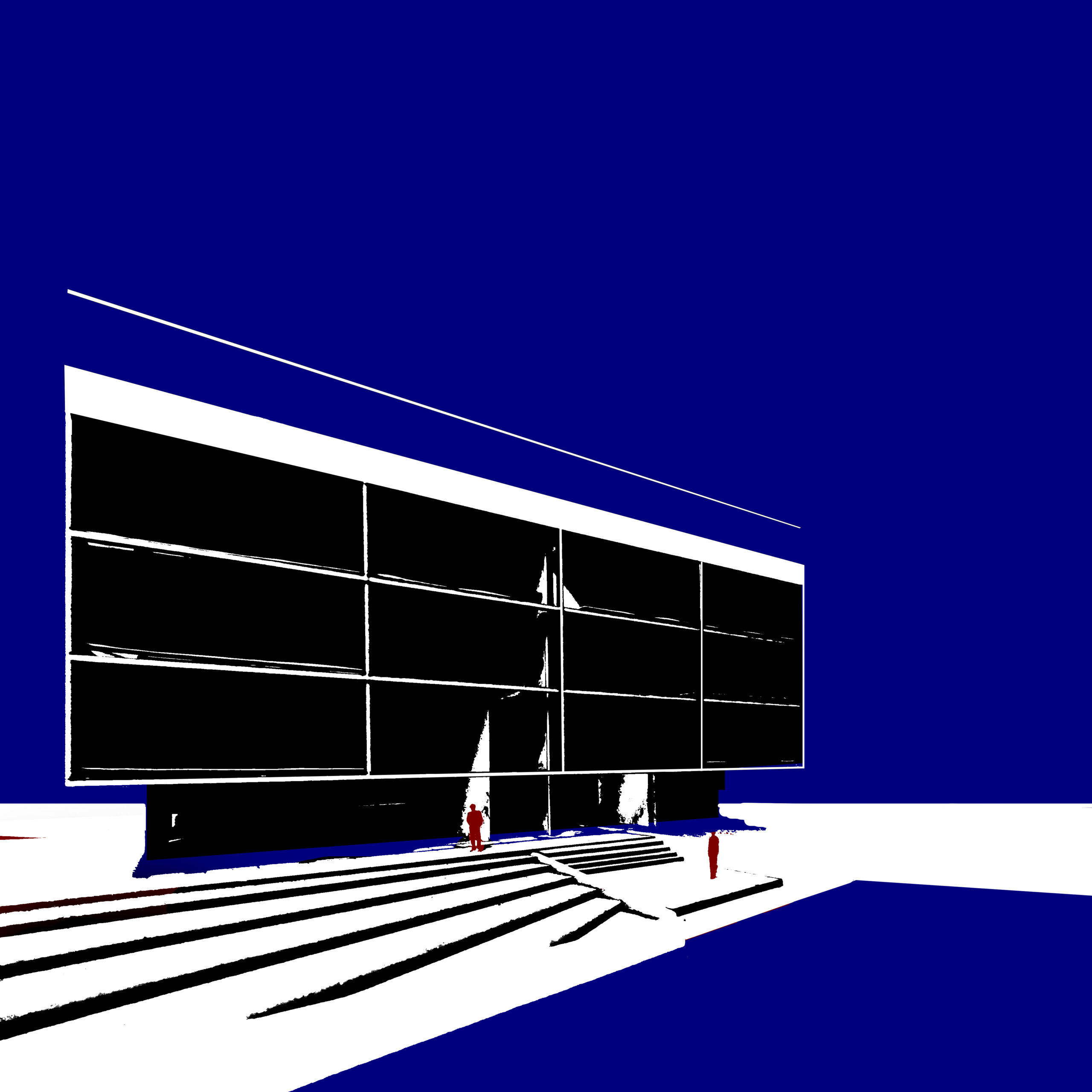 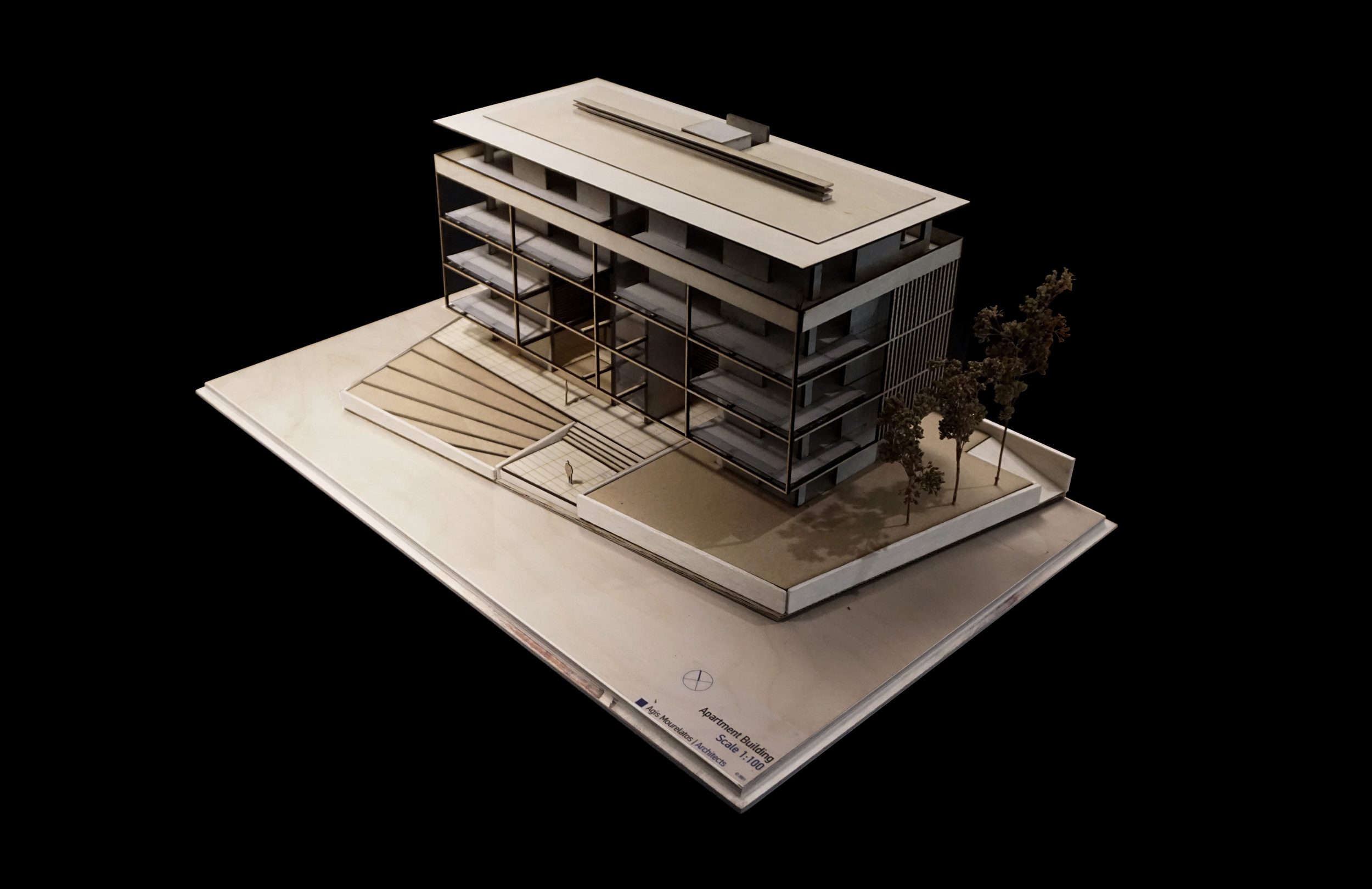 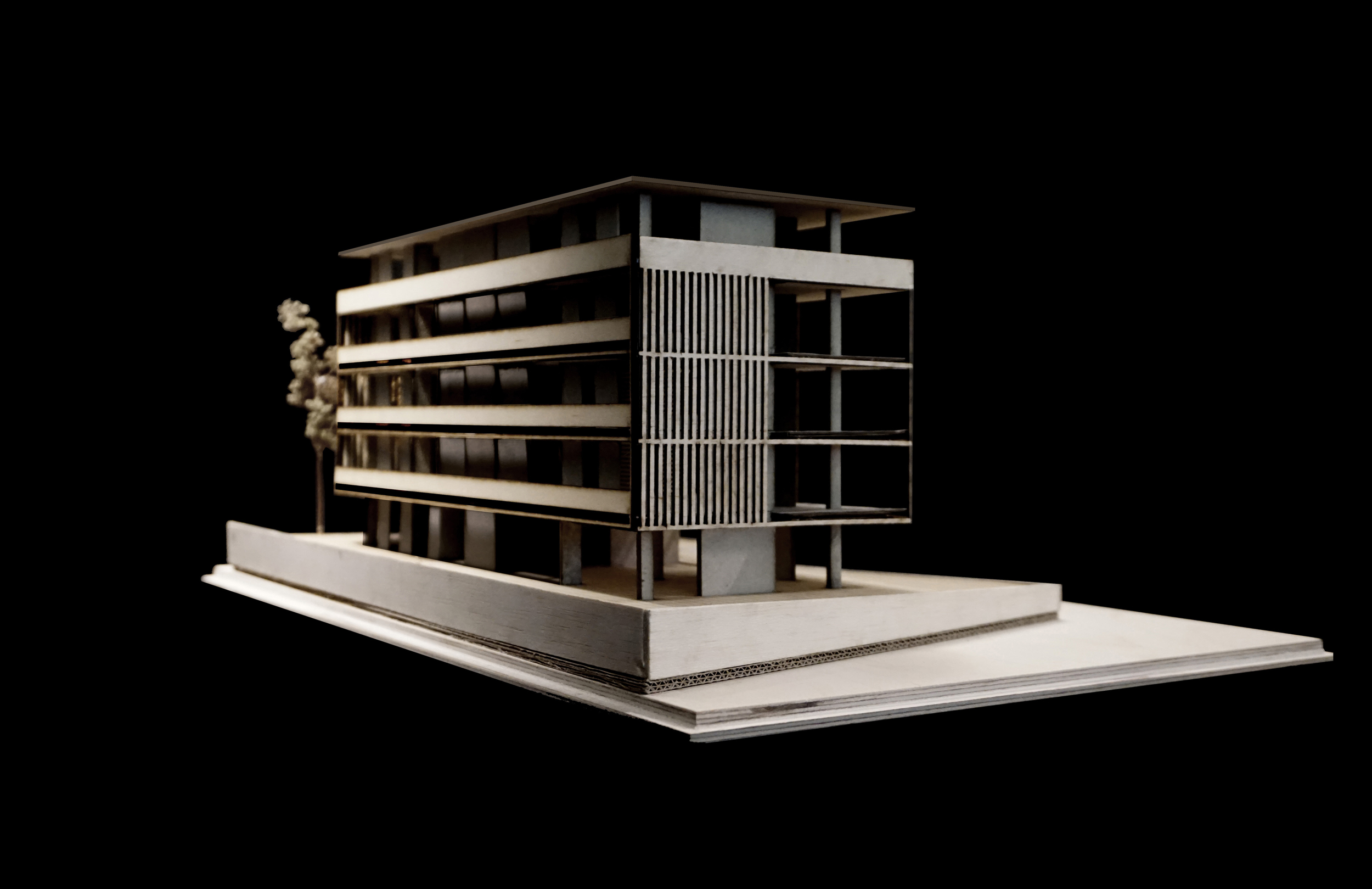 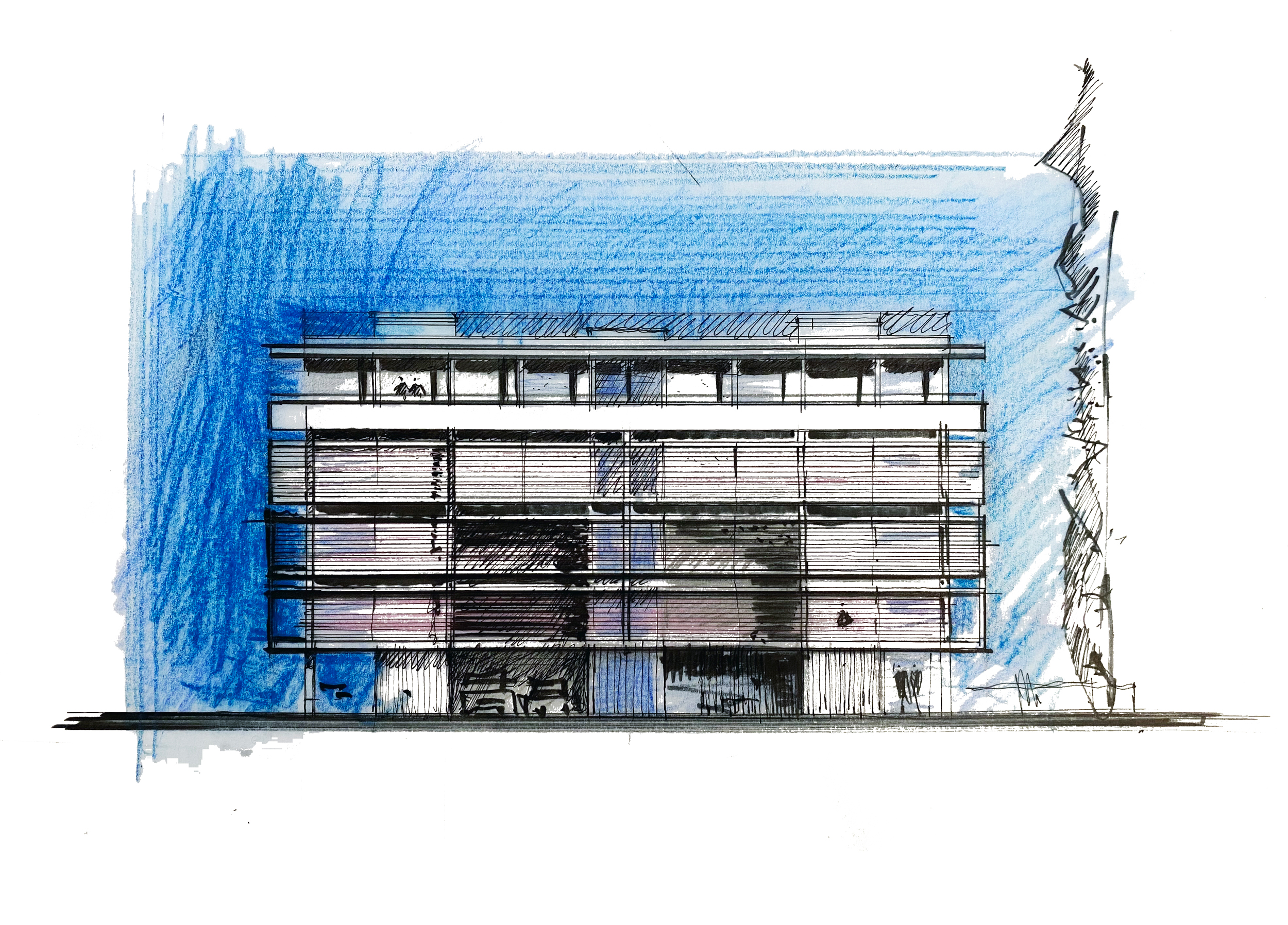 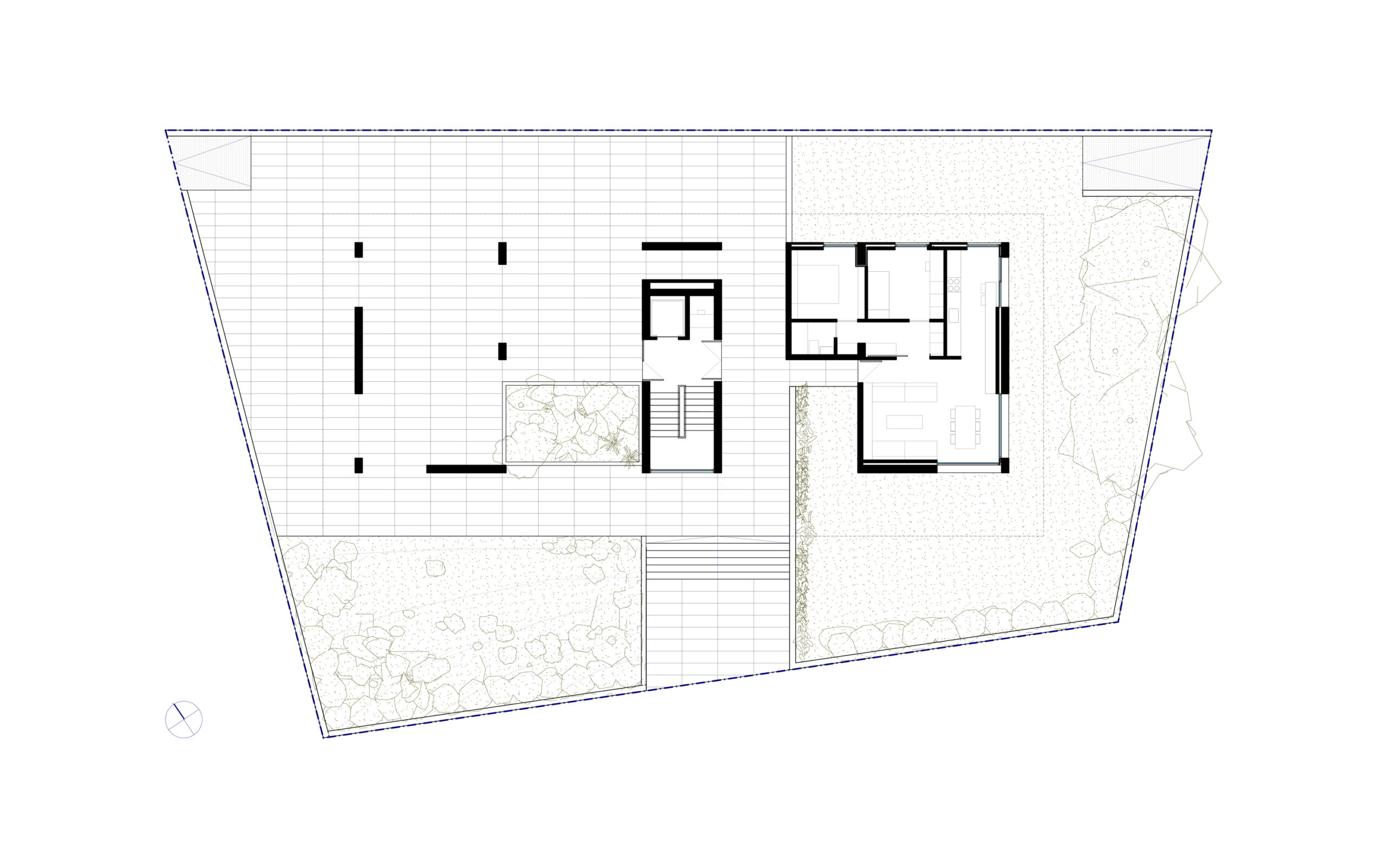 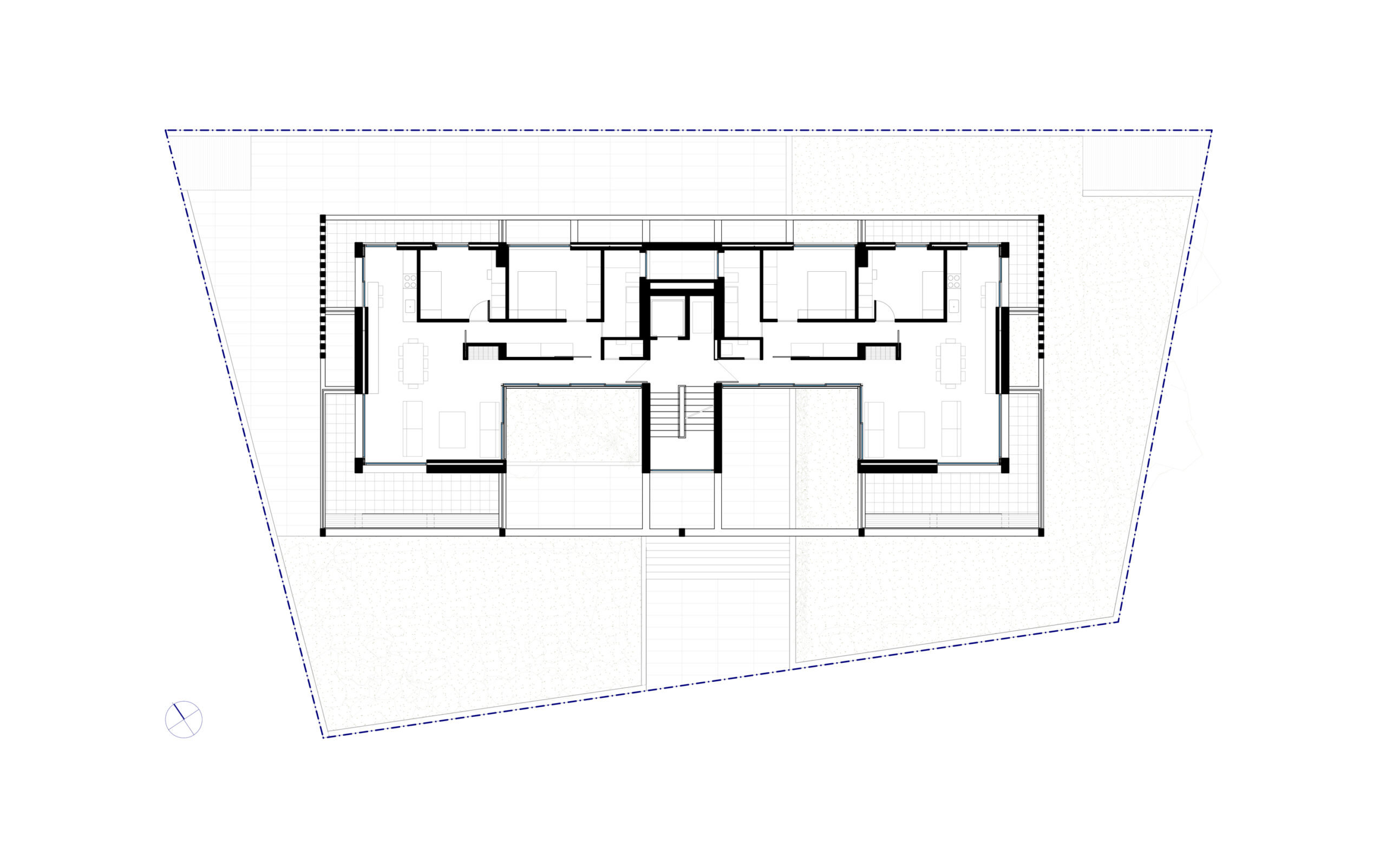 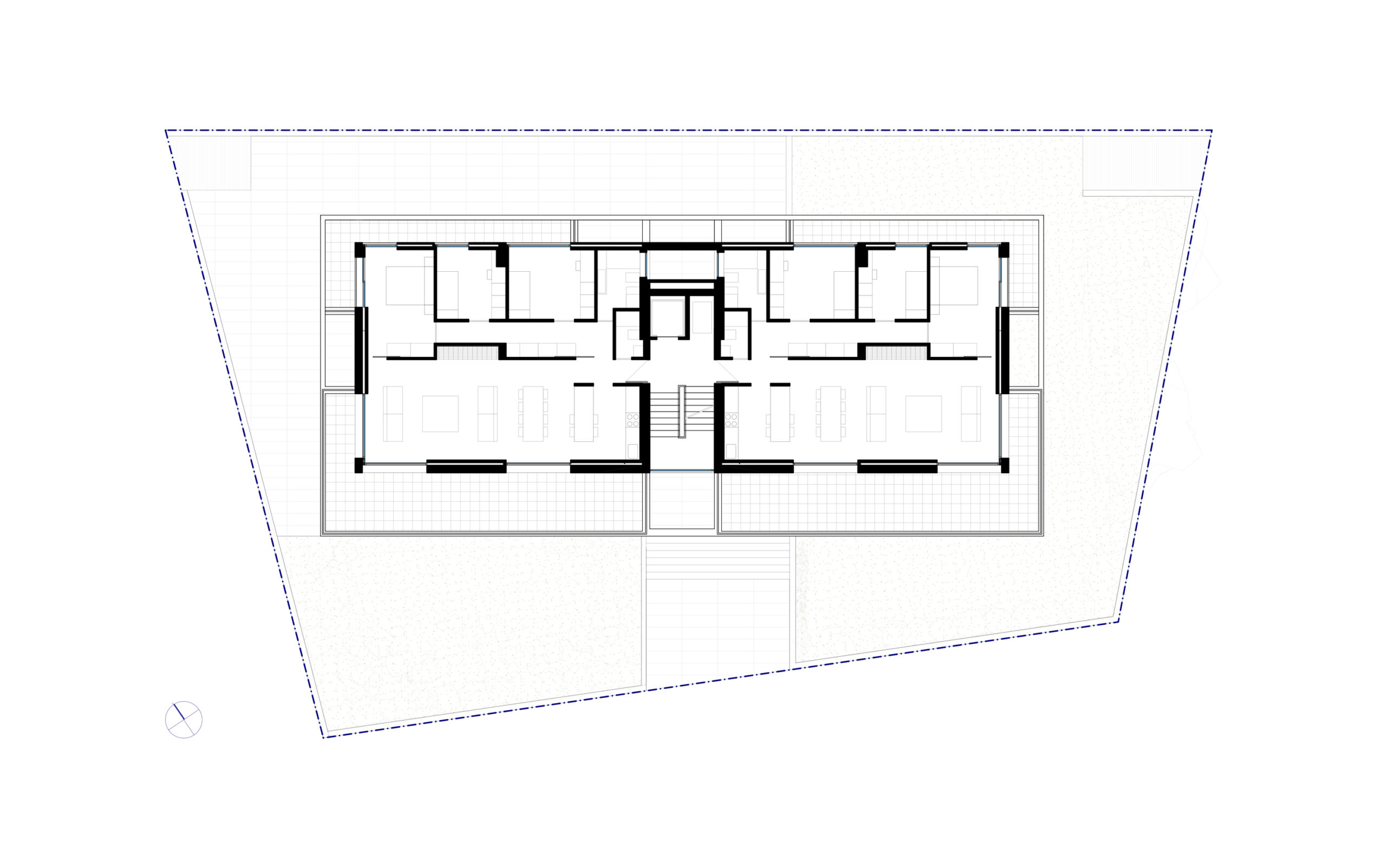 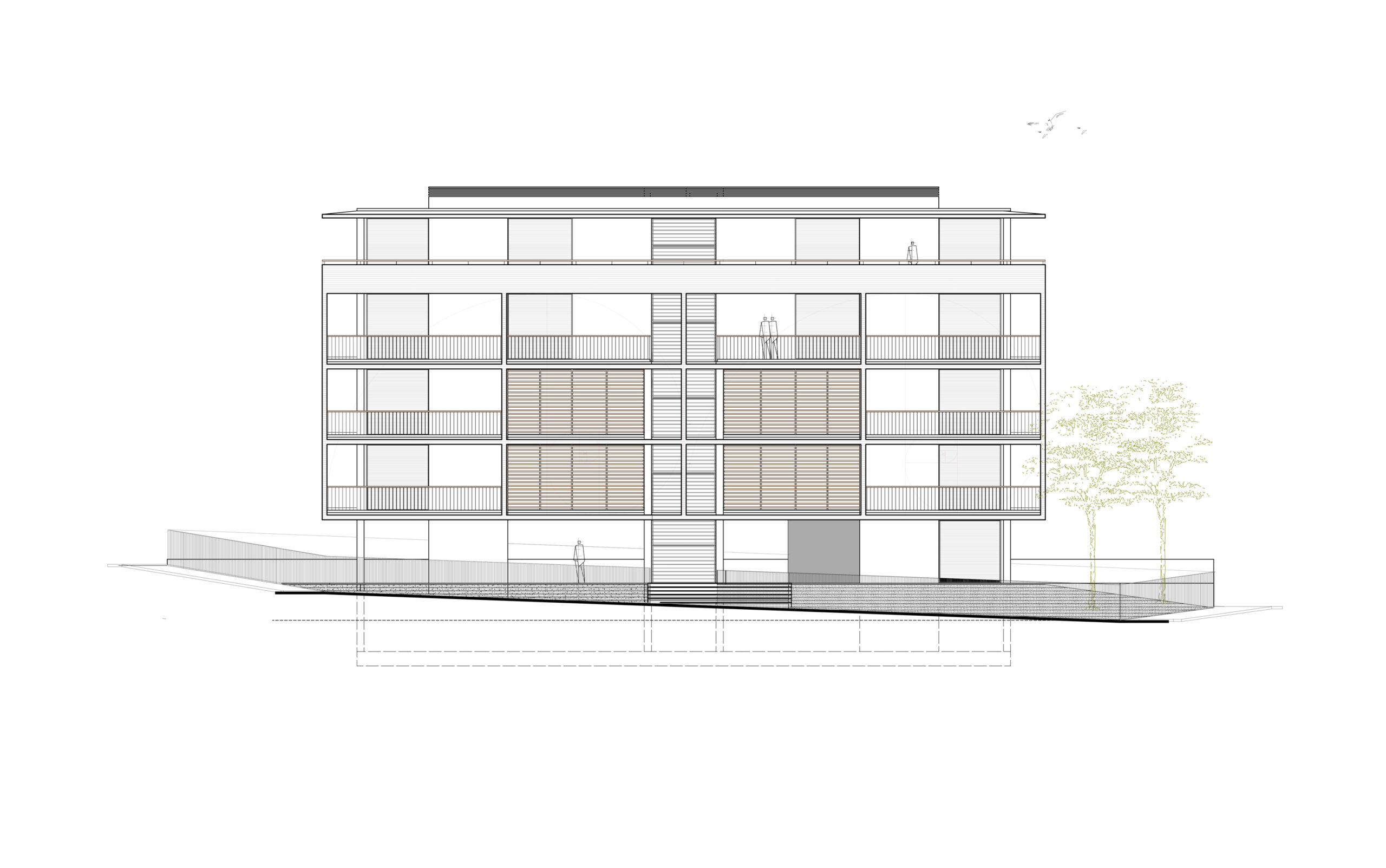 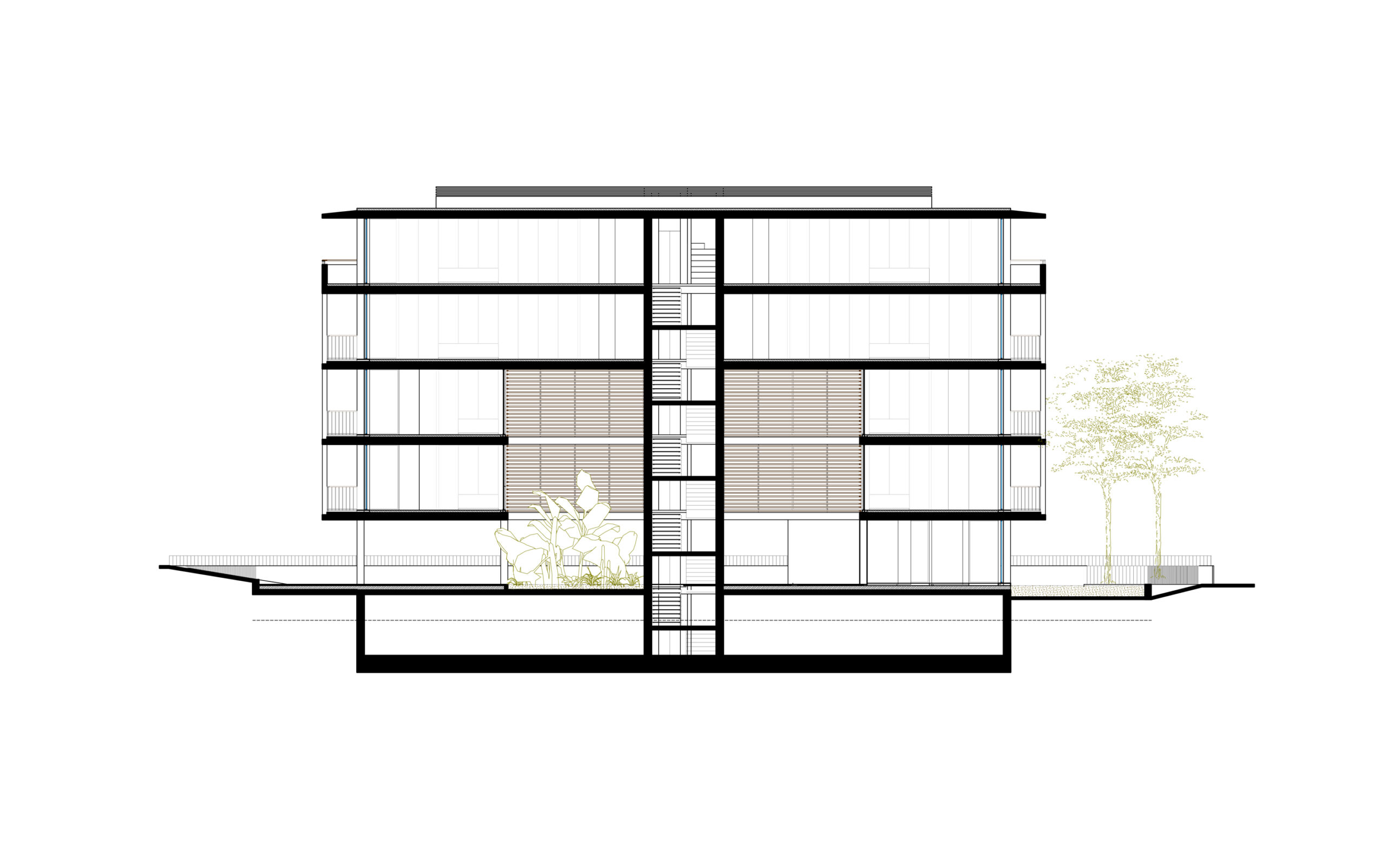 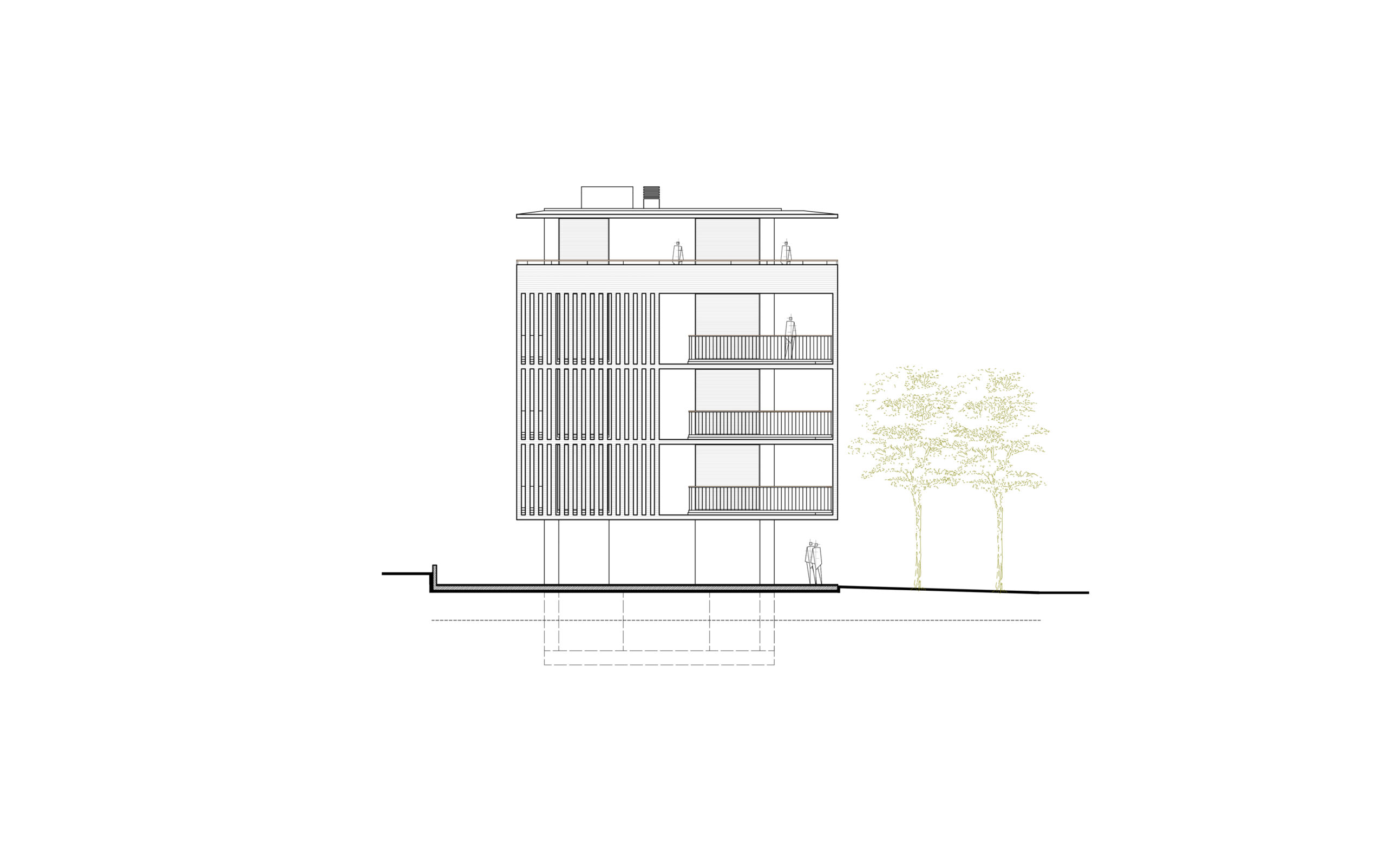 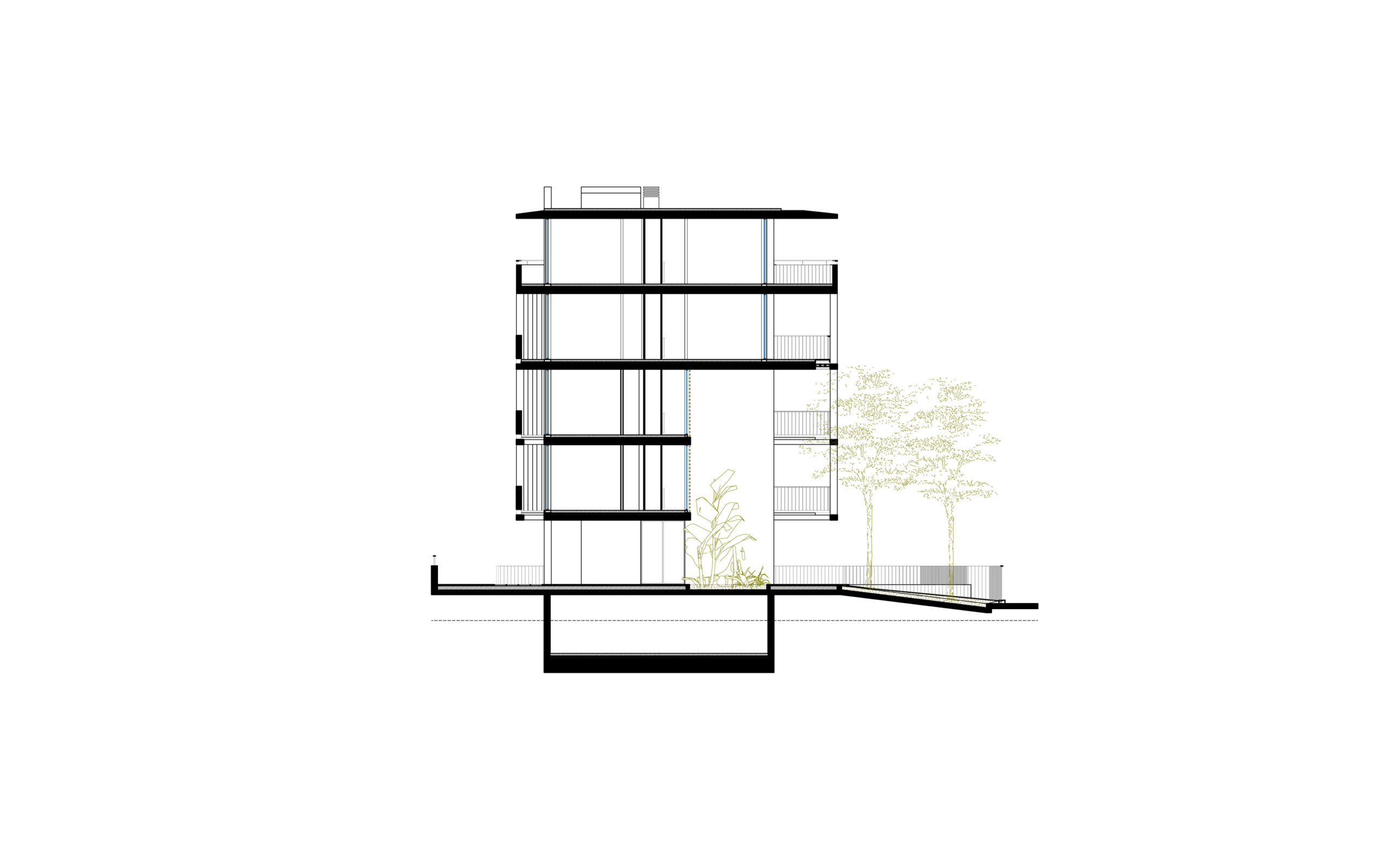 The building is in a residential area in north Athens, surrounded by three calmed roads with a distinctive neighborhood feel. The new building houses eight independent units on four floors raised on pilotis, and a house with a garden on the ground level. The block is placed at a distance from the property limits and is slightly tilted to make the best of its southern orientation.

The design relies on the elaboration of a clear geometric structure, symmetrically distributed along the central vertical circulation core. The internal programmatic arrangement of each unit leads to the creation of a recessed façade, bracketing all four sides of the volume. A second façade, in reinforced concrete, is placed at a distance, negotiating the limit with the surrounding urban fabric. Further, it highlights the internal distribution of the building, underlining its spatial qualities, such as the two structural voids on the southern façade, on the first and second floors. This creates two layers of depth, allowing the perception of the structure as a single volume.

This second façade, compositionally independent, with its own proportions and geometry, is the “face” of the building towards the city.